A questionable point related to Hotsumatsutae is that all the facts inconvenient to the Amaterasu administration have been deleted from it. To give you an example, Mikeiri whom Tamayori gave birth to is a deity later known as Kamowake-ikazuchino-mikoto and his father is Ooyama-kuinokami. The biggest question is that Hotsumatsutae never mentions any descent from the realm where Hotsuma deities lived at the reign of Emperor Jinmu and at the reign of Emperor Kaika.

Sandy gave an astonishing answer: The records at those times have been deleted. This was an answer I had never thought of. Furthermore, her answer to my fourth question indicates that it is highly likely that Iyotsuhikono-mikoto was involved in deleting such records.

This answer is also surprising and I think that it is clear that this answer was not invented by Mrs. Seiko Nakanishi in her mind. Iyotsuhikono-mikoto is my twin soul. So there is no way Mrs. Nakanishi gives an answer that gives a bad impression about him. This answer is undoubtedly from Sandy. She tells the truth.

To tell the truth, what I'm going to write now is the matter I have never told to anybody except my wife Yasuko. It is about what I explained on this blog in the past. It was Kamowake-ikazuchino-mikoto that involved in the coup of the heavenly world. There were other deities behind the scenes in the coup and one of main deities was Iyotsuhikono-mikoto. After revelation of the coup, he was executed. Many other deities were also executed at that time. But I’m not going to mention any names here. Hold a card on which you write the name of a deity. When you never feel any chakras open, it means that the deity does not exist anymore. Please check it by yourself.

In view of the above, Sandy's answers are very convincing to me. 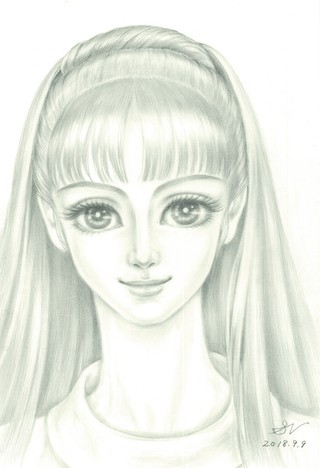 “Hello, Sandy
I have some questions. I want you to answer them.

1.Judging from the description in Hotsumatsuate , I think that "Hotsuma deities" including Amataerasu-Oomikami had the "body" of (narrow-defined) physical body mainly on the “5th layer” of the 3.0 D before the reign of Emperor Jinmu but their body descended to the "6th layer" at the reign of the emperor. Am I right?

:Yes, you are exactly right.

2.I think that the 9th emperor Kaika committed a similar mistake that Shirahito and Kokumi made and a group of Emperor Kaika descended to the "7th layer". Am I right?

:Yes, you are exactly right.

3. When a group of people around Emperor Kaika descended from the "6th layer" to the “7th layer", it seemed to earthlings living on the “7th layer" that the same group had suddenly disappeared from the sky. I have no idea how such thing had happened.

I think that Yatakarasu-no-okina’s descendants were deeply involved in the "descent of this group centered on Emperor Kaika." Would you tell me the situation in detail?

:Sorry to say, but I cannot tell about it in detail now.
What you have just said is exactly true. However, I don’t know why but the records at that time have disappeared.

I’ll check out by whom and for what purpose the records were deleted.
I’ll let you know as soon as I know.

: There seems to be related to a big conspiracy.
Important facts seem to be hidden.

It involves the author of “Hotsumatsutae .”
As you know, the author is Iyotsuhikono-mikoto.

The deity Iyotsuhikono-mikoto intentionally deleted everything of a serious event.

He did so to make your reformation imperfect.

In a word, he tried to make the reformations in the heavenly world and on the earth unsuccessful.

He did so to avoid being noticed by you.

That’s all my questions.

Masatoshi Takeshita”
Posted by Shanti Phula at 5:18 AM

Email ThisBlogThis!Share to TwitterShare to FacebookShare to Pinterest
Labels: HeavenlyMessageBySeiko