To watch over children while offering a prayer

image: pixabay
To watch over children while offering a prayer
The article below reminded me of “wholehearted child rearing.”
To put it in another way, it means to think of children’s position and single-heartedly watch over “children.” I wonder how much conflict adults have to overcome.

According to the reader who sent his essay to Shanti-phula, he thought that after getting back his experiences in childhood, he wanted to be a parent who respects his child.

I think that everyone with and without children seems likely to learn “love” for young children and “self-love” from this article.

Note:
Shanti-phula has indicated some parts of the following text in bold-faced type or in red letters.

To watch over children while offering a prayer 🍀

One day a serious letter was sent from my daughter

One day, I got a letter from my daughter who lives away from me. She is a sophomore in college.

“Dad, how did you find a job or what you wanted to do?

I did my best in the seminar of my choice but I really dislike a professor teacher as well as what I learn there. Six students have quit the seminar for the last six months and I have no motivation to study. However, I feel I’m drive into a corner where I have a lot of things to do. A new college term will start the day after tomorrow but the mere thought of it makes me never want to go.

Even if I continue to study, I have no confidence to find out what I really want to do. And if I quit studying in the seminar, I would have nothing to say when I look for a job and I worry about receiving no scholarship.

Application for scholarship for next fiscal year has already started and I have to ask the seminar professor to write a recommendation letter. The very thought of it makes me exhausted.

I would rather quit college if I can survive in the future.” 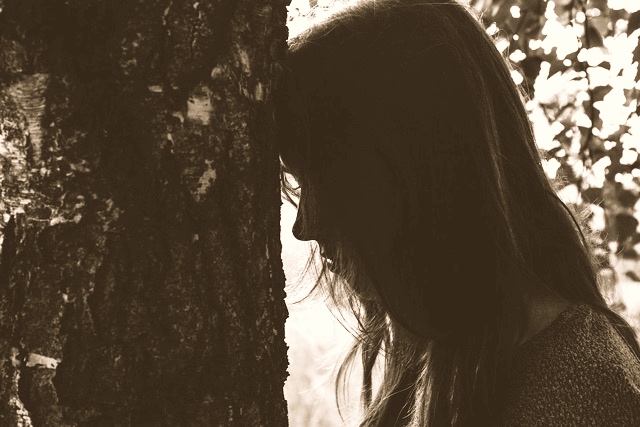 I thought that it was very serious worry for my 19-year-old daughter. The biggest problem is that she has to request her seminar professor she dislikes to write a scholarship recommendation letter. She wants to leave the seminar as soon as possible but she realizes well that she has to rely on scholarship. It was an unavoidable problem, which depressed her.

I had already decided my answer. However, I wanted to listen to what my daughter would say and invited her to come to me when she had time.

Parental relationship between my daughter and me

After my daughter went on to a local high school by bicycle, she dropped by my house, which was on the way to and from school, during a week of examinations to study for examinations. When she asked me what she was unable to understand, I taught her what I knew on the spot. When I could not answer her questions, I searched it on the Internet and conveyed what I understood to her. 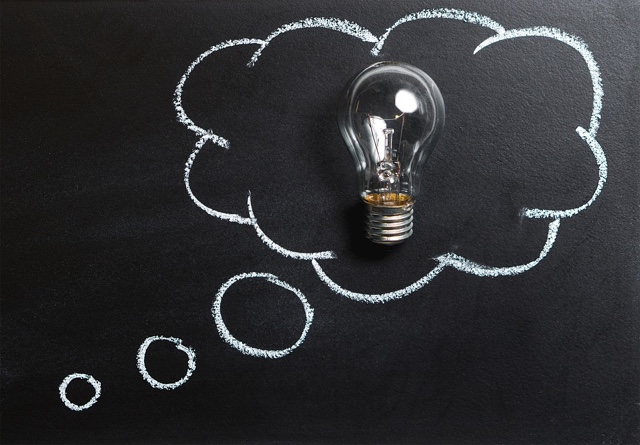 As for a university entrance exam, she was recommended by designated school. When she asked me how to prepare for writing an essay, I had her borrow a book about the past exam questions and corrected her essay for about one month., Although I’m not sure if it’s a result of her efforts, my daughter passed the exam and became a college student.

Even after going to college, she spends some time at my house every time she registers for a course, writes a report, and studies for exams.

I share such time with my daughter though we live separately.

My stance toward child rearing I have had

Well, I think that every child is the same. My daughter loved to do what she loved in her way from her childhood. When she came back from school, she and her good friends found what they wanted to do and they just played. That’s all. So I hardly interfered with her. All I did was to decide three rules about safety.

As a matter of fact, there is a reason for this. Immediately when I left my wife, my daughter was frequently absent from school for a while. This is because she was deeply hurt by the situation of parents’ self-centered divorce.The physical body failed to catch up with inner conflict. She looked so. For this reason, it was all the more necessary to immediately create an environment where she was able to concentrate on what she wanted to do.

That’s why I tried to have my daughter do what she wants to do at her own pace freely as much as possible.However, she seemed to lead a hectic college life, where she had a very tight schedule such as submitting reports, taking a certification exam and taking exams. I think that it was quite natural that my daughter, who had lived comparatively at her own pace, would feel of “being put into a corner.”

I’ll get back to the original topic. Finally, I promised to meet and listen to my daughter. And around noon she sent me the following e-mail.

When college starts, I’ll go there once. If I feel I can’t do it, I’ll visit you to talk again. I’ll go to college for now. 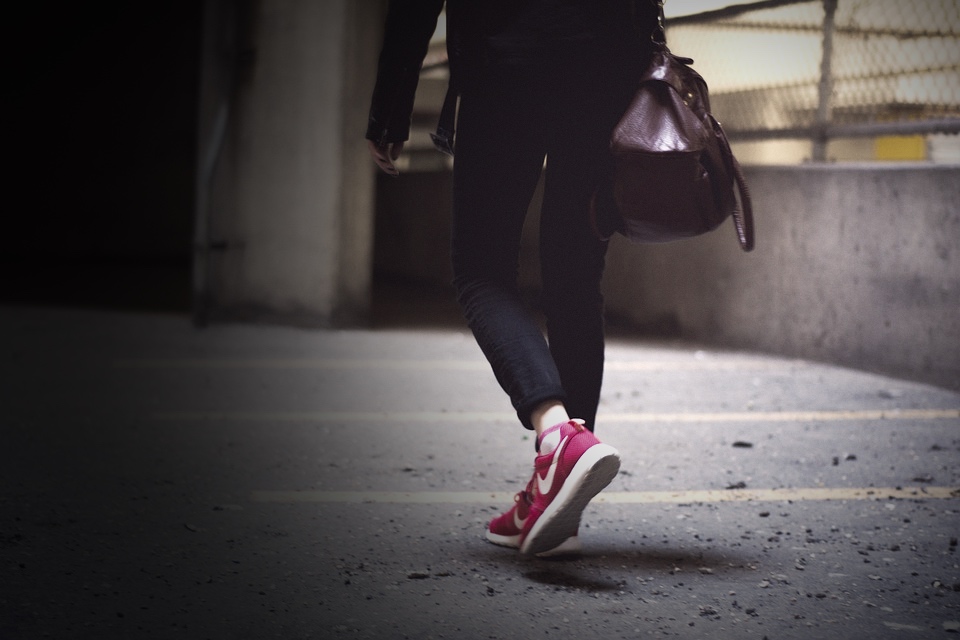 My daughter seemed to sleep until around noon. “I don’t want to go to college but what will happen if I quit?” I suppose that repeated feeling of uneasiness must have forced her to fight an inner struggle. She seemed to be tired out. No wonder, she felt it quite bothersome to come to my house.

I thought that I would visit her, but soon I thought it’s better for her to take some rest. So I sent an e-mail, just saying “OK.”

Around 5 p.m. on the day my daughter sent me an e-mail again. It said that in an industry-university collaboration class with a tourist company, she had to think about a plan in which she had to have a group of foreign students choose the local community as a trip destiny.

She had already been tired out but the task made her further tired out. Immediately I looked for information about the characteristics of the foreign tourist on the Internet and sent the information to her by e-mail, saying “I have roughly checked up on the group.” My daughter gave a reply, saying: “Thanks a lot!”

I felt a little relieved. But I wonder if this industry-university collaboration, which has completely come to stay recently, is part of “education” or part of “human resource cultivation.” My daughter sometimes looked like she was in pain, so I had a negative thought about it.

The next day, when her college started, it was a big windy day due to the typhoon. I received an e-mail from my daughter saying “I’m leaving home at 9:30 today. If the wind is strong, I’d like you to send me to the station.” I waited at home until the time when she was supposed to get on the train, worrying about how it was outside. When I sent an e-mail to her and told that the wind had abated, she sent me a reply which said “I’m going by bicycle.” Although I was wondering if it would be better to send her to the station after seeing her to confirm her safety, I just told her “Take care.”

Honestly speaking, I could not help but being worried about my daughter in email exchange. However, I thought that if I show her the slightest indication of my worry, I would put an extra burden on her. So I pretended to behave casually as usually so that I didn’t want her to worry about me.

However, I was fully aware of the fact that there was the only thing that I was able to do.
It is to pray for her.

Around when my daughter got on a bus to the college, I immediately prayed with Gayatri Mantra, saying “Mother Divine, please help me be able to give a helping hand to my daughter (the name of my daughter) as soon as she needs help.” 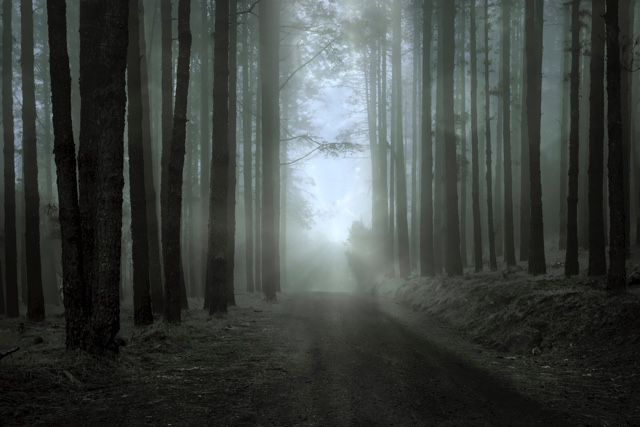 Then, at night of the day, this article was posted on Shanti-phula blog. I thought my prayer was immediately answered, because everything I wanted to tell my daughter was clearly written in the article.

Prayer is something personal. Therefore, you will understand that your prayer is not answered unless you recognize it. On the contrary, however, I think that you can feel it like a miracle in some cases even if it is the smallest thing to a third party.

It was exactly a miracle to me, because I thought this article would help my daughter out of her difficulty.

Immediately I e-mailed to my daughter and told her that the article was perfect for her sufferings and told her the URL for the site. And to my daughter who were so worn out that she said: “I don’t care leaving school if I can find a means to survive in the future,” I answered to her with the word: “My answer is whatever may happen, you can survive.”

What is to watch over children?

When I feel so, I try to think and act as her friend. Regardless of different concept of values, first of all, I try to think about what I should do to make my daughter feel safe and to put it into practice as much as I can

The important thing was not to put my daughter into a corner any more.I thought that the top priority was to make my daughter feel safe even if she quit school. It was my daughter’s heart and her existence itself for me to protect. 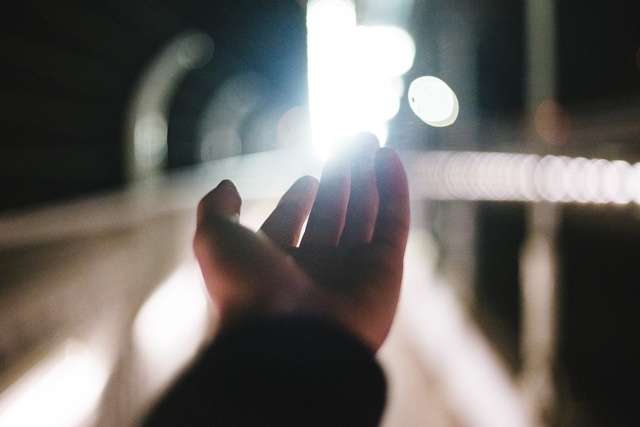 Five weeks have passed since then. My daughter goes to college. She sent me a mail saying “Happy Birthday” about two weeks after she sent the first mail. It is a proof that she is so mentally relaxed that she remembers my birthday. I’m happy to know that she seems to get better.

But the problem has not been solved. I think that she is mentally relaxed enough to manage to control my complicated feelings “for now.”

After all, the only thing we can do as parents to raise our children while respecting their personality is to watch them as closely as we can.We just stay by our children and give them a helping hand when they need our help. We don’t need to do anything special. I think that we should do as much as we can when our help is needed.

Nevertheless, if we could not find out any good way, then we just have to call out the name of your children and straightforwardly pray: “Please let me help (the name of child).” I think that we may include prayer as one of what we can do.

Please carefully look around to see if there are any children who are driven into a corner. I think that to recognize children who need help is the first step in giving them helping hand. 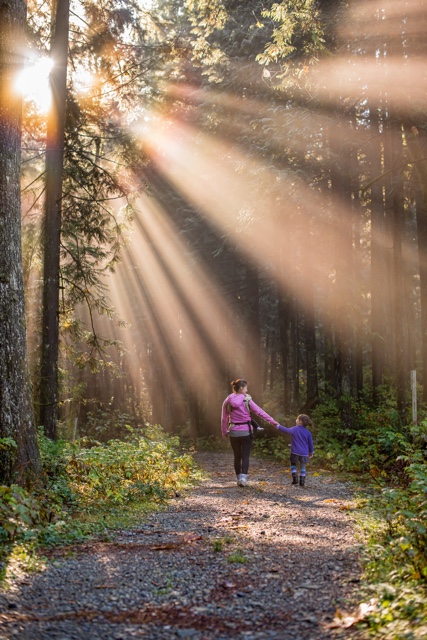