image: Wikimedia [Public Domain] & Author:Cakoko23 [CC BY-SA]
One of the Five Dragon Societies under the direct control of Yatagarasu is the Green Dragon Society (the World Red Swastika Society) – Unification of the two Yatagarasu to make the White Dragon Society and the Green Dragon Society more and more cooperate with each other
Yesterday I wrote my comment concerning Yatagarasu. This is related information. Izusan Jinja at the top of the article is the shrine I pay attention to. It is important that En no Ozunu, the founder of Shugendo, practiced ascetic training in this shrine. En no Ozunu is a special person for Yatagarasu.
Look at the map in the second article “Religion space in Izusan.” Seeing Izusan Jinja’s closeness to Hakusan Jinja would make you understand that this area has religious importance.

Next, the third article shows connection between Hakusan Jinja in Izu and WORLDMATE. The last part entitled “Aiko Uematsu (maiden name: Kaoru Tachibana) and Kukurihime no Kami in Hakusan Jinja” seems to be a joke which is a favorite subject of Mr. Toshu Fukami( Haruhisa Handa), the founder of WORLDMATE.

EmpressJingu and Kururihime are the goddesses I have been friends with in the heavenly world for a long time and they have no relation to Aiko Uematsu. Both goddesses are spirit bodies and have no physical body. Both of them are Hotsuma deities.

Kireikai and Nippon Foundation are under the control of the Japan Red Swastika Society. These two groups are connected to Yatagarasu that protects Goro Maeda, Emperor behind the scenes.

I have conveyed on this blog that Dr. Kissinger’s change in direction made the Goldman Family’s Group (Committee of 200) do the steering toward world peace. Japan handlers are now under the guidance of Dr. Kissinger.

The CSIS is the think tank under the control of the Jesus Society. As I predicted, if the Society of Jesus makes the shift to world peace in step with the Goldman Family’s Society, it would appear to me that the White Dragon Society does not need to see the CSIS as their enemy.

To tell the truth, the top elite of the White Dragon Society moves under the guidance of Yagagarasu that protects Emperor behind the scenes (the prophet).

As I told you yesterday, unification of these two Yatagaruasu organizations would make the White Dragon Society and the Green Dragon Society (the World Red Swastika Society) more and more cooperate with each other.

(1)
English translation of the Japanese version of Wikipedia 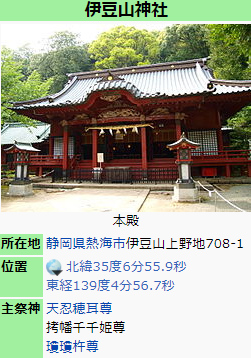 Izusan Jinja is a Shinto shrine in the city of Atami in Shizuoka Prefecture, Japan. The shrine has been known by many names in its long history, including Soto Jinja.

When En no Gyoja, considered as the patriarch of Shugendo was deported to Izu Oshima, he practiced Shugendo in the shrine. As a legend says that Kukai (Kobo Taishi) practiced Buddhism in the shrine, it was hallow ground where many Buddhists and Shugendo practitioners had spiritual training. According to an anthology Ryojin Hishou (Songs to Make the Dust Dance on the Beams) edited by Goshirakawa Houou (ex-emperor, later monk), four wonder working places are Soutou Shrine in Izu, Togakushi shrine in Shinano, Mr. Fuji in Suruga, Mr. Daisen in Houki. 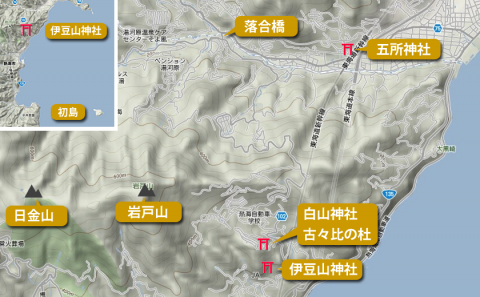 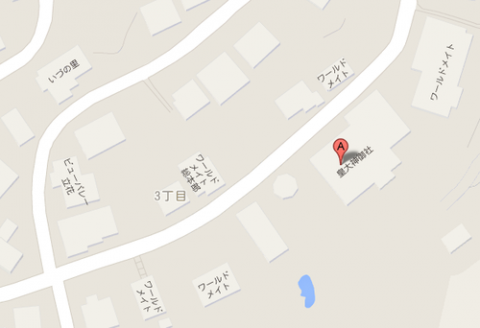 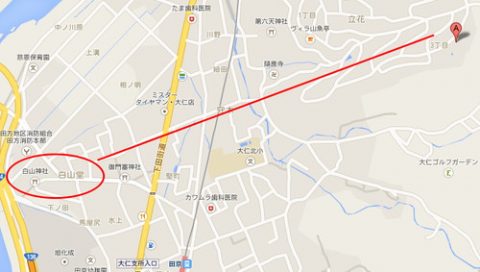 According to Mr. Toushu Fukami (autonym: Haruhisa Handa), founder of WORLDMATE, deity of Su descended to Ms. Aiko Uematsu, progenitor of WORLDMATE. Aiko Uematsu is the reincarnation of Empress Jingu and has the physical body of Hakusann Kururihime, who was the mother goddess of Kunitokotachi 350,000 years ago.

According to the statement by Mr. Toshu Fukami on March 1, 1995, Mr. Fukami met Ms. Aiko Uematsu for the first time at a meeting of Doin Red Swastika Society on January 5. 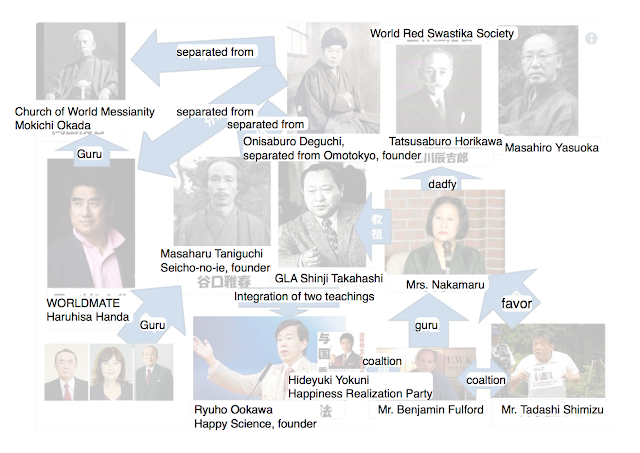 
English translation of a Japanese article: Wonder of Currency 2 –
December 1, 2016 –

Mrs. Kaoru Nakamaru’s father is Mr. Tatsukichiro Horikawa, who was president of the World Red Swastika Society and promoted the World Federalist Movement. 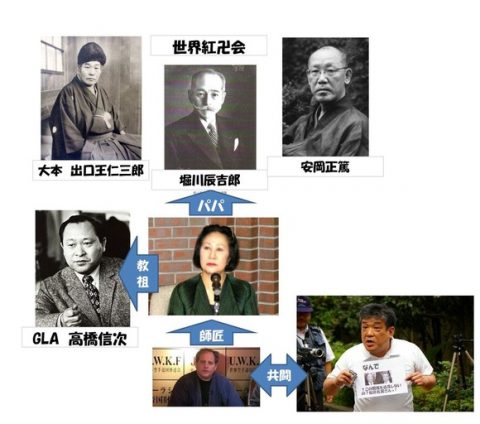 English translation of the Japanese version of  “Wikipedia”

Tatsukichiro Horikawa (1891 – 1966) was adviser of the Church of World Messianity. He was adviser of Zenrinkai and he was called the fixer of Onisaburo Deguchi.

He claimed himself to be born in Horikawa, Kyoto (the location of the former Imperial House). <snip> According to some material, he was entrusted to the Horikawa family in Fukuoka soon after birth

Sun Yat-sen, who had lived in exile with the help of Toyama Mitsuru, was about to leave home. They say that since Horikawa was not able to stay at school in Japan, Toyama entrusted Sun Yat-sen to take him to China on a day when he was 13.

Subsequently, Horikawa threw his lot with Sun Yat-sen until 1912 and devoted himself to succeed in Xinhai Revolution. At those days Sun Yat-sen introduced Horikawa to people around him as “young imperial family member in Japan.” He claimed: “Japan has entrusted us to take care of young imperial family member and this is proof of Japan’s agreement with our revolutionary army.” He used Horikawa for political purposes. This is partly basis of rumor which says Horikawa is a love child of Emperor Meiji. However, we cannot confirm the name of Tatsukichiro Horikawa in the critical biography of Sun Yat-sen.

Later, he was nominated as the president of World Red Swastika Society headquartered in Mukuden and made contribution for Japan-China peace while fighting against the Japan military clique. With the Japan’s defeat in war, he returned to Japan. His career as president of Kokusuikai led to misfortune in his life and he was arrested as suspected war criminal by GHQ. However, he was found innocent and acquitted, Kaoru Nakamaru says.

[“Green Archaeopteryx” brainwashes Hitler, which leads to formation of the Nazi]

There was a geopolitician named Karl Ernst Haushofer in Germany. <snip> He stayed in Japan as military attache for several years from 1908. <snip> He founded the Viril Society, secret society, in Berlin. <snip> Haushofer served as political adviser of Hitler in the 1920s.

Oomoto is famous for Onisaburo Deguchi. It was the “Red Swastika Society that Oomoto made an alliance with. 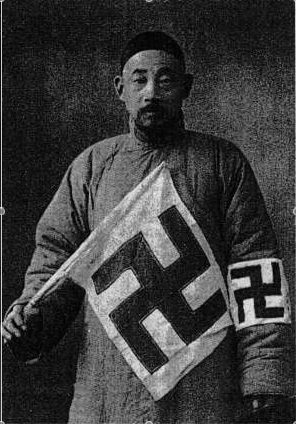 In Berlin, Hitler met the leader of Tibetan Cult who was called as “sorcerer in blue” or “man with green gloves” on a regular basis. He was a priest who had a reputation for his clairvoyance and precognition. In the press, he correctly predicted the representatives of the Nazi who were to be elected in Germany Diet three times.

Their symbol is a red swastika卍. This symbol predates the Nazisby thousands of years and is of the same ultimate origin as the Christian cross. Its original meaning is the four alchemical elements of fire.

The Red and the Blue

The Blue Dragons originate from secret Taoist groups connected with the Agartha network. Together with secret Pythagorean Order they have ignited the spark of Renaissance in Italy:

It may be interesting to note that Leonardo da Vinci was merely copying old Chinese texts for famous inventions.

Nothing more can be said about the Blue, except that some of them are guardians of the portals.