Heavenly Message by Mrs. Seiko Nakanishi 38 – Answer from Harukana-uchu-no-hikarino-mikoto-sama (Plasma Body) to a question from a reader

image: Author:NASAandtheEuropeanSpaceAgency [Public Domain]
Heavenly Message by Mrs. Seiko Nakanishi 38 – Answer from Harukana-uchu-no-hikarino-mikoto-sama (Plasma Body) to a question from a reader
There was a question from a reader about the illustration of my plasma body drawn by Mrs. Seiko Nakanishi. According to Mrs. Nakanishi, it was the question that she also wanted to ask and she got in contact with my plasma body to get an answer.

Reading the answer, I was surprised at the fact that a school in the plasma plane “exists in the 4th dimension.” I did not know that the plasma plane exists in every dimension and my school is in a 4th-dimensional place. I examined it for myself. I have found it is exactly true.

At present I have made active efforts to make the world on the earth a better place if only a little. In a living environment where I am, I find it something like a luxury to take much of my time to meditate. 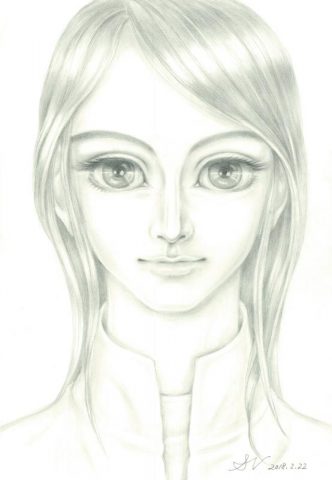 <Answer from Harukana-uchu-no-hikarino-mikoto-sama(Plasma Body) to *a question from a reader, “Haru-sama”>

As you pointed out, the plasma plane is overlapped with a significant part of the world on the earth.

Many residents of the plasma plane live a life, enjoying the part overlapped with the world on the earth and yet never interfering in life on earth.

Those who have plasma-level visual acuity can see the overlapped plasma plane.
The plasma plane is far more beautiful than the physical level earth.
However, it is a fact that the plasma plane has the same problem as the world on the earth does.
Therefore, a school has been opened so that resident of the plasma plane can learn how to live right, develop higher sense of beauty and develop personality formation by various forms of education such as school work, art and entertainment.

This school is in a 4th-dimensional place, where many teachers work hard with students. I am the principal.

As is the case with the universe and the earth, the “Law of Yama and Niyama” is established in the plasma plane. Furthermore, integrated education is provided through the same education program as in the heavenly world, in which primary subjects of study include not only acquisition of skill and knowledge but also development of 16 virtues and personality, control of ambition and feelings, and expansion of love.

There is no entrance examination. Education is provided free of charge to those who we choose.

It has not been long since the school was opened. There are almost no graduates or students enrolled at a school on the earth.
However, in a few years a great number of graduates will be active on the earth, too.

The school is located on commodious premises. Distinctive-looking departmental buildings are dotted in the bush. The buildings are connected by footpaths where various flowers bloom.

The school is located in such a beautiful place. When I spend time here, I feel a great joy for a while.

Well, you want to get my correspondence. However, my physical body made a comment by saying: I decided not to contact to my plasma body because I felt it is absurd to ask myself “How have you been doing over there?” So I refrain from having a conversation with my physical body this time. (Hahaha)

You (Nakanishi) asked me whether the illustration of my plasma body looks like me. I think it’s exactly alike. It is not flattery.
Please feel relieved. I hate flattery and lies. (Laughter)

The above is the conversation with Harukana-uchu-no-hikarino-mikoso-sama and me.
He did not have an approachable air because he looks so cool-headed and handsome. But actually, he was friendly and I felt he was mischievous. I was able to have a conversation with him, feeling relaxed.

*Note: A question from Haru-sama