image: pixabay[CC0] 1 & 2
Gun confiscation will trigger an all-out civil war / Confusion in Syria caused by the NWO globalist cabal
I think the article below is a well written article. What is written in the article is basically the same as what I have told on this blog.

This kind of thinking has been called a conspiracy theory. However, as clearly shown by the facts of Syria’s civil war, it has already common knowledge that the Pentagon, CIA, Mossad and M16 created and trained Daiesh (ISIS). Confusion in Syria is caused by the NWO globalist cabal. It is not so-called conspiracy theory but conspiracy itself.

As written in the article, this is an agenda to promote the Great Israel Plan and “put Europe into a cauldron of tension and confusion” with refugees.

The NWO globalist cabal intended to dissolve European borders with riots caused by influx of refugees and make Europe a United States of Europe like the United States of America. However, it is clear that the plan has not succeeded.

I agree with the conclusion of the article. Any attempts to foist a One World Government onto the planetary civilization will fail dismally.

Excerpt from a Japanese article: Design of Creation Society – February 24, 2018 – 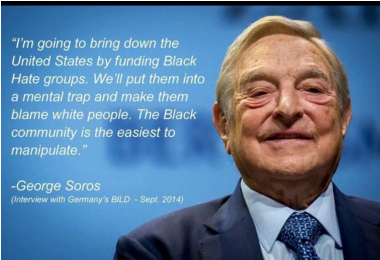 Each European country that legislated against gun rights experienced mass shootings prior to the new laws regulating firearms.

You know the wealthy elites are getting very desperate when they try to pull off such a transparent terrorist attack like they did in Parkland, Florida on Valentine’s Day.

Whenever a false flag school massacre (this one may also be a total hoax) is so obvious, the government-sponsored terror operation simply loses its punch.  And so it has… and rather quickly, too.

Within minutes of this false flag terror operation at the Marjory Stoneman Douglas High School, the Internet was ablaze with evidence of yet another alphabet agency-run psyop.

The Very Deep State is well aware that the upcoming disclosures of outright treason will torpedo their entire enterprise to fabricate the North American Union (NAU) modeled after the European Union (EU).

The power elite know that their days are numbered.  There is enough hard evidence on the Internet to indict and convict the whole NWO criminal cabal.

As a result, the American people can expect there to be more mass shootings and bombings until something really starts to give.  The patriot movement will NOT budge an inch where it concerns gun control.

As for the carefully hidden architects of the New World Order agenda, they are genetically hardwired to do whatever it takes to accomplish their utterly absurd and ill-fated goals.

Given this devolving scenario, any attempts to foist a One World Government onto the planetary civilization will fail dismally.