Evil forces are existential danger – It is highly likely that almost all people on the earth will be inflicted harm on by demonic forces! Never forget to chant Gayatri Mantra to protect you from evil.

image: pixabay [CC0] 1 & 2 & 3
Evil forces are existential danger – It is highly likely that almost all people on the earth will be inflicted harm on by demonic forces! Never forget to chant Gayatri Mantra to protect you from evil.
Reading the article below, we can understand that the Trump administration got off to a good start. As a matter of fact, this kind of thing is of more essential importance than many people think. Humans become spirit body after death. This is the same with animals, plants and mineral. Some spirit bodies have a good feeling toward humanity and others have a bad feeling toward humanity. In reality there exist gods, divine spirits and demonic forces.

Strictly speaking, god and divine spirit are different concepts. However, I’m not going to refer to it here. Many life evolves sequentially from mineral to human and finally to deities. During the process some beings join in Darkness and do wrong like taking part in destroying the earth.

Mr. Corey Goode has rare experiences and his information is highly reliable. He says that Blue Avian told him that he is far from being liberated. I can intuitionally confirm it.

Even Mr. Corey Goode has not attained liberation. Therefore, a pastor is merely a beginner in spirituality. It turns out that almost all people on earth are highly likely to be inflicted harm on by demonic forces.

Looking at a picture of Ramakrishna Paramahamsa, who was called the Incarnation of God, we can see that he has the chakras possessed by demonic forces. However, channelers easily make it public that “you will never be affected by demonic forces as long as you raise your awareness.”

Evil forces are existential danger. Never forget to chant Gayatari Mantra to protect you from evil.

Excerpt from a Japanese article: Design of Creation Society – February 12, 2018 – 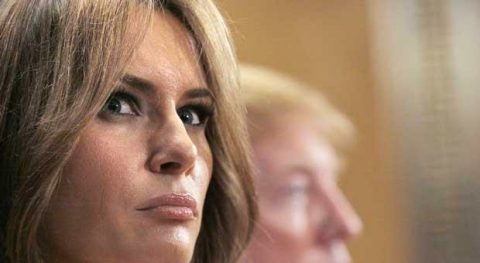 First Lady Melania Trump demanded that the White House be spiritually cleansed of 'demonic forces' prior to moving in a Pastor has claimed.
http://www.neonnettle.com/tags/white-house

Pastor Paul Begley claimed in an interview with The Weekend Vigilante with Sheila Zilinsky that it was Melania’s desire to “completely exorcise” the White House from negative forces.

“When the president allowed 40 pastors to come into the White House and anoint him with oil and lay their hands and pray on him—seven times he’s done this—that is unheard of,” Begley stated.

Melania told Trump after he was sworn in as the 45th president of the United States that she was not going to the White House unless it was "completely exorcised" - President Trump reportedly agreed.

Infowars reports: “During that five hours when they were ripping out carpets and changing drapes, there were people in there packing up every idol. The only thing that was left, Sheila, was one cross on one wall. They cleansed the White House. They had people in there anointing it with oil and praying everywhere.”
https://www.infowars.com/melania-had-white-house-spiritually-cleansed-before-moving-in-pastor-claims/

Begley added that previous administrations had left demonic symbols at the estate, and elaborated on the Clinton’s fascination with Haiti and voodoo:

“[A]pparently during the eight years when Obama was there, and maybe even some of the presidents before him, there were all kinds of idol gods and images and all kinds of artifacts in there that were demonic, even some of the stuff from the Clinton era because they were really tied in with the Haitians.”

“I can tell you, you can read the “Serpent and the Rainbow” story and find out just how much Haitian witch-doctor influence was on Bill Clinton and Hillary Clinton’s lives,” Begley added.

Pastor Begley says while the Trump’s acts may seem overboard, they are necessary in the arena of spiritual warfare.

“This was a major spiritual – it might sound like overdoing it, a little excessive,” he said, “but you’ve got to take the seat of authority when you go into spiritual warfare. You start with the spiritual authority and then it goes on from there out. I think that that might have been where this whole thing began, in a mighty way of exorcising the demons.”