Hurricane Maria was not weakened but gathered strength: Deities’ neglect of duty behind

image: 1
Hurricane Maria was not weakened but gathered strength: Deities’ neglect of duty behind
I conveyed that a 33-day cosmic window which opened at the time of total solar eclipse in the U.S. shut at midnight on 24 (JST). During this period the ruling elite have caused disasters to the world by all possible means including weather weapons. From the article I pick up, we can imagine how hurricanes weaken in parallel with the closure of the window.

I have not often made mention of deities behind natural phenomenon. Since the window shut, however, I’d like to slightly mention this event.

When reading the article posted by In Deep, I learned that Hurricane Maria upgraded to “Category 5” on 19 and I felt strongly uncomfortable about it. That’s because I had ordered deities to weaken weather warfare geoengineering made hurricanes.

It is the deity expressed as “Nu” in Futomani Divination Chart who directly receives orders from me. Deities have their own plans and I am in a position to respect their decisions. Such incident would not have occurred unless I had given directions to deities at the wrong timing. But this was presumably not the case. My intuition tells that it was caused by deities’ neglect of duty. So I sent a message directly to deity “Nu”. As I am not a psychic, I cannot see deities or hear their voice. I asked my 25 wives to directly hear the excuse of deity “Nu.” I strongly said at the end of my message: “If you never can convince all my wives of excuses you give, I’ll impose on you a severe punishment including removal of office. You’d better be prepared for it!” Immediately her vibrations decreased to Darkness. At that time I felt she would be dismissed and probably her soul would disappear.

This deity “Nu” is Bernadette Soubirous, a French saint famous as Our Lady of Lourdes. She was promoted from human to deity in the heavenly reformation. And the position of deity “Nu” in Futomani Divination Chart is extremely high position, which is equivalent to humanized divinity Brahman, creator of the universe, or Goddess Saraswati, wife of Brahman in Hinduism. However, her neglect of duty was due to a love affair, which reminds us of Korean President Park Geun-hye in the sinking of MV Sewol. I am at a loss for words.

It seems that she was not dismissed but she was executed at 9 pm on September 20.

This incident made me mad. In the morning on September 23, I personally sent a message to Hamayuusakusatomiya-himemiko-sama, one of the four supreme deities in Sirius System to ask her to investigate all deities in Sirius System Earthly Deity 5th Level. I told her in the message that probably five deities would be dismissed and eight deities would get a strong warning.

My prediction came true. It seems that five deities were dismissed and then their souls (Jiva) disappeared in the morning today.

I thought they might not understand that Misakitakakunoboru-himemiko-sama, Central Sun goddess, always takes control of the acts of deities in the heavenly world and I have direct access to the data of such acts. It is easy for me to punish deities who act wrong because I have many close friends in the heavenly world.

I thought that there are many foolish deities who believe injustice will never be exposed because I cannot directly see or hear their acts.

To be specific, there are limitless stories of this sort. Since it’s never enough to pick up these things on this blog, I have never mentioned them. However, I have been totally disgusted with this incident and I’ve decided to write about it.

English translation of a Japanese article: Walk in the Spirit−September 23, 2017 – 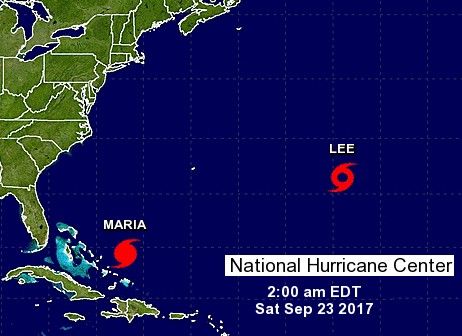 Oh, Hose has disappeared!?
I think this is observer effect:
It is the fact that simply observing a situation or phenomenon necessarily changes that phenomenon.  <snip>  Given the kind of hurricane Hose, the hurricane got global attention (because of another dimensional being involved) and was wiped before reaching New York!?
<snip>
Excursus)
It disappeared from NOAA site but still alive!? 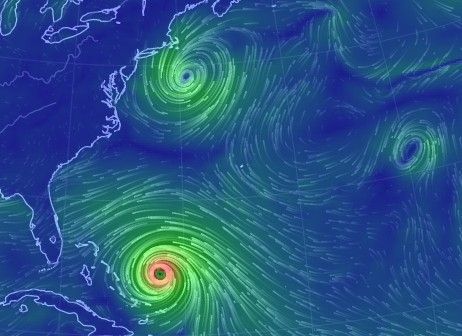 The U.S. and the Caribbean countries have just suffered damage from the two big hurricanes “Harvey” and “Irｍa.” A seemingly main hurricane takes a similar route. The name of hurricane, which has upgraded to Category 5, is “Maria.” The hurricane has the same spelling of Virgin Mary called in Spanish-speaking countries. Satellite sent a thermal imaging is as shown below: 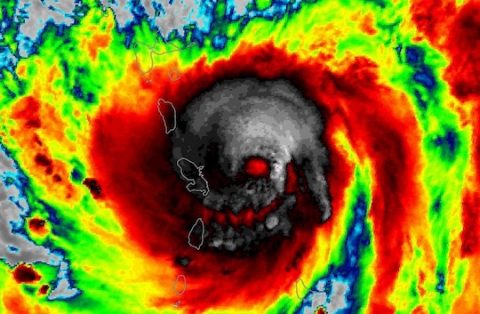 “Maria” is approaching the islands ofMartinique and Dominica
<snip>
Incidentally, this “Maria” with skull face was Category 3 until September 18 but upgraded to “Category 5” in the morning on September 19 (JST). 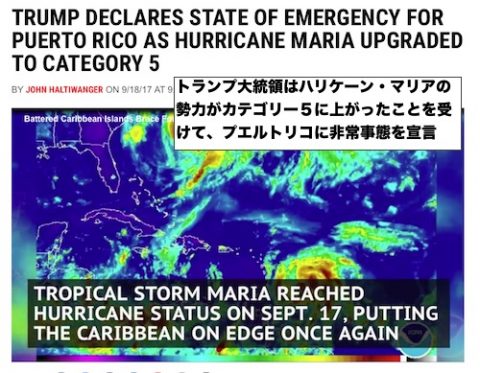