On this blog, I have recommended that you always lead a life based on the laws of the universe, Yama (universal morality) and Niyama (personal observances). I believe that Putin personally shows by his words that these things will become global standard in the future.

President Putin holds true to his words, while the Western leaders represented by the U.S. often take an action which is completely opposite from what they say. I think that the U.S. should change their way and hold true to their words to lead the world toward peace in the future.

The second article says that we have to determine if Mattis and Pompeo could really control the military deployed by relevant agency in Syria as Secretary of State Tillerson wishes. I think that is exactly right.

The article mentions a “tentative cease fire in Syria” which lasted for only five days in September last year” and says that Russians criticized an intentional wrong attack by the coalition of the willing led by the U.S. and Foreign Minister Lavrov criticized General Joseph Dunford…..”

From the start, I have commented that General Joseph Dunford belongs to the Cabal and he is never a reliable person. However, he was simultaneously the Interim President of the Republic of the United States of America which tried to build a new financial system in cooperation with the Dragon Family. I have considered him as a power-oriented, dubious person. In my opinion, he switched to the SSP Alliance in a failed coup attempt in Turkey last July.

The remaining resistance forces are the Rothschild family and the neoconservatives.

English translation of the Japanese article of Sputnik – July 17, 2017 –

What is the most important quality in a leader President Putin considers? 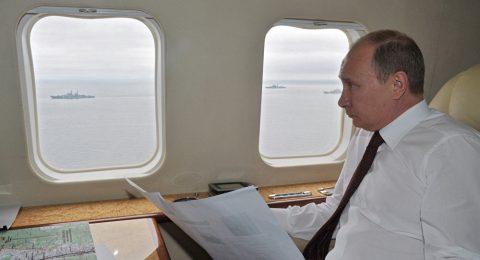 President Putin said at a meeting with employees of the Lebedinsky Ore Mining and Processing Plant that he considers decency is the most important quality for a leader, Sputnik reported.

President Putin noted that the leader needs both professionalism and modern knowledge but the key quality is decency.

“This decency is superimposed on everything elese. If this basis, if this foundation, is not there, all the rest is meaningless.”

He also added that the second important quality of the leader is the “ability to learn constantly from those who are better than you, in this or that area.”

According to earlier report, President Trump said that regrettably he forgot to ask President Putin about whether the Russian president had supported him or not.

It depends on specific action whether improvement can be seen in the bilateral relations between the U.S. and Russia in the near future.

I wonder if President Trump will never allow the U.S. military and intelligence bureaucracy to stick to insubordination and he will succeed to align them under cease-fire policy.

Secretary of State Rex Tillerson has to bring the Pentagon and hard-liners of the CIA to his knees. Tillerson probably expects Defense Secretary James ‘Mad Dog’ Mattis and CIA Director Mike Pompeo to control “moderate anti-government forces” which the U.S. supports through the U.S. forces and agents dispatched to Syria.

However, we have to determine if Mattis and Pompeo could really control the military deployed by relevant agencies in Syria.

Last fall, a tentative cease-fire in Syria was realized. However, it lasted for only five days (from September 12 to 17).

With regard to the resistance of the Pentagon and the mistaken air strikes against the Syrian government army,  <snip> Russian Foreign Minister Lavrov criticized Chairman of the Joint Chiefs of Staff Joseph Dunford who expressed in the Senate that he opposed to share information with Russia.

Lavrov pointed out the resistance of the U.S. military bureaucracy and added: “It is really difficult to work together with such partner.”