Origin of Cintamani Stone and its role – Final purpose is liberation of Earth or destruction of it?

image: 1
Origin of Cintamani Stone and its role – Final purpose is liberation of Earth or destruction of it?
A series of Cintamani Stone project seem to be in progress. I’ll reveal the true meaning of the project some day in the future. Before that, I’m going to tell you what Cintamani Stone is like and what is going to be done so that you can get a rough idea of it.

According to the article, Cintamani is a sacred stone which came from Sirius star system. A planet orbiting Sirius A exploded and some of its fragments reached Earth, which are called Cintamani stones. This explanation is exactly right. According to the article, “in the last 26,000 years, the positive Agarthans were guardians of Cintamani stones.” We can expect from this that such fragments dropped as meteorites to Earth about 26,000 years ago.

A picture of Cintamani stones is posted. Every stone emits very bad vibrations, vibrations of absolute Darkness. Why do they consider that the stone emitting vibrations of Darkness filled with so negative energy is a “holy stone”? This is the first question we raise. And we have another question: why did a planet originating from Cintamani stone explode? Information from Cobra basically lacks in explanation on such an important issue.

It is very dangerous to wear a stone which emits vibrations of Darkness. It is highly likely that the holder will be drawn into Darkness. And yet Cobra recommends people to hold this stone. I doubt that Cobra has ability to fundamentally increase the vibrations of this stone. Therefore, I have doubts about their true intentions.

According to the second article, it appears that a project to position Cintamani stones in important points on the planet, such as Long Island is in progress. Volunteers who don’t understand the purpose are positioning such stones. According to the article, “Cintamani stones positioned under the ground serve conduits of the energies of Compression Breakthrough when the Event happens.” I think we can literally interpret as what is written.

According to the third article, there is the Chimera underground facility under the soil of Long Island, where black stone, which is a big hadron made of top/antitop quarks, exists.

We can foresee the following scenario, based on the statement on the Event Cobra often makes and the articles below. The Galactic Superwave emitted by the central sun of the Milky Way will reach Earth. If the veil of the Kimera group is destroyed by Tachyon Chamber, this Superwave will reach the surface of Earth. At this time, from important vortexes where Chintamani stones are positioned, the North Pole and the Antarctica, Superwave will be derived into the core of Earth. The wave will reverse and cover the whole Earth and spill out of Earth. If Black stone is not removed at this time, the stone will get unstable and probably destroy Earth itself.

It is likely that the former Sirius A was destroyed like this. I wonder if Cobra and those behind him really try to liberate Earth or try to destroy Earth just as their peers did destroy planets.

Judging from the fact that members of the Resistance Movement, whose messages Cobra communicates, emit vibrations of Darkness which are full of negative energy, all I can presume is that they have a covert motive, which differs from the messages they convey. This is the reason why I always give a warning: Keep away from Darkness. However, many people who call themselves light workers seem to be cleverly talked into helping Darkness as a result.

Cintamani is a sacred stone which came from Sirius star system. Millions of years ago, during a Galactic superwave, a planet orbiting Sirius A exploded. Its fragments traveled in all directions, some of them reaching Earth after long journey through interstellar space. 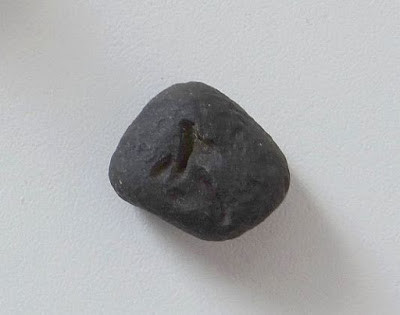 In the last 26,000 years, the positive Agarthans were guardians of Cintamani stones. 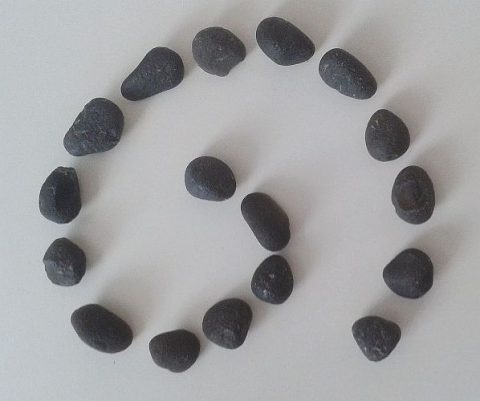 Dedicated teams are positioning Cintamani stones in flower of life grid patterns in the most important key vortex points on the planet, such as Long Island:

And many others, especially in east Asia.

Cintamani grid around the planet is one of the major tools for manifesting the planetary Light grid. Your own personal cintamani is your own conduit of the energies of Compression Breakthrough when the Event happens.

From false vacuum to true vacuum

Black stone is a big hadron made of top/antitop quarks that were created by the Chimera millions of years ago in huge particle accelerators (Dyson rings) that were able to produce temperatures above the critical temperature of 2 trillion Kelvin, needed for black stone creation.

For about 7 million years, the black stone was located on a planet orbiting Rigel star system (which was the center of the cosmic anomaly during that time) and was then brought to Earth from Rigel through the Taurus cloud plasma filament in 1996:

It is now located in the Chimera underground facility near RHIC collider on Long Island.