image: 1
Moderates of the Cabal push population reduction agenda: Elimination of “Undesirable eaters” with Genetically Modified foods
According to the article below, agribusiness’ GMO-corporations were merged worldwide and three gigantic corporate groups control the genetically-modified foods. Monsanto was taken over by Bayer AG of Germany. According to the reference source, since Monsanto had become identified in the public mind as pure evil, Bayer whose image is not so bade as Monsanto stepped in, but Bayer made gas for the ovens of Auschwitz during WWII.
According to the author, the real goal of GMO is the elimination of what they called “undesirable eaters.” To put it another way, it is the population reduction agenda without taking drastic measures like World War III. This agenda is pushed by moderates of so-called Cabal. They think for sure that they do good for Earth and that if “undesirable eaters” are left as they are, it will lead to significant destruction of the earth environment.
They believe themselves to be equal to the gods of Olympus and try to reduce global population in various ways so that stupid masses will not destroy the earth any father as if they were kind-hearted cat lover aunties who get cats neutered out of good will without the consent of the cats. We humans don’t need to get the consent of cats. The same is true of the moderates who believe that they are equal to the gods and don’t need to get the consent of the public. Their thought is based on eugenics; they seem to think that it is the law of nature that inferior races are doomed to die out and they have the right to wipe out such races.
We belong to the group of the eliminated. In Japan, young women are given vaccines against cervical cancer. You have to judge whether this vaccine is just for prevention or as a part of population reduction agenda. There are victims worldwide who have suffered from severe damage of cervical cancer vaccine. What is the reason why the government never tries to stop giving such highly risky and meaningless vaccination? In Japan GMO foods are available in large numbers. GMO foods are used for seasoning on the market and the third beer which is beer-like alcoholic beverage. Young people tend not to get married or bear children. There might be many young people who cannot bear children. Even if children are born, many of them have some problems with atopic dermatitis or developmental disability.
Regrettably, it seems that many people think that such matter is groundless fear and is completely unrelated to conspiracy theory such as population reduction agenda. It is likely that people like this person who expresses his opinion in this article are called conspiracy theorists and the news they provide is categorized as fake news. However, I think that many people will see it is the truth soon.

Genetics are the New Eugenics: How GMO’s Reduce the Human Population 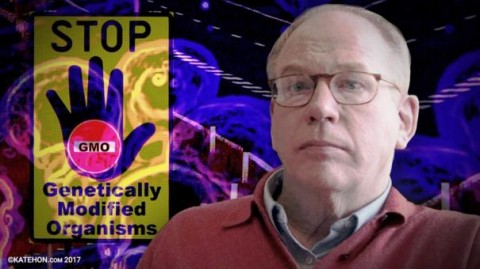 The following is from an interview transcript

Last year, we had a series of mergers in the agribusiness’ GMO-corporations worldwide.

The first one is Bayer AG of Germany, which made a friendly takeover of Monsanto.

Then, Dow Chemicals and DuPont merged their GMO businesses together.

So, we have three gigantic corporate groups worldwide controlling the genetically-modified part of the human food chain.

Glyphosate is the most widely used weed-killer in the world.

The World Health Organization’s body made a ruling the last year that Glyphosate was a probable cancer-causing agent.

In reality tests have shown that in minuscule concentrations, lower than in recommended levels in Europe and in the US, Glyphosate causes kidney disease, liver disease, and other illnesses that are potentially fatal.

Now, Glyphosate has shown up in urine tests, in urban drinking water, in gardens, in ground water and so forth. And that gets into the system of childbearing women, for example, with embryo. It’s all in this!

The real agenda of GMO,   <snip>  Their goal was the elimination of what they called “undesirable eaters”. That is called population reduction.

Therefore, they have been obsessed with the idea of how to reduce human population in a way that would not be so obvious.

Actually, they have done that in Central America together with the World Health Organization by giving certain vaccines that they cooked-up to have abortive effects. Therefore, the women of child-bearing age in Central America were given these vaccines against tetanus.

These are the Western patriarchs who believe they are the gods, sitting on the throne with great dignity, controlling mankind.

This step by Russia to make a GMO-free agriculture is a great step for mankind.
Posted by Shanti Phula at 1:36 AM