image: 1
Planet where people who chose to stay in the 3rd dimension will move – Process of evolution into humans and the future of earthlings who had souls destroyed
According to an article dated August 9, “those who have chosen to stay at the 3rd dimension will shift from the existing Earth to another 3rd dimensional planet in the not far future.” This article reminded me of an article from Sputnik shown below, which I read in the past.  This article reminded me of the following article from Sputnik I read before. One of 3rd dimensional planets other than Earth where such people will move is probably TRAPPIST-1 third planet. I suppose the preparation for relocation has already been made. I imagine that the people who are called as SSP Alliance by Mr. Corey Goode may have gone on spaceship to this planet, where they are doing research.
And now, for something completely different, only one in 1000 people still has soul (jiva: individual self) at present. The remaining 999 people have their souls destroyed and they have only the physical body in a broad sense if they are lucky. As for the wicked people, many of them have both etheric double (light body) and plasma body destroyed and they have only the physical body in a narrow sense.
Like this,
As mentioned above, very few people still have soul remaining intact. Forty-five percent of such people vibrate synchronously at the 5th dimensional frequency of Earth. The remaining 55 percent of the people still vibrate at the 3rd dimensional frequency, though they have still soul. Such people are the good but they usually turn their attention to limited range of interest and are strongly in tune with the physical consciousness. Such people are seen among many Olympic athletes on TV.
They do not tune to Earth evolution and they are, so to speak, dropouts. They have to restart their subsequent life from the beginning on another planet which is vibrating at the frequency close to the past Earth 3rd dimensional frequency. They can be reincarnated after life. However, those who have souls destroyed are not mere dropouts but rather people forced to quit school. They have to start again from scratch.
Approximately 80 percent of earthlings today are what Theosophy calls as the fifth root race (the Arian root race). They were reincarnated as humans for the first time about one hundred thousand years ago. They came into our higher dimensional solar system as life form approximately 12.29 billion years ago. They took enormous amount of time to be reincarnated on the material dimensional solar system for the first time approximately 3.96 billion years ago. Presumably, most of the earthlings who had souls destroyed will take about 12.29 billion years to evolve into humanity again in a stellar system of galaxy different from the Milky Way Galaxy approximately 522 million years later.
Since I didn’t make so detailed examination, I took this chance of doing so.

English translation of an excerpt from the Japanese version of Sputnik – July 21, 2016 –

Atmosphere of the “Twin of Earth” Suitable for Life?

According to the British journal Nature, scientists succeeded in research and analysis of the atmosphere of earth-like planets most close to the earth for the first time. It was found that they are rocky planets and have atmosphere suitable for life.

In May this year, very rare star system TRAPPIST-1 was discovered. All the three are within so-called “habitable zone,” where water can be present in liquid form. They seem to have mass equivalent to the earth.

“Hubble” research team examined how the ray of the primary star passed through the atmosphere of the 2nd and the 3rd planets which are moving in orbit.

The examination confirms that the two planets have thin air and are not gas planets. The air may contain a large amount of water, carbon dioxide, oxygen and nitrogen.

They were able to measure the mean temperature of each planet: 92℉ for the second planet, which is inconvenient place for life to live, and 41℉ for the third planet, which is more comfortable place for life to live. They are going to make a research of TRAPPIST-1 with “Hubble” and other telescopes in order to determine whether the planet is an environment suitable for birth of life.

According to the previous report, a group of scholars decoded a message discover on Mars. 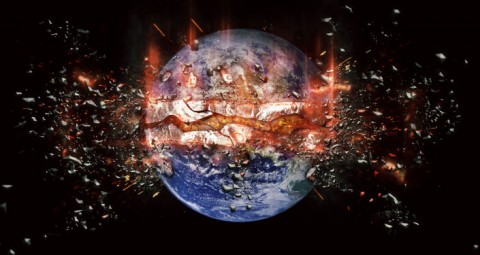