Fulford Report (May 17): Japanese resistance says Obama to be hit with “Kamikaze” in Hiroshima

image: 1 & 2
Fulford Report (May 17): Japanese resistance says Obama to be hit with “Kamikaze” in Hiroshima
The report starts with an astounding phrase. With regard to the Kumamoto earthquakes, “The Japanese underground say they will get revenge for the latest earthquake attacks.”
It has been rumored many times that Kissinger has already died. I think that it is the fact. I suppose that Kissinger we see now who talked with President Putin is not the real McCoy but his clone. According to the report, the clone “was summoned to the Pentagon on May 9th and was told to inform his fellow Khazarians Mafiosi that ….” He seems to play a role as a mediator. I imagine that he asked for the Pengagon to save his life before anyone of his fellow, a Draco royal, while it seems that Cheney and others who presumably recognized it and begin to break away from the Bush family in the hope of surviving.
The report says that in a new financial system, “it is necessary for the U.S. to accept the very generous Chinese offer of gold” to avoid catastrophic economic collapse. It also says that what China asks for in exchange is world peace. I suppose that’s exactly right.
Regrettably, it seems that Joe Biden, Ashton Carter and John Kerry who lead the U.S. want to orchestrate a crisis of war against terrorism on a global scale, as a cover for which they use the Daesh. Russia’s President Putin seems to watch out for it. If the U.S. should initiate such reckless deed, we could see nuclear explosions in several cities and chemical weapons should be used in Europe, while the Daesh would carry out terror attacks to put into action a plan to divide China, taking advantage of the confusion which stemmed from the Panama Papers. I think that they are such people that would rather be willing to stage such confusion than lose global hegemony. We have to keep vigilant eyes on them so that we never leave them do what they like.

Japanese resistance say Obama to be hit with “Kamikaze” in Japan

The meaning is that a suicide bomber will try to kill US President Barack Obama when he visits Japan towards the end of this month.
Another intriguing, and possibly related, happening is that Japan’s national NHK broadcasting network put out a documentary stating that in 1944 a Japanese military airplane factory was hit with a pinpoint earthquake. Following this, US B 29 bombers dropped leaflets saying “what shall we do to you next after the earthquake?”
https://www.youtube.com/watch?feature=player_embedded&v=AKeH9lRIG4M&app=desktop
The most likely technology being used for such attacks would be based on Nikola Tesla’s Oscillator
https://en.wikipedia.org/wiki/Tesla’s_oscillator 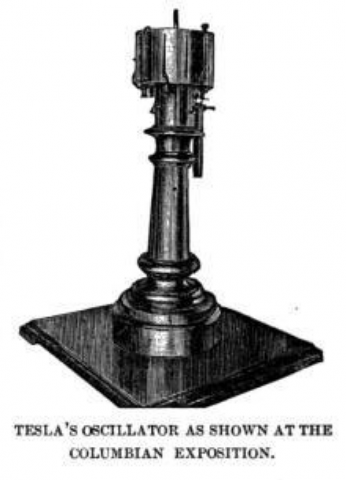 which was turned into a military secret by the US government in the 1930’s. The Japanese underground brought this documentary to our attention and say they will get their revenge for the latest earthquake attacks.
Khazarian Nazi faction senior honcho Henry Kissinger was summoned to the Pentagon on May 9th, the date of Russia’s victory over Germany in World War 2, Pentagon sources say. There Kissinger was told to inform his fellow Khazarian Mafiosi that they must let banks fail, stop stealing savings and pensions, cease using negative interest rates and that they must back the US dollar with gold.
There are still people in the US military industrial complex who think the United States has no need to accept this offer and that now that they have taken over the Federal Reserve Board, they can print dollars to solve US problems. Republican Presidential Candidate Donald Trump is apparently one of them. On May 9th Trump said the following on CNN:
“People said I want to go and buy debt and default on debt – these people are crazy. This is the United States government. First of all, you never have to default because you print the money, I hate to tell you, okay? So there’s never a default.”
What Trump fails to understand is that while the United States can print all the money it wants to use domestically, foreigners are not going to accept unlimited dollars backed by nothing in exchange for their goods. Unlike Japan’s government, which borrows from its own citizens, the US government relies of foreigners to keep it afloat. These foreigners, for good reason, no longer trust US paper. This is why it is necessary for the US to accept the very generous Chinese offer of gold to back their dollars. All they are asking for in exchange is world peace.
Since Trump is looking increasingly likely to become the next US president, he needs to get behind this offer if the US is to avoid catastrophic economic collapse.
Last week “Bush consigliere Jim Baker broke ranks with Bushes and met with Trump,” Pentagon sources say. He has joined Dick Cheney in the pack of rats abandoning the sinking Khazarian Nazi ship.
It is probably too late for these rats to get full immunity for their past crimes.
The Saudis, fearing serious penalties for their role in 911 and for financing so-called Islamic terrorism, are rushing to China in hope of finding a new big brother to protect them. That is why the Saudis have offered to sell the Saudi state oil company to the Chinese. They would rather sell it to the Chinese than have it confiscated by the Americans. That is also why the Gulf petro-monarchies have said they will side with China against the US in any dispute over South China Sea islands.
http://sputniknews.com/asia/20160513/1039583944/arab-states-china.html
The Chinese, however are not about to fight the US military to protect a clan of camel rustlers turned petro-trillionaires. The Saudis are going to have to pay for their crimes against the people of the world, there is no other choice for them.
The shadow banking world of hedge funds is also suffering huge losses because they are no longer getting inside information from the Federal Reserve Board.


More and more people in the financial markets are realizing they very well indeed may be imprisoned on racketeering charges if they continue with business as usual.
Posted by Shanti Phula at 2:00 AM