image: 1
Cosmic Disclosure: Inner Earth Update
I had seen an illustration of Raw-Tear-Eir, the Blue Avian, belonging to the Sphere Being Alliance, who looked like a bird. So I imagined that an alien called Triangle-Head Being would look like it only with different hair style.  The illustration I saw this time was astounding. The illustration viewed from above is particularly interesting.
It is described in this episode how the Ancient Break-Away Civilization people made first contact with the beings they had worshipped as the Guardians. The people found the beings to be flat. From the viewpoint of an outside, it sounds a humorous scene. My wife says that if being cut, the being may number up like a planaria. It seems such an image.
All joking aside, get to the main point. Ancient Break-Away Civilization people seem to have been disturbed to hear from the Guardians that “they had not been proper stewards of this planetary sphere.” Considering the warning I have repeatedly given on this blog: “Nobody should send any massages under a false name. Nobody should intentionally send false contents”, I suppose you can fully understand it.
It may safely be said that those who did not listen to my warning have all been destroyed. 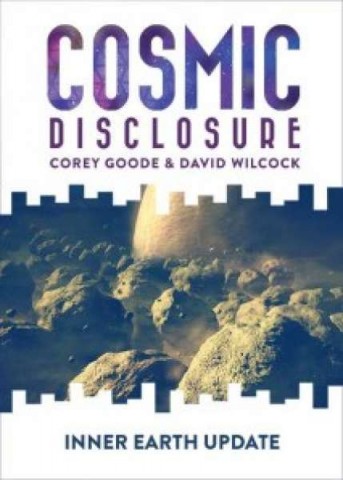 ＊snip*
David Wilcock: (Welcome to “Cosmic Disclosure”. I'm your host, David Wilcock, and I'm here with Corey Goode.) We're talking about the Inner Earth.   *snip*  But you have since been taken up there or taken down there again.

Corey: Correct, but before that happened, there was a meeting at a Secret Space Program base in the Kuiper Belt that I was brought to by the Secret Space Program Alliance.  *snip* And this was a pretty significant meeting. The Inner Earth group that . . . The group I had talked to that I can now say they are named the Anshar, the group that had the Saturn amulet.  *snip* And Gonzales and I were . . . I mean, you could just feel the excitement. They were just beaming with excitement and anticipation. 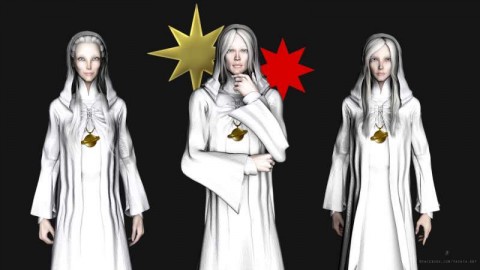 David: So they hadn't been in contact with the Sphere Beings before?
Corey: Yeah, yeah. Per the discussion we had in the library, they hadn't had any contact, and this was their first contact with the Sphere Beings, which they referred to as the Guardians. So they were very excited.  *snip*  And Kaaree and two others were up in the front, and there were several more with her in the delegation, and we were sitting there waiting for Raw-Tear-Eir to appear, and to our shock, a Triangle-Headed Being appeared.  *snip*  So it was the most bizarre thing. I'm sitting there looking across . . . We're watching back and forth. It's completely silent.   *snip*  The Triangle-Head Being, as I described before, was 10-feet, 11-feet tall.  *snip*  It was very thin. And they had a completely silent exchange that went on for some time.  *snip* 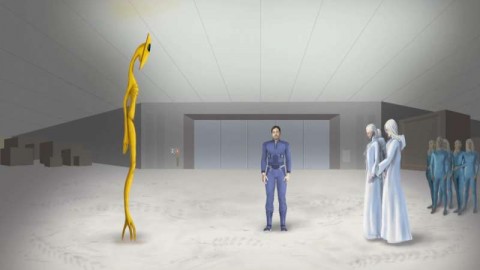 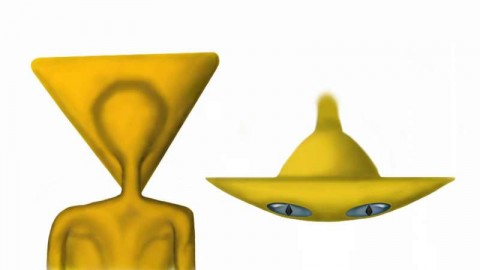 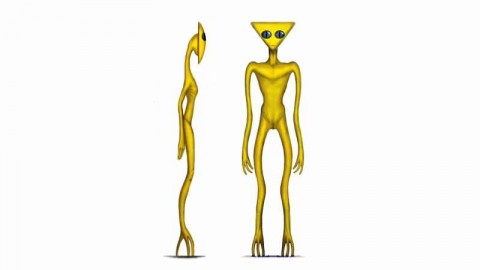 David: How long did this silence last?
Corey: It may have been . . . anywhere from 30 to 40 minutes subjectively. I mean, it went on for awhile.
David: And you didn't get any intuitive hits on what they were talking about?
Corey: The only intuitive hits I was getting . . . I wasn't feeling anything from the Triangle-Head Being, but I was feeling . . . I felt some anxiety come up. I felt excitement.    *snip*  After this had ended, and the Triangle-Head Being . . . just . . . It's like you change the radio channel. And it's gone.  *snip*  The delegation was excited, but at the same time, there was some trepidation and a little bit of . . . They were upset a little bit. And no time for small talk. They had a meeting with that same Inner Earth Council. They had to rush back and meet with that group.
David: Was it only the Anshar that actually were granted the meeting with the Triangle-Head Being?
Corey: The Anshar were there, and there was one other group there. 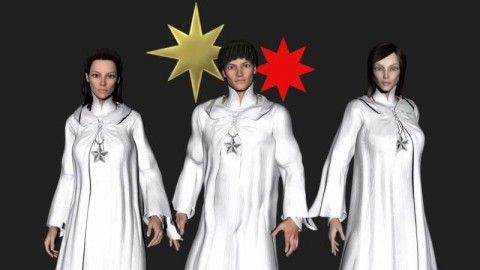 David: Which amulet did they wear?
Corey: The star.  *snip*  But they were very far in the back. They were moving quickly to get back, and as I was leaving, I was asking how it went and trying to make small talk. And Kaaree said that it went well, but they learned quite a bit of things they had wanted to know for a long time. And they were a little bit disturbed to hear from the Guardians that from the Guardians' perspective, they had not been “proper stewards of this planetary sphere”.   *snip*

David: I don't think anybody would be in a better position than you to speculate what that means. Why were they not good stewards of this planet?
Corey: Well, the Inner Earth groups that . . . I guess, their rationale for the way they have interacted with the surface population that we've discussed, the deception at times, using certain parts of the population as pawns. And not all of them, but certain other Inner Earth groups using surface population as pawns in this ongoing conflict with these what they refer to as genetic farmer races that had come in. And I assumed that there was quite a bit more on that topic that was shared with them.  *snip*  And of these seven groups, when they were meeting, within the meeting, they were very uncomfortable meeting with each other. Some of them did not like each other very well, and some of them were leaning more towards the Service to Self negative, and some leaned more towards Service to Others, but still, were in self-preservation mode.
David: What about these Inner Earth beings posing as gods to populations on Earth? Is that improper stewardship?  *snip*
Corey: I don't . . . They believe that is their role, and many of the different beings that have called theirselves Guardians and have taken part in all these different things believe that's their role.
David: You're saying the SSP Alliance has been bringing out the Inner Earth beings to the Kuiper Belt for some time.
Corey: Right. There have been several meetings that Gonzales had with the Inner Earth groups and the SSP Council Alliance.  *snip*
David: So my point of bringing that up is that even though we think of these people as living inside the Earth, they could easily travel throughout our solar system anywhere they want to go on their own.
Corey: Absolutely, yes.  *snip*  There are colonies on other star systems.  *snip*  Well, they have, and also the Mayan group, which is going to be . . . They're becoming much more active, and we're going to be talking about them much more in the near future.
David: Do you have any specifics as to where these Inner Earth beings have colonized? Is there any identifiable stars that we would know of that they've actually settled on?
Corey: The only one that I've been told about is the Mayan group, and they are some worlds within the Pleiades.  *snip*  And they had taken like 40 million of their people with them, and they had done that from the Earth.  *snip*
David: Do you think that if these people are being told they were improper stewards, that they were now given a directive that they're going to have to reveal themselves to us as a planet, and that they're actually terrified of this, because they could be killed?
Corey: Right. Yeah. And I was told exactly that in a later meeting by them.  *snip*  Days after this meeting, Gonzales communicated that it had not gone well in the Inner Earth Council meeting, that three of the groups . . . They left the Inner Earth affiliation that they had.  *snip*
David: Okay. So your original meeting took place in September. So when was the second meeting in the Kuiper Belt? When did that take place?
Corey: It was in late December, and then early January was the next meeting, where I actually was brought back down to have a meeting with the priestess.
David: All right. Well, let's go into that. So you have a third meeting now with people from the Inner Earth. So tell us about . . . Where does this meeting take place, first of all?
Corey: The meeting takes place in the same area - in the same underground location – but I didn't have to go through all the rituals and stuff.  *snip*  The Anshar had decided that they were going to start slowly communicating with the people that they're communicating with remotely with their minds, reaching out to the people that they had been telling that they were from these different star systems or all these different scenarios. They were going to start telling them who they were. And the other groups, the three other groups, did not like the idea one bit. They thought it was reckless and would end up in their demise. So they left. *snip*  She wanted to communicate how much information they had received from the Guardians and communicate how much of an impact it had made on their community.  *snip*  They got their data dump from the Guardians, and it hit the whole Inner Earth Internet. So since that time, she said that the various cities . . . It's been buzzing.   *snip*  Apparently, they have a new mission or direction.   *snip*  We may have more open contact with them before we start having contact with non-terrestrials.