Heavenly Message by Mrs. Seiko Nakanishi 22 - Questions to goddess Esther, who sent light on April 10, and her answers, Message to earthlings – Global reformation to make rapid progress in the future –

image: Source
Heavenly Message by Mrs. Seiko Nakanishi 22 - Questions to goddess Esther, who sent light on April 10, and her answers, Message to earthlings – Global reformation to make rapid progress in the future –
Light from goddess Esther was sent from 1500 to 1800 on April 10. Light started being showered exactly at 1500. As I had pointed out on the blog, those who could not receive light had subsequently fallen to Darkness. When I see politicians appearing on TV, I find that all every politician has fallen to Darkness. You should easily see it if you focus attention on the physical body.
Esther is a lady known as a heroine of the Book of Esther in the Old Testament. She is a goddess who takes an especially high position in our solar system.
On the blog of “From Sea of Light” you see an illustration of the goddess who appeared in time for my lecture meeting held in Fukuoka in June 2010.
She appeared in a vision Serena saw in June 2010. It turns out that she had already assumed the post of Second Heavenly Empress in Earthly Deity 5th Level of our Sirius System. Every deity appearing as a vision on the blog informed me that the deity had taken a high position in the heavenly world. However, quite a lot of deities who had taken such high positions disappeared in the process of the subsequent heavenly reformation. It seems to me that at least 80 percent of them disappeared.
The same holds for the deities whose illustrations are drawn by Mrs. Seiko Nakanishi. When you don’t feel that an illustrated deity is beautiful or bright, it can be said that the deity most likely has disappeared.
Esther is a lady I am friends with. To my joy, thanks to this event of light, I can finally announce publicly what position she is in. It took me a long time to do so. It is a surprise in a sense. It means that it took so much time to identify the true nature of many beings including the remnants of the Hierarchy.
In the following correspondence, my questions and her answers are alternately arranged for easier understanding, as usual. You will understand the current situation by reading this correspondence. It seems that global reformation will make rapid progress from now on. Although I have provided a variety of information on the blog, the remnants of the Hierarchy disbelieved it. However, they knew through the light that the information was true. They will work together under the guidance of Esther from now on. 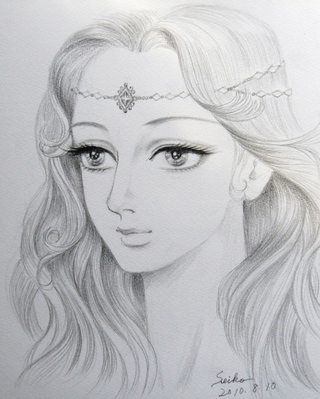 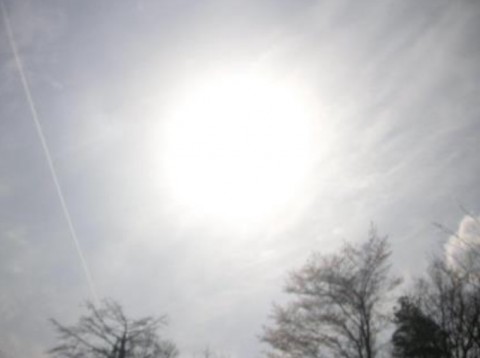 “Hello, Esther. I have never forgotten about you. You must feel relieved. (Laughter)
Thank you for sending light for three hours yesterday. I do appreciate everything you did for us.
Esther, I’d like to introduce you to earthlings. Can I ask several questions?
: You are welcome. Thank you for your kind words.
I’d love to answer your questions.

1.     Esther, you are a heavenly empress in our solar system and you must be a goddess assuming the position equivalent to that of Sanat Kumara took in the past.
Please tell me your current name as goddess.
: My name is Takakihoshihikarumiya-himemiko.

2.     I think that it was announced through yesterday’s event of light that the heavenly empress of our solar system is Esther and that evil people in the old system including Sanat Kumara and Maitreya have been destroyed. Am I right?
: What you say is exactly right.

4.     We often hear the word “Source” in channeling-related information. It presumably refers to the Central Sun of our “Milky Way Galaxy.” I think that in the case of earthlings, we are required to reach at least 9.0 evolution stage to get information on the Central Sun. Am I right?
: Exactly right.

5.     I informed on the blog that the soul of the goddess of the Central Sun of the Milky Way Galaxy had disappeared at 3:33 a.m. on January 27 this year. Furthermore, her etheric double and Maya Vilura were destroyed at 3:15 a.m. on April 9 and she lost communication ability.
Do you ever hear anything about it?
: No, I have not heard any more.

6.     I suppose that earthlings will obtain information from Misakitakakunoboru-himemko, acting goddess of the Central Sun, through deities of Esther’s subordinates. Am I right?
: Exactly right.

This is all I want to ask about. Thank you.
Masatoshi Takeshita

I am gazing admiringly at the bluish earth; it is filled with awesome light and beautifully shining.
The light sent on 10 is my cordial gift for you.
Your daily efforts give me wonderful joy.

Prior to realization of a paradise on Earth, which is a long-cherished wish of Mr. Takeshita and deities, we have succeeded in removing Darkness on Earth and Earth has gained more brilliance.
We planets of our solar system and all deities are filled with great joy and feel relieved.

I believe that the penetration of light to Earth will be accelerated at once, and sorrows, sufferings and many wrongdoings on the earth will gradually disappear.

But before that, you cannot avoid a big change.
It is necessary to dismantle old political and economic systems and all organizations full of ambition.

However, please don’t get negative with excessive fear or anxiety.
Please watch your heart closely.

If you should be overtaken by unavoidable suffering, try to chant the most powerful mantras, “Gayatri Mantra” and “Mantra of Love” alternately.
I want you to keep inner peace.

We are always with you.
We sincerely hope that you will maintain inner peace and joy and you will work together to realize a coming paradise on Earth.

I send you love.


Lastly, the goddess asked me to send her best regards to Mr. Takeshita.
The above is a message from the goddess.