Explosion in the capital of Turkey, Ankara produces more than 150 dead and injured (pohotos included) / Erdogan regime likely to use the explosion to strengthen security – Change of government is needed before Japan is stuck in a situation like Turkey

There was a massive explosion in downtown in the capital of Turkey, Ankara, which killed at least 34 people and injured 125 others. The Turkey government has investigated the case as a terror attack using a vehicle carrying explosives. Reuter and other media report it.

The explosion occurred at a bus stop near Kizilay Square on 13 at around 7 p.m. (Japan time 2 a.m.). The injured were carried to 10 hospitals in the city by ambulances one after another.

According to NHK news, no organization has yet claimed responsibility for the explosion but Interior Minister Ala has offered a view that the explosion was a terror attack, using a vehicle carrying explosives. He says: “We have found evidence. We will announce the name of the perpetrator organization when it is clarified.”

In October 2015 in Ankara, 103 people were killed in simultaneous suicide bombings, which were supposed to be carried out by “IS.” On February 17 this year, there was an attack by a vehicle full of explosives in the city, which killed 29 people.  An organization related to the outlawed political party, the Kurdistan Workers’ Party (PKK) claimed responsibility for the attack. 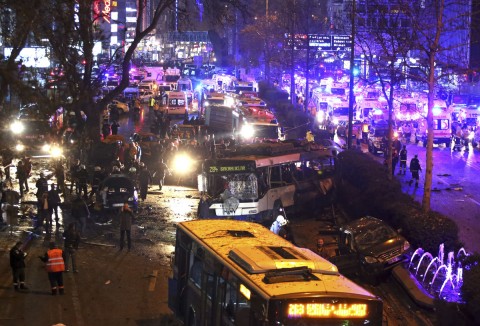 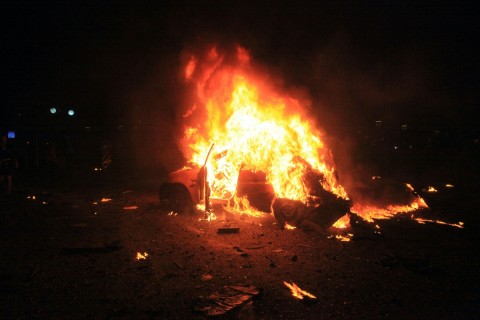 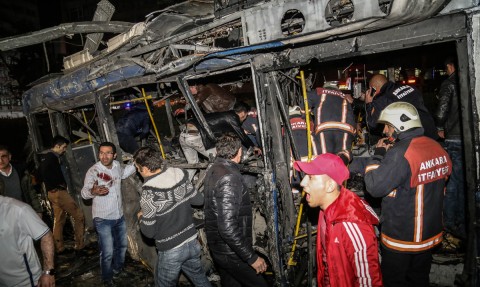 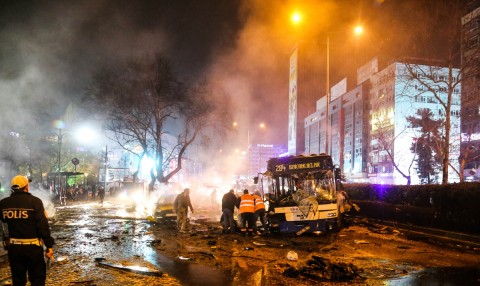 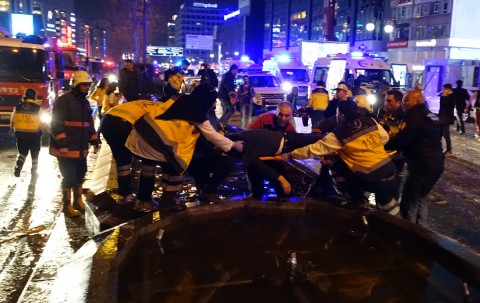 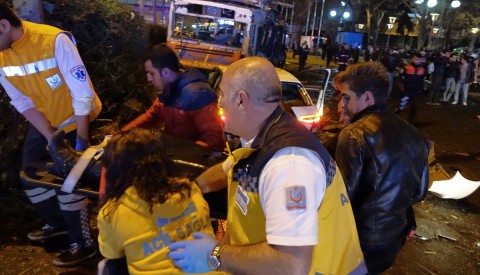 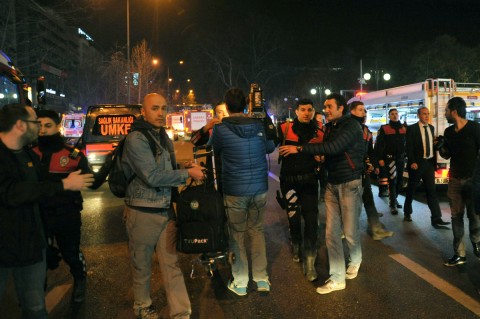 A big explosion in Turkey left many dead and injured, which Erdogan regime is likely to use to strengthen security

It is reported that there was a big explosion in Ankara, Turkey on March 13, which left about 27 dead and many injured. The Recep Tyyip Erdogan regime has not only cooperated in the operation to topple the Bashar Assad regime and provided training facilities for Syrian rebels but also made the facilities the hub to carry weapons/arms to Syria and got and sold oil robbed from Syria and Iraq by the invaders. Such reality has been widely known and the Erdogan regime has recently enhanced suppression of free speech to cover up the fact.

However, with the spread of Internet, it is difficult to control information and a strong backlash against the government has been seen within the country, too. To suppress it, Erdogan has strengthened dictatorship and an explosion incident occurred in the midst of such situations. Details of the incident are unclear, but the Istanbul police issued a document appealing to enhance alert for terrorist explosions on February 24. On March  11, theU.S. Embassy warned U.S. citizens about a potential terrorist plot to attackTurkish government and advised them that they should avoid the Bachelievler area of Ankara. There is Turkish daily newspaper Zama seized by the government in this area.

The government of a country which is out of tune with public opinion tends to suppress people with power. Such country sometimes carries out some sort of “terror attack” of explosion incident to justify it in the name of strengthening the security system. For example, in Italy, where communists had power, bombing incidents by those who pretended to be the far left were repeatedly seen from 1960s to 1980s.

This is so-called the “strategy of tension,” which was carried out by Gladio. It is the name of “NATO’s secret forces” in Italy. It was closely connected to Italian intelligence agency. Behind it was U.S. intelligence agency (the Jedburghs).

Turkey is a NATO member country and has also secret forces, called “Grey Wolves.” On November 24 last year, a Turkish Air Force F-16 fighter jet shot down a Russian Su-24 bomber aircraft and the crewmember who escaped from the aircraft was killed. The perpetrator was a member of “Grey Wolves.”

The existence of Gladio was pointed out in the 1970s. The Giulio Andreotti cabinet officially admitted the existence in 1990.
Posted by Shanti Phula at 2:00 AM