image: Source
Cosmic Disclosure: The Grand Tour of Inner Earth - Season 3, Episode 5
Channeling information often talked about the underground utopia known as Agartha. However, this article is a very rare article, in which a person who visited and saw the utopia by himself talks about it in detail.
Mr. Corey Goode worked for the secret space program and traveled to the moon base or solar system by spaceship or through portal and experienced many things we have never seen. Even he seems to have been surprised at how this underground city was.
Since his experience is far beyond common sense for us humans on the earth, it might be difficult to be accepted by people with the exception of those who are familiar with such information on a routine basis.
However, I just want you to imagine that if you are invited to such world and live there for a few years, everything occurring there will become a commonplace. If we don’t need to worry about food, shelter and clothing, we can create a beautiful world on the earth, which surpasses this underground landscape. Free energy, travelling through portals, replicator with which we can obtain food from air are the technology humans have already acquired. If such technology that people in the secret universe program have is introduced to us, humans will not rob others of their possessions or destroy nature. In other words, humans will finally have gained the foundation on which humans can create heaven on earth.
However, problems will never disappear in material level. Even in such a utopia, people still discriminate against or look down on others in some cases, which will inevitably cause jealousy. Reading the article, you will see that people living underground with advanced civilization are never freed from such inner problem. People who know what is essential try to solve their inner problem in the first place instead of gaining technology.

DW: You said that these groups have a roughly 20 million year history. Are they all 20 million years old?
CG: The group with the Saturn symbol claimed to be 17 to 18 million years old. And the youngest of the groups-- they said they didn't give a date, but they said a few ice ages previous.
DW: What was the weirdest thing that you saw from this woman's life that surprised you the most when you're getting this flash?

DW: You're with Gonzales. What happens next?

CG: We've been invited to go and take a tour. She's much more relaxed. A lot-- real happy about the experience. We walked down the hall, went to a small, domed room and stood in the center. She rubbed and tapped on her dial-- flash of light. We're in another room-- another big room. She wants to take us to see their gardens. And there are pillars that go all the way up to the ceiling, that I couldn't even begin to estimate how tall the ceiling was. This cavern was the size of a state in Texas. It was absolutely huge. And built into the pillar were some structures that were built into the pillars.

DW: Did this represent all the different types of people in the Inner Earth Alliance, or was this just one of the groups?

CG: This is just her-- this is one of her cities of her group. 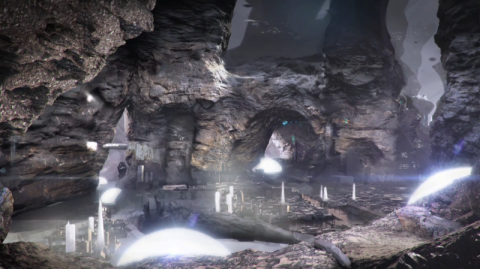 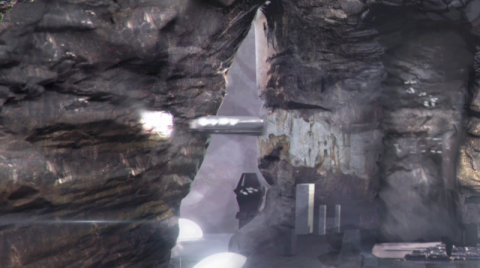 DW: So these craft are zipping around inside this huge, huge room.

DW: About how many craft were airborne at any one time that you could see?

CG: There were over 30. She brought us to this area to where we walk out and we're out on somewhat of a ledge. And you walk out the door, and then there's like a staging kind of platform. And then there's like a cliff down, and then you're looking out into this huge cavern area. And there are segmented crops and vineyards as far as you can see. You could just see segmented-off crops, trees off in the distance, vineyard areas, and there was water that was rushing in and then coming out on another side that you could hear. 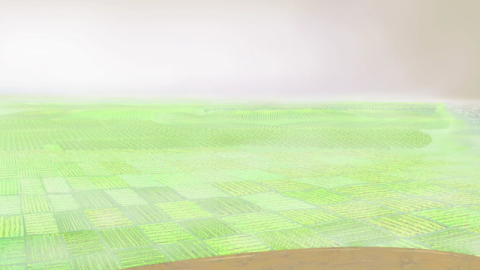 DW: Did you ever get an estimate of how many people were in her population?

CG: I don't know how many people. But that was--

DW: But that's enough food for a lot of people. I mean, we can grow most of the food for America in California, and you're saying that this one room that you were in was as big as a state.

CG: This-- yeah, the garden area was-- I mean, it's huge. And she pulled up a bunch of different types of rocks and crystals that were crushed up. And she said, this is the medium that the roots grow in. And she said the water has natural minerals in it, and we have a-- we recycle everything. And the nutrients go to the plants, and the crystals and the type of light create a very high-yield and high-vibratory food for them..

DW: Where's the next major thing that you end up going to?

CG: We exit out of this into the park, and it had a larger opening doorway that the four of us walked out into. And there are-- we could smell all kinds of pollens, and just so many smells. When you walked in there was an atmospheric change, like atmospheric pressure change. And there was an artificial ecosystem in this giant cavern that was as big if not bigger than the garden. And there were stairs that went up almost all the way to the very top that you could walk up. And the trees were so tall that we had to climb up the stairs to be able to see over the trees.

DW: You said before that the natural caverns inside the Earth only had vegetation that went up to like knee height.

CG: This is-- they terraformed. They created this environment. And they created-- I mean, it had a pale blue sky.

CG: And not full clouds, but misty kind of clouds.

DW: These trees are bigger than the redwoods in Northern California?

CG: I would assume so. But we had to climb really, really tall up the stairs. And we were looking out over all these trees. We were seeing some birds flying around with long tail feathers-- blue, red, and yellow. Very beautiful birds. She said, don't be alarmed. 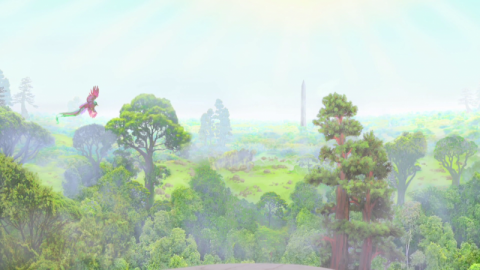 DW: Did these birds look like anything we would normally see on Earth?

CG: Not too terribly unusual. I mean, But there weren't like pterodactyls or anything like that.
We couldn't see all the way because of the mist. There was a giant obelisk that went up that was stone and weathered. And then up even higher above it, up at the top of the cavern, was a huge plasma ball that I guess was supposed to represent the sun or an imitation of the sun. And it was a part of this, I guess, fake ecosystem that they created. 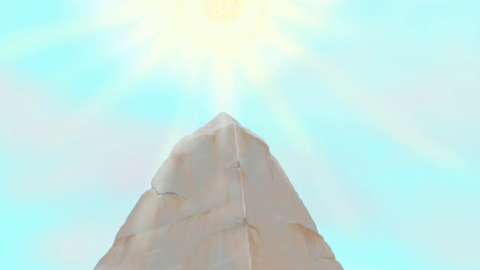 DW: Now, let's just stop right there because this is one of the very bizarre things. You had this experience, you said, the beginning of September. I got a sudden intuitive flash of what the cover of my new book, "The Ascension Mysteries," is supposed to look like. And I just showed it to you today, and you darn near fell over backwards.

CG: Yeah, and there was Saturn in the background.

DW: And Saturn in the background, like the amulet.

DW: And I was having what appears to be the mind of this priestess trying to contact me this morning telepathically as I was waking up, and she kept saying, "do you recognize me, do you recognize me?" So this is very much an evolving story. It makes me wonder if she has been working on us already.

CG: People will have a hard time not believing we collaborated together to make this happen.

DW: So what's this obelisk for?

CG: I don't know. It looked worn, like weather worn. So we walked back down the stairs and started walking towards the tree line, having conversations. Gonzales was talking with a gir. Gonzales was talking about, we'd love to have things on the surface this peaceful and have everybody openly working together, and talking about a great future for humanity. And the lady he was with said kind of a derogatory statement, that she didn't see that being a possibility for the surface, the mixed surface race, that we had--

DW: With our aggressive Draco genes.

CG: Or not just the Draco genes, the mixed genes of the beings from the other planets from our solar system. And I started talking with the hostess, and I said, Do y'all have anything to do with the Sumerians? And she told me yes. She said that they had brought agriculture and different things to the Sumerians, and had brought them written language and that kind of thing. And then I mentioned that on the surface, more and more people are believing in ancient aliens and genetic manipulation. And that's when she said, maybe our next stop should be the library.

CG: And Gonzales was visibly disappointed. He goes, I wish we would have went to the library first. He goes, I really would like to have been there. But when I report back to the council, Secret Space Program council, you know, I'll report that you got to go to the library. Just make sure you remember as much as possible, and give me a briefing within 48 hours.

DW: So what was the reason why Gonzales was so concerned about this library?

CG: Intel. Library, information, intelligence. And he got to see a garden and a park.
[LAUGHTER]

DW: All right. Well, coming up next time here on "Cosmic Disclosure," you're going to be getting my authentic reactions, stuff I've never heard him say before. And we thank you for watching. We'll see you next time.