image: Source
Subterranean Council Meeting & SSP Alliance Debrief by Mr. Corey Goode
Yesterday’s article dealt with the secret meeting report in Subterranean Council Mr. Corey Goode attended. I’d like to introduce only the first part of the report here.
According to the report, the Cabal/Illuminati have promoted to carry out the Secret Space Program (SSP) for well over 75 years and as a result, there already exist a considerable number of bases in our solar system. Mr. Corey Goode, who worked in such extraterrestrial base for two decades, has revealed his experience.
The Cabal/Illuminati, who have advanced technology and join in alliance with the Draco/Reptilian, have aimed to create NWO (New World Order). This is complete control of humanity and they intended to control the whole Milky Way Galaxy after controlling not only Earth but our solar system. However, arrival of extremely advanced Sphere Alliance to our solar system made it impossible for them to achieve their goal.
It appears that Mr. Corey Goode received contact from beings of this Sphere Alliance, “Blue Avians” and was asked to speak on behalf of them in the Council.
The report describes details of the meeting. After the part introduced here, Mr. Corey Goode speaks about how he moved to the Council site and what he saw and what he experienced.
Reading this article, I feel an undeniable difference in level between the Blue Avians and Inner Earth civilizations or the people in the SSP Alliance. In channeling-related books, the Agartian network is described as an ideal society. However, many of them have the view of God’s chosen people and as a matter of fact, a larger proportion of them have already lost their souls than us humans living on the surface of earth. It is true that they are seemingly sophisticated race and achieved peaceful civilizations, but in terms of inner purity, they are not so different from us.
In this sense, arrival of the Blue Avians caused confusion to them. All people involved in Earth, in whatever position they may be, are forced to change conventional ways. Those who stick to the old rules and never let them go are being destroyed.

Beings which attend such Council meetings are representative of each civilization and they have an obsession with elitism. Although they sent high-handed messages to people of earth, most of them have their souls destroyed. Now, such leading members that are too foolish to change their attitude are being executed one after another. They are driven into utter chaos. 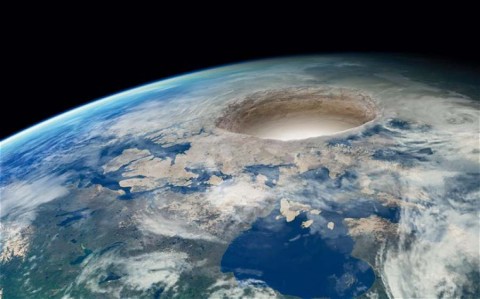 The existence of a secret space program has been meticulously and carefully hidden from the American public, and the world at large, for well over 75 years.

Let me assure you: the Secret Space Program [SSP] is an absolute fact. The bases are out there. They are vast in size, scope and technology. Our planet is now crumbling in a Greater Depression because a majority of our wealth has been siphoned off to build this vast, interplanetary infrastructure.

I have seen the vast, glittering facilities our money has built with my own eyes.

We quickly discovered that our own solar system is literally teeming with intelligent civilizations -- from many different points of origin. Some of them are extremely benevolent, some are extremely negative and others are just visiting, without really picking a side.

The reason so many different types of UFOs have been seen is that there are many, many different civilizations operating in our airspace – with a tremendous diversity of technologies available to them.

The SSP has been owned and controlled by a very dark aspect of our planet for some time – an intergenerational cult dating back to at least the Roman Empire. Many have called these “Secret Earth Government Syndicates” the Illuminati or Cabal.

As impossible as this may seem, I was told they are now engaging in regular trade with over 900 different intelligent civilizations.

Since these secret earth government syndicates have very negative spiritual beliefs, they ended up allying with the most evil and powerful ET group of all – a confederacy of reptilian humanoid races collectively known as the Draco.

It is a sad but accurate fact that the vast majority of those who have joined the SSP are made to take part in brutal and terrifying situations.

Several years ago, an alliance formed within this group to restore peace and freedom to our planet, and release the marvelous technologies that are being held back – but they faced towering obstacles.

For many years, Hollywood movies, financed by these same corporate interests, inundated us with film after film of an “alien invasion.”

These films were intended to seed our collective consciousness with fear and terror.

The plan was to eventually strike us in a mass “Alien 9/11,” with huge armadas of reverse-engineered craft. In this event they could wipe out any opposing areas or countries they wanted – just level them flat. The phoenix they hoped to rise from these ashes would be a global “New World Order” to fight this so-called “alien” menace.

Of course, they would own and control the whole thing themselves. That was the plan. However, they failed to realize that benevolent ET civilizations held them on a very tight leash, and they would never be permitted to carry through with these plans.

A giant, Neptune-sized sphere visited the outer planets of our solar system in the 1980s. It was confronted by our people and asked to leave, which it did willingly. Many more spheres began appearing in the late 1990s into the early 2000s.

Then, in approximately the year 2012, another 100-plus spheres arrived. These spheres were of colossal size – with three approximate size categories corresponding to the Moon, Neptune and Jupiter in circumference.

The beings associated with these spheres were very highly advanced. They do not require technology to travel throughout the universe or accomplish any of their goals. Even to the most advanced ETs in contact with our SSP, these new folks are on an entirely different level – and far more advanced.

Only a few months after this was done, the beings within these spheres contacted the SSP and asked for me by name.

Suddenly, I was being asked to speak on behalf of these beings – the Sphere Alliance – as their delegate. This included addressing the SSP as well as a group of over 40 different intelligent civilizations known as the Super-Federation, who have been running 22 different genetic programs on humanity for thousands and thousands of years.

The people in the SSP Alliance had a team member who we are calling Lt. Col. Gonzales, who had been in contact with the Sphere Alliance for about four years – roughly the same length of time as I had been.

Gonzales was the SSP’s choice for a delegate.

As I have said before, the NSA held a vast treasure-trove of SSP documents for blackmail purposes. Snowden captured all of this data in his epic hack. The encryption was only very recently broken.
Once the public is aware and angry enough to hear the truth, such as in the aftermath of a highly upsetting economic collapse, this documentation will be released in a vast data dump. And it will utterly transform reality as we know it in a matter of days.

The AD or “After Disclosure” society will be so radically different that every film, every TV show, every blog, every YouTube video, every book, every article, everything from before the event will be as antique and quaint as a black-and-white silent film with a scratchy, bouncy piano soundtrack.

We will realize the awesome scope of deception that worked against us for not hundreds, but literally thousands of years. It will be a time of grief and healing as we are forced to accept the truth of our past, and direct our attention towards co-creating a much bigger and brighter future.