image: http://planetxnews.c...
Reformation of Heavenly World 35 ― World War Ⅲ Finally Avoided
At the stage of the year 2012, the main focus of efforts was on prevention of World War Ⅲ. However, this goal could not possibly be achieved by the powers of deities alone, but also the efforts by human spirits and people transmigrated to the Earth were essentially required. This post will serve to lay out such a point of view.

1. It was past 2:00 a.m. on September 21 (or possibly around 3:00 a.m.). I noticed the presence of some persons before my eyes who were watching me. I closed my eyes and focused my consciousness on them. Then, I recognized some males were standing in a row, watching me from a point, say, about 10 meters away. 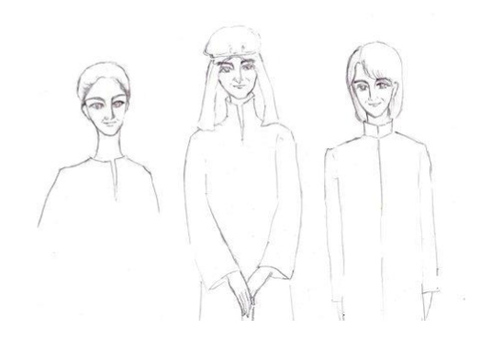 ”The three males in this picture are the following: The one in the middle is Ali ibn Husayn Zayn al-Abidin”, the 4th Shiite imam in Islam (great grand son of the prophet Muhammad). The left one with short hair is Hasdai ibn Schaprut, a Jewish physician, politician, and philosopher. The right one is Pope CremensⅠ, the 4th pope of the Roman Catholic Church.”

3. It turned out to me that they were people involved in religion, such as Islam, Christianity, Judaism, etc. and that eager for reformation of the Earth, they had come to appeal to let them offer their help.


In my view, antipathies in the present global conflicts are instigated by those policymakers who take advantage of religious beliefs, trying to bring about a chaos on the Earth. Basically, however, religious conflicts wouldn’t arise if leaders of each party appealed to one another for mutual respect and overcame their cultural or ideological differences. Yet evidently, some people involved in religion have been taken in by political powers, so that religions have been available as their political instrument.


4. I noticed Ameno-mikageno-mikoto had stood about 2 meters away to my left while I was unaware. To my surprise, he looked different altogether from the persons in front of me.
While these males appeared to be just humans as normal, Ameno-mikageno-mikoto was emitting transparent green light from his body. And his body itself had a feel of transparency (though not transparent) as if composed of light. So his atmosphere, brightness, and energy were wholly different from theirs. ‘Ah! This is the difference between a deity and humans!’ It was as if I were being taught such a difference (how that looks like in concrete terms). 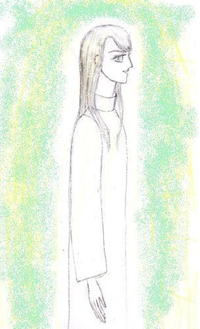 Listening to their conversation with Ameno-mikageno-mikoto, it became clear to me that they had come to release people on Earth from the shackles of religion. Moreover, they seemed to be aware that they were themselves responsible for that.

Ameno-mikageno-mikoto mentioned the words of gratitude in a polite way. Then, he told them to enter a green field. ―

Judaism, Christianity and Islam are the religions that have the Old Testament as their common sacred scriptures. Among these three, Islam is the most generous toward other religions, yet it has never been generous toward the other nations that have no sacred scriptures. Basically, religions like these have a deep underlying arrogance of believing themselves to be the chosen. It seems to me this is the very cause of every conflict between religions or nations.

The self-discipline consists in removing such a fundamental evil that lurks within our heart. And this should be the original meaning of the holy war. In fact, it would be a foolish deed to look outside of oneself and count one’s enemies. The very truth is that people with a pure heart, holy men, have already been saved. By contrast, it is those who assume themselves to be special and different from the others that need saving.

Watching birds and animals living in the nature, or the flowers, do you think they are the chosen? Suppose that there are some creatures capable of conversing with us humans, saying: “We are a great race entitled to receive this land by inheritance. The other races are equally inferior, so we have to direct them, forming them into our livestock, etc. We are the only race chosen by God.” What would you say to them? Perhaps, you would think to yourself: “What unlovely creatures! Aren’t you crazy?” ― Actually, in the eyes of deities, humans are unlovely creatures. This comes from the mindset I have just mentioned above. On the other hand, if people successfully exclude such a wrong attitude of mind, they are dearly loved by deities.

2. The voice of a goddess resounds:
―“This is a signal towards the peaceful world.” 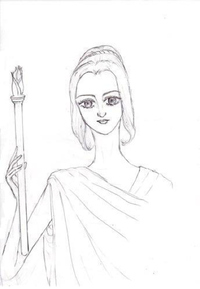 I: "Then, will no conflicts and wars occur any longer?"
Godess: "No. The major war has been avoided! You won’t see any big wars as you have ever seen them on Earth.
I: "How about a host of people including children, who have suffering from hunger? Are they going to be released?"
Goddess: "Now, measures will be taken in a while to ensure they won't suffer any longer." However, there is one thing to do before that: What causes these matters must be all removed. For that purpose, the situation on the Earth will be disturbed for some time... However, this is something to get over!

Under the blue sky, chimes are resounding throughout a beautiful town only composed of white buildings.

Goddess: "The sounds that are ringing now are chimes of peace. Chimes of peace like these will be ringing here and there. This will still last for a while. They are to be rung each time ones who have dominated this world are got rid of and ruined, and more peace is recovered for that."

3.
I: “Who is ringing the bell?” The moment I had this thought, I saw a figure who was ringing the bell in a bell tower.
I: “Oh my! Fairies!?”
Fairy boy: “That’s right! I’ve never engaged in a pleasant and delighful job like this.♪” 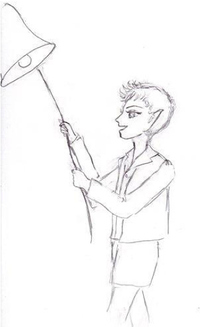 4. Fairy girl: “For finally peace has come back to our city.”
Fairy boy: “Yes, more peace is recovered each time the bell is rung.” 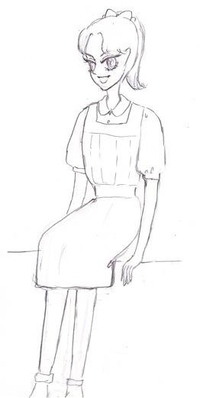 As has been explained since the post of “Reformation of Heavenly World 30”, World War Ⅲ was finally avoided at that point in time ― in accordance with the words of the goddess ― thanks to the efforts by deities and a great number of humans. While minor conflicts will still be produced in future, World War Ⅲ is now certain not to break out.

In fact, while the promoters of WWⅢ (powers of darkness) engineered various plots, such as the Japan-China tension over the Senkaku/Diaoyu Islands, the trouble with North Korea, the Syria conflict, etc. even after this vison had been seen, these have all been checked by the “Nathaniel camp” that is spiritually guided by deities.

Presumably this fairy boy must have rung the bell at the occasion of abdication of dark powers such as Benedict XVI, Queen Beatrix of Holland, etc. However, as I explained also in “ Reformation of Heavenly World 30”, the event of a mass arrest on evildoers remains postponed.

In our article of October 27 this year (“ Messrs. Fulford and Drake Are Authentic; These Plans Are Real but Remain Postponed. - The biggest reason the mass arrests have been put off”), the following words were posted: “When we are relieved, church bells across our country will be rung to notify us of the event” (on Drake: ”Is the Time Coming for Mass Arrests to Be Enforced?”). In the event this takes place, these fairies should be ringing bells across the country, while church bells are rung by us humans. Now, we can say the time is so ripe that it would be no wonder even if such an event had finally come any moment.