Hacker group releases execution rehearsal video by the “IS”, which was found from a flash drive of colleagues of Senator McCain.

image: 1 & Source
Hacker group releases execution rehearsal video by the “IS”, which was found from a flash drive of colleagues of Senator McCain.

Here comes the evidence!
Beheading video by ISIS was a studio filming. On this blog I asserted from the very beginning that it was so and insisted that a video of Mr. Yukawa and Mr. Goto was fake, not real. I think that my assertion on this has been almost proved by this article.
I think this will be fatal to the Bush/Nazi camp.

English translation of the excerpt from the Japanese version of Sputnik: July 11, 2015 –

Hacker group releases execution rehearsal video by the “IS”, which was found from a flash drive of colleagues of Senator McCain. 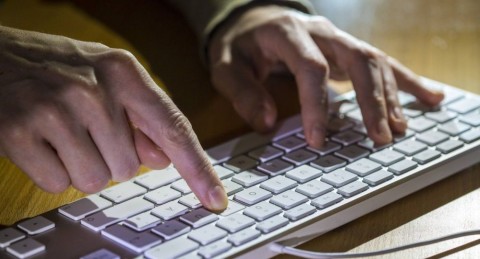 A hacker group “KiberBerkt (Cyber Golden Eagle)” has released a video filmed in a movie theater, which seems to contain scenes of hostage execution by Islamic extremist militants (regarded as “Islamic State” members).

*According to “CyberBerkt,” the video whose value cannot be overestimated was found from a flash drive, which Senator McCain’s colleague had brought when visiting Ukraine. The hackers have not identified the name of the person.

A representative of “KiberBert” adds: **“Dear Senator McCain! We recommend you next time in foreign trips, especially for territory of Ukraine, not to take confidential documents.”

Armed militant terrorist group “IS” is considered to be one of major threats in global security. Militants have executed many innocent people including Japanese.

(Note)*, **
These two sentences are excerpt from http://www.cyber-berkut.tu/en/index.php