EU Flags Trampled On – The whole world is unified while each country maintains its sovereignty and. This is multi-polarization and future will head towards this direction.

image: Source
EU Flags Trampled On – The whole world is unified while each country maintains its sovereignty and. This is multi-polarization and future will head towards this direction.

Reportedly, unprecedented protests were staged in the capital of Slovakia. The reason seems to be a quota of immigrants the EU imposed on each country.
The U.S. and EU member states have intervened into internal affairs of other countries for the last two decades. As a result, refugees have been created and they have rolled into the EU countries.
However, Slovakia did not intervene into any conflicts in Afghanistan, Ira, Libya and Syria. They think why they have to take the blame for the mess created by such countries that intervened.
Such immigration policy is originally developed according to the intent of the elite who want to remove the bounds of race and nationality and have each country abandon its national sovereignty. They intend to cause all the European countries to have anti-immigrant riots, which will lead to an uncontrollable situation there.
They intend to force the people to hang on to bigger authority because the country cannot be relied on. It appears that they call such bigger authority the “Lucifer’s Light.” It is a plan to bring about this light by newly reorganized United Nations. The fact that the United Nations is involved in dismantlement of the U.S. by the Jade Helm will help you understand this. I think probably things will not go in the way they think. .
The whole world is unified while each country maintains its sovereignty. This is multi-polarization and future will head towards this direction.
Masatoshi Takeshita
June 26, 2015

Bratislava witnessed unprecedented emotional protests hitting the streets on June 20. The Slovakian capital has enjoyed the fame of a quite city, actually one of the quietest in the European Union. Now the people want the EU to stop imposing its security concepts that run contrary to national interests. EU flags were trampled on against the background of clasheswith police.

The Slovak Movement of Rebirth led the protests gathering at least 10 thousand people (including the citizens of Czech Republic). Participants waved flags and held banners reading «This is our home!», «We’ll fight!» «Slovakia to Slovaks!», «Slovakia is our country, the land of our predecessors!» «Slovakia is not Africa», «Multiculturalism equals genocide!».

Robert Schwetz, a protester, said the European Union undermined the interests of Slovakia. According to him, the local politicians trying to swim between Brussels and Bratislava were suffering from political schizophrenia.

Protests also were staged the same day in other European cities, including Berlin, Paris and Rome.
The reason was the fact that the leadership of European Union intensified efforts to undermine the state sovereignty of member-states. The national governments are to comply with the immigrations rules imposed by Brussels. The EU chose the easiest way to tackle the problem. Every country gets a quota of immigrants it has to host. It was 700-800 refugees for Slovakia at first. But that was just the beginning. Thousands of immigrants come to the EU daily. It gives rise to ethnic tensions, raises criminal rate and undermines national security. Unemployment has hit record high 11, 6% in Slovakia. 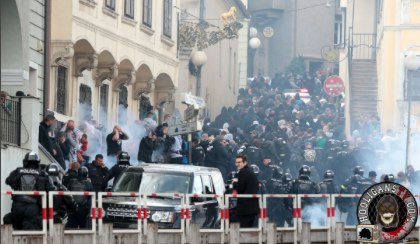 The problem goes far beyond the limits of EU immigration policy. In a nutshell, it all boils down to contradictions between Brussels bureaucracy and common people of EU member states. The Brussels officials pursue geopolitical goals imposed from overseas. Overseas is the word to make clear who exactly and why undermines European unity and the interests of European integration.


True, something should be done about illegal immigration. One should get to the root of the problem for a start. Hotbeds of bloody conflicts, chaos and anarchy have been emerging in Europe during the recent twenty years as a result of policy conducted by the leadership of United States and European Union. The US and EU member states interfered into internal affairs of other countries. 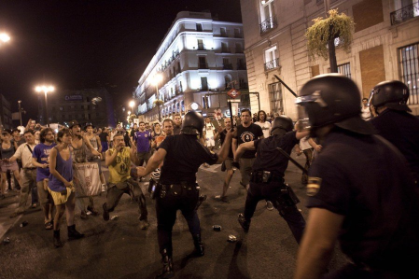 As a result, flows of desperate people started to leave their homelands for the old continent. It made European unity vanish. France began to simply deport the «unwanted guests». Italy resorted to ruses in the spirit of stories written by Gianni Rodari. It opened its borders to let refugees in doing its best to make them move to other EU states. Hungary preferred to build a wall. There are different scenarios. All of them are based on national egoism and political considerations. Brussels does not recognize its responsibility for the situation. It does not offer a coherent strategy. All it does is shifting the blame. The interests of sovereign states are not taken into consideration.

Other countries may come up with the arguments of their own. Slovakia did not invade Afghanistan and Iraq, it did not topple Muammar Gaddafi and it did not interfere into the conflict in Syria. Austria-Hungary (including Slovakia as its part those days) did not colonize Africa.

The refugees from North Africa escape poverty and interethnic conflicts sparked by European colonizers. Slovak media outlets publish a map of former North African colonies as a basis for making appropriate calculations related to the numbers of immigrants each EU member has to host. 30% fall on the United Kingdom and France each, 10% on each of Italy, Germany, Portugal and Belgium. Is it not an example national (or to be more exact – international) reconciliation?

There is another way to solve the problem. There are at least two European testing grounds for Western geopolitical experiments: Kosovo and Ukraine. What about making the refugees go there? The people from Africa and Asia will change the demographic balance to make things right. In Ukraine they will make the Ukrainian leadership come to its senses, at least partially. The protesters in Bratislava and other European capitals have to approach Brussels and their respective national governments that have been obediently following the orders of European bureaucracy.

Many members of national governments disagree with the instructions of European Commission, anti-Russia sanctions. National leaders assure that they stand for national sovereignty, but when it comes to casting a vote at EU sessions they display unity like it was in the days of socialism. No wonder quotas are imposed. The elites of EU member states are unable to distinctly state and defend their positions on key issues of state interests and national identity.
Foto: hooliganstv.com, polit.ru