image: Source
ISIS fighter was trained in counterterrorism tactics on American soil / ISIS is the last protection wall against Iran for Israel

According to the CNN article, it appears that a man, former police commander in Tajikistan, joined the ISIS after being trained in the U.S.
According to Iran Radio, however, ISIS member from Tajikistan was trained in the U.S. I think this is probably true. It has always been said that ISIS members are being trained in the U.S. This time CNN has reported it in this manner.
The third article reads that Israel supports ISIS, ISIS is sort of shield for Israel, and if ISIS disappears, “the Israeli last wall would collapse,”
By the way, Abe-pyon made a speech between Israeli national flag and Japanese one, which allegedly caused the killing of two Japanese hostages. I wonder if the Japan’s Self Defense Forces would be trained by the U.S. and fight against ISIS Israel supports.

ISIS fighter was trained in counterterrorism tactics on American soil

It has been found that a man, former police commander from Tajikistan, who joined the ISIS, participated in five counterterrorism training courses run by the State Department. 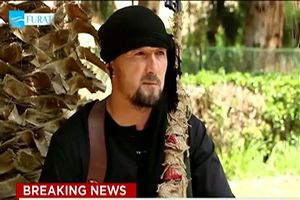 CNN reports that an ISIS fighter was trained within the State Department.

According to CNN report on Sunday, 31, “an ISIS fighter was trained in a program run by the State Department,” officials tell CNN.

CNN revealed in the video released on the Internet that an ISIS member, Tajikistan named Col. Gulmurod Khalimov participated in programs on U.S. soil three times, at least one of which in Louisiana.

The State Department has confirmed this claim.

“From 2003-2014 Colonel Khalimov participated in five counterterrorism training courses in the United States and in Tajikista,” said spokeswoman Pooha Jhunihunwala.

“ISIS is the last protection wall against Iran for Israel” 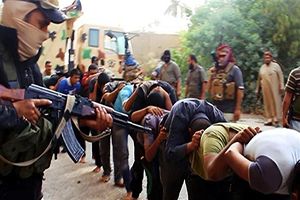 Zionist-controlled media and related people say that a terrorist organization ISIS is the last protection wall against Iran and the center of resistance for the Israeli government.

According to Lebanese Al Manar TV on 29, Friday the Israeli newspaper reflecting the stance of Prime Minister Netanyahu reported that “ISIS is sort of shield against Iran and the center of resistance for Israel and some of Arab nations. If this group disappears, the Israeli last protection wall against such center would collapse.”

Before this report, Israeli Defense Minister Ya’alon mentioned that there was unlikely that ISIS would change into a dangerous existence.

According to the report, “Israel supports ISIS and al Nusra Front extremists.”

According to Zionist-controlled newspaper Haaretz, “Israel has reached agreement with al Nusra Front and other militant groups to maintain the border security in the Golan Heights.”

In this situation, ISIS calls for killing of the Shia in voice messages on social network.