Reading this article, I couldn’t resist shouting out with surprise. Mr. Alexander Kolomiyets, former aide to Ukrainian defense minister and chief military analyst, defected to the Donetsk side together with his family and voluminous amounts of information.  Since Mr. Kolomiyets served as the regional military commissar of Donetsk region for 19 years, it can be said that the Ukrainian armed forces have lost the boss. This will make it impossible for them to make war.
I have thought war in Ukraine is inevitable. However, I think this incident has shattered the ambitions of the Kiev administration and Neoconservatives.
It was expected that punishment of SaLuSa’s comrades would help stop confusions on the earth. So I have thought that we will see things move in unexpected direction. However, this incident has given me a surprise far beyond my expectation.
The article says “panic has started in Kiev, the capital of Ukraine.” The situation is the same with Neoconservatives. I think that Nuland and MacCain, of course, and George Soros have got in a panic.

English translation of the Japanese version of Sputnik – June 23, 2015 –

Former Aide to Ukrainian Defense Minister Defects to the Militia Side 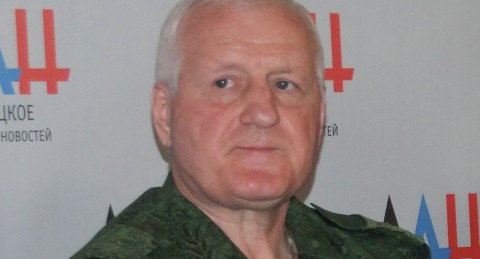 On 22, a panic happened in Kiev, the capital of Ukraine, because a major general of the armed forces of Ukraine, who is a chief military analyst and the former aide to Ukrainian defense minister, defected to the militia of Donetsk Republic.

The former aide not only defected to the Donetsk side but brought voluminous amounts of information there.

The former aide announced at a press conference with Donetsk News Agency “I, major general of the armed forces of Ukraine, Alexander Kolomiyets, my latest position was aide to the Defense Minister, chief military analyst” and he disclosed that he had served as the regional military commissar of Donetsk region. TASS reported it.

Former aide to the defense minister Kolomiyets reported that many Ukrainian soldiers have started to run away from Kiev into Donbass. The former aide pointed out that many of his colleagues do not oppose his joining the militia side.

Additionally, with regard to the condition of the Ukrainian army, the former aide expressed his opinion that the potential of the Ukrainian army is at very low level.” “From the moral point of view, all generals and officers who understand that the government’s actions are criminal don’t want to fight,” he said.

The former aide pointed out that there are many others of the Ukrainian Security Organization who joined the militia side. As an example, he reported that the former chief of the Lugansk Customs, Oleg Chernousov and two officers of Ukraine’s foreign intelligence, and staff members of the Ukrainian embassy in Paris: the Miroshnichenko brothers, who declared their disagreement with Kiev’s policies, returned to Lugansk.

Photo: OSCE/MIKHAIL EVSTAFFIEV
OSCE: In Ukraine, removal of heavyartillery from the conflict zone has not been finished.

More than 10,000 soldiers desert from the Ukrainian army 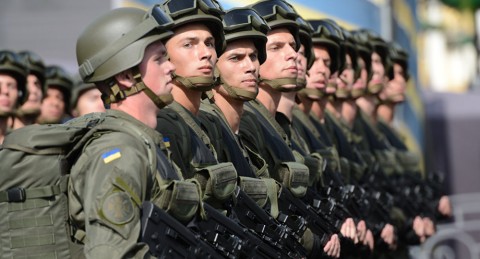 In Ukraine, more than 10,000 soldiers have defected since conduct of hostilities started in the Donbass region, eastern part of the country. Vesti.ua reported citing the information from the General Secretariat of Military Law and Order Military Affairs of the Ukrainian army.

According to the General Secretariat, there were a large number of deserters in 2014, while in 2015 the number of soldiers who ran away from troops has decreased. The Ukrainian Army Staff Headquarters has announced that the number of case of desertion for 2015 is about 100. Vesti.ua reported it.

In Ukraine, mobilization carried out three times in total in 2014; first on March 17, 2014, second on May 6, 2014 and third on July 22, 2014. Ukrainian President Poroshenko before announced that approximately one-third of soldiers called up in the first mobilization had deserted.