Curious Move of JP Morgan Chase – They are preparing for a worst case scenario they have plotted.

image: Source & livedoor.jp
Curious Move of JP Morgan Chase – They are preparing for a worst case scenario they have plotted.

According to the article, JP Morgan has purchased a huge amount of physical silver. The latter half of the article says that they began restricting borrowers from using cash to make payments on credit cards and also prohibiting the storage of case in their safe deposit boxes. JP Morgan knows that US dollars will in time become paper scraps.
The last sentence says that “JP Morgan seems to be preparing for a worst case scenario.” It is not so. I think that they are preparing for a worst case scenario they have plotted.

Something Is Seriously Wrong, Why Is JP Morgan Accumulating The Biggest Stockpile Of Physical Silver In History? 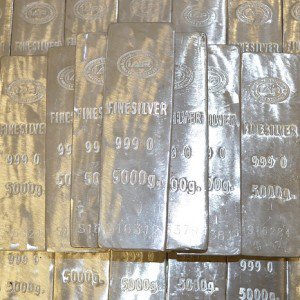 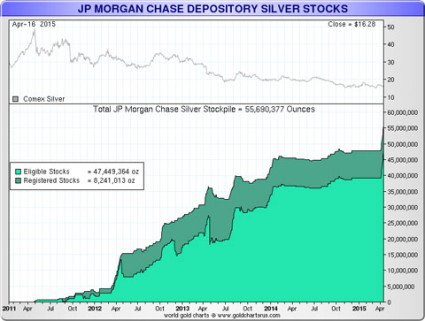 Do they know something that the rest of us do not?
Meanwhile, JP Morgan Chase has made another very curious move as well.  It is being reported that the bank is “restricting the use of cash” in some markets, and has even gone so far as to “prohibit the storage of cash in safe deposit boxes”…
What is a surprise is how little notice the rollout of Chase’s new policy has received.  As of March, Chase began restricting the use of cash in selected markets, including  Greater Cleveland.  The new policy restricts borrowers from using cash to make payments on credit cards, mortgages, equity lines, and  auto loans.  Chase even goes as far as to prohibit the storage of cash in its safe deposit boxes .
What in the world is that all about?
Why is JP Morgan suddenly so negative about cash?
I think that there is a whole lot more going on behind the scenes than we are being told.
JP Morgan Chase is the largest of the six “too big to fail” banks in the United States.  The total amount of assets that JP Morgan Chase controls is roughly equal to the GDP of the entire British economy.  This is an institution that is immensely powerful and that has very deep ties to the U.S. government.
Could it be possible that JP Morgan Chase is anticipating another great economic crisis?
We are definitely due for one.


JP Morgan certainly seems to be preparing for a worst case scenario. 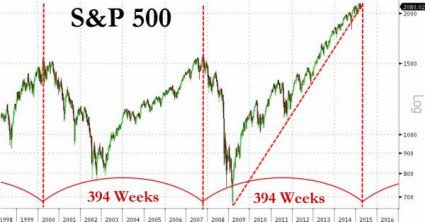