The IMF loans money to financially squeezed countries at high rate and imposes on them structural reforms, mainly targeted at the fiscal austerity. Specifically, it is the same as the policies taken by the Koizumi and Abe administrations. Reduction of public servants’ salaries is the only policy that Japan has not carried out.
No money loaned by the IMF is delivered into the hands of the people. Loaned money is used as loan repayment to banks that have loaned the country and there is nothing left. In a word, the people owe IMF a debt. The people have to pay off the debt as tax payment for a long period of time. To put it simply, the IMF policy is to relieve big corporations and abandon the people. Their work is nothing less than the act of the devil.
This is why developing counties have offered an enthusiastic welcome to the Asian Infrastructure Investment Bank. Seeing the case of Greece, we will fully understand what has happened to a victim of the IMF. Reading the article, it appears that the Greek people have got into a situation where they do not receive their pension properly.
It is not necessary for Japan to make a declaration of default because the country borrows no many from overseas. If financial collapse occurs, the country can immediately carry out restricted accounts. If you make a deposit in a bank, it is likely that your money will be confiscated by the government. We don’t know what or when something will happen. I advise you to keep money on hand.

Financial corruption and fraud at the World Bank and the IMF are normal business practices. Most people are kept in the dark because the establishment media refuses to report on endemic corruption and fraud at the international financial institution.
While the U.S. press is apt to portray the IMF and World Bank as selfless Good Samaritans, the reality is that these 50 year-old institutions function more like global loan sharks.
In addition to running debt scams and engaging in criminal fraud, the World Bank, the Federal Reserve and a tiny bankster elite are working to impose an authoritarian financial system over the entire planet.
In 2009, then World Bank president Robert Zoellick admitted the existence of a plan to eliminate national sovereignty and impose a global government during a speech on the eve of the G20 summit.
This clip recorded a while back shows how evil the money system is at the World Bank. 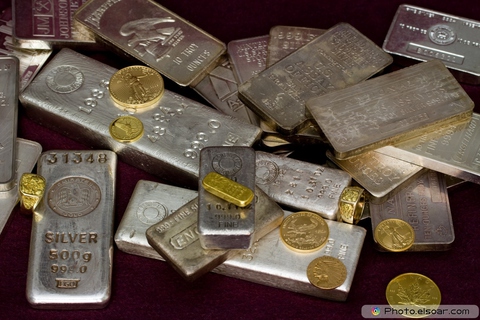 Greece has ordered its public sector bodies to hand over any reserve cash to help it meet a payment due to the International Monetary Fund (IMF).
The country is running out of cash and must repay the IMF nearly €1bn in May.
The Greek government issued a decree that forces local governments to transfer all cash balances to the central bank, as debt to the International Monetary Fund and salaries are due.
Greece should default before it creates its own civil war.
You just can’t do this sort of thing to the people.
We are heading into a situation of total economic insanity.
Greece’s government issued a decree Monday requiring public bodies such as state-owned companies and public pension funds to transfer their cash reserves to the central bank as the country’s cash reserves continue to dry up.
The decree, published in the government gazette late Monday, came as no surprise, the government having telegraphed the move last week. But it still represents evidence of an escalating cash squeeze amid renewed concerns of Greek default.