In the previous article (on September 24), I posted the following list of relationship between the Great White Brotherhood and the “Galactic Federation” & the “Galactic Federation of Light.” In this list I let you know the names of 12 members of the Andromeda Council and the Pleiadian Council, which are highest organs of decision-making of the two Councils respectively. Actually, instead of their real names, they assumed false names to send channeled information. 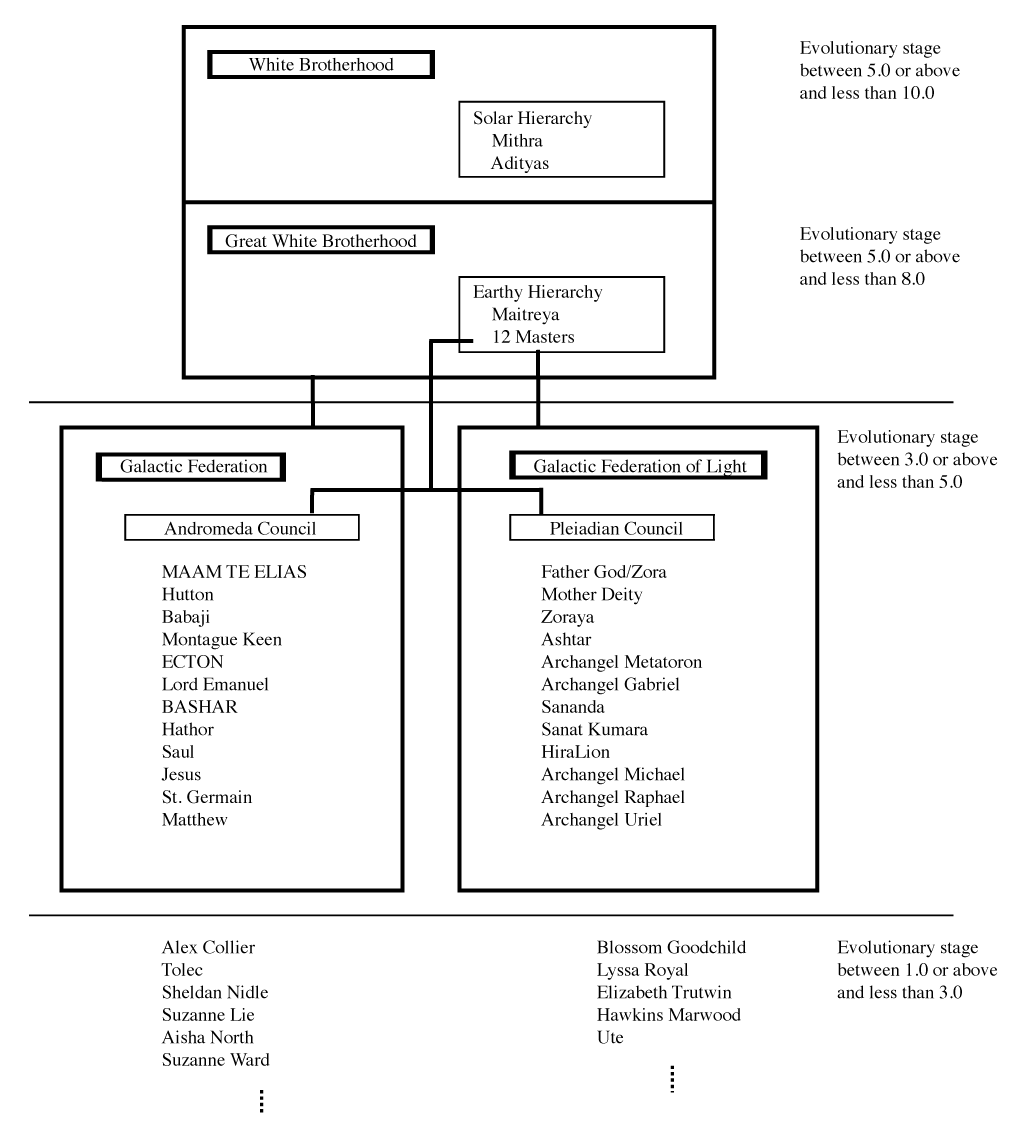 In the October 8 article, I showed a list of names of 12 stars belonging to the Andromeda Council and names of Council members living there. The list rearranged in order of decreasing dimension of planets is shown below.

Dimension of 12 stars belonging to the Andromeda Council -2-

The 12 Andromeda Council members in this list correspond to the disciples of 12 Masters, who are aides to Maitreya.

The names of another disciple group belonging to the Pleiadian Council are also added to the list below.

Names of 12 Masters & Names of their disciples

Manu (Nimrod)’ disciples are MAAM TE ELIAS and Father God/Zorra. The same is applied to other Masters; for example, disciples of Master Djwhal Kuhl are Matthew and Zoraya. In a word, these 12 reptilians completely controlled the two Councils. Since the “Galactic Federation” and the “Galactic Federation of Light” act based on the decisions made by these Councils, we can say that these two organizations were virtually controlled by reptilians

Finally, at present, the “Great White Brotherhood,” “Galactic Federation” and “Galactic Federation of Light” have all been extinguished and no one, with the exception of those who have repented of their sins, has survived. At present, most of channelers and light workers, who were their collaborators, have also been destroyed. Those who have the body on earth have lost souls. Any warning had no meaning to them.

(Note 2) Two out of 12 members of the Andromeda Council, Montague Keen and Matthew had Linga Sarira as Satanists. Therefore, their Linga Sarira does not look like human. In the general meaning, both of them are reptilians.
Posted by Shanti Phula at 2:00 AM