Yesterday, I introduced my questions toUtsukushikisakurasaku-himemiko, Chairperson of the “Galactic Federation,” andher responses.  In the article, I revealed the existence of the Council, which consists of 51 members, in the “Galactic Federation” and the number of Council members in each System.
Today, I’d like to disclose a list of stars that the planets, where Council member aliens reside, belong to. 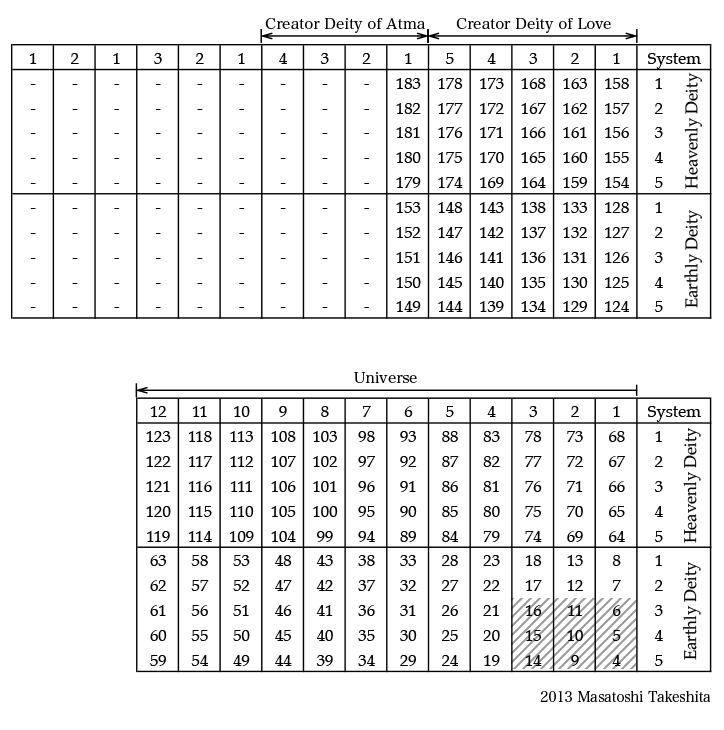 As shown below, I’d like to show a list of stars that 51 members of the “Galactic Federation” council belong to.  However, spaceships coming to the earth are from various stars other than stars shown in this list.  For example, SaLuSa is an alien being from planet Nyan Tolo of Star Emme Ya (Sirius C) in the Sirius star cluster but Emme Ya (Sirisu C) is not included in this list.  This is because this table is limited to a list of stars that the Council members belong to.  Basically, Heavenly Deities reside on stars and Earthly Deities reside on planets.  Alien beings of the “Galactic Federation” do not reside on the stars shown in this table.  All council members reside on the 5th planet of these stars in this table.