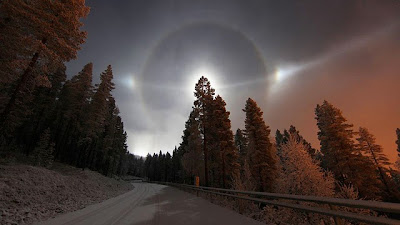 We have got a comment from Mr. Takeshita concerning the next information.

These phenomena seen in these pictures are all manifested by Sumiwataru-takakihoshino-himemiko-sama. The first photo was taken before her return home to Earth and the second one after it: since Monad (blue pearl) of the first photo is in the Plant System and the second of it in the Sirius System, you sense higher vibration in the second photo. Both of them are manifested by the same himemiko-sama.
Change in the location of Monad between the two photos directly shows that she returned to Earth on November 1.

Information from our reader, Prema-sama (on the first article)

It is October 31, 2013 that the above three photos were posted on a website called Reddit. Although I examined the date when they were taken, it remained unknown.
A photo (in XINHUANET.com) is the parhelion seen in Inner Mongolia (on November 1). I learned it through Twitter. 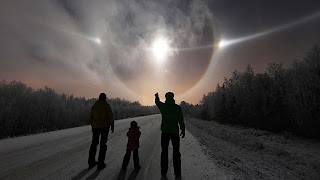 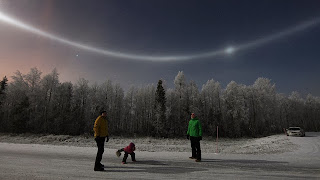 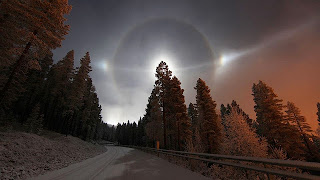 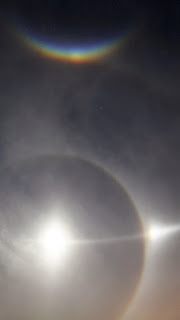 A Reddit user who lives in Finland where the polar night occurs – the sun sets even in the daytime – was called by his father and went out. He saw incredible phenomena in the sky.

The moment when “all parhelic phenomena” were seen simultaneously was photographed in these pictures.

* “Supralateral arc” – arc formed in proximity to the circumhorizontal arc” seen in the last photo
* “46 degree parhelion” – red spot at right in the first photo and at left in the second photo, respectively

They are incredibly beautiful. 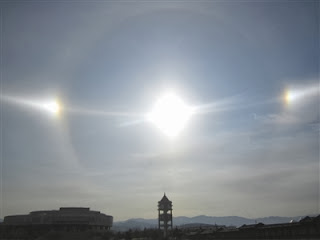