US Secretary of State Warns of Israeli Isolation - U.S. has joined the Nathaniel camp - 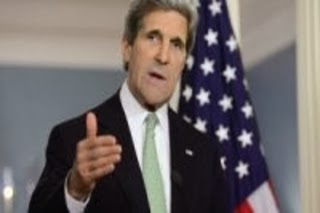 US Secretary of State Warns of Israeli Isolation
&
Removal of Half-Century Embargo against Cuba?
- the articles suggesting U.S. has joined the Nathaniel camp  -

I posted a comment in which I wrote that the U.S. would join the Nathaniel camp around November 20.  The following article suggests this.  Tonight around 10:00 p.m. (JST) Kerry would sell out to the Nathaniel camp.  I suppose that he made this remark in the process of it.
I find the second article very splendid.  However, I think it is necessary to comment on Obama who stated the removal of US embargo against Cuba.  I’ll explain about it at some future time.

US Secretary of State Warns of Israeli Isolation 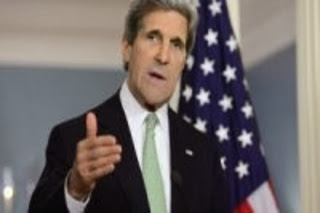 US Secretary of State John Kerry warned about isolation of the global Zionist regime Israel.

On 7 Thursday, in a joint interview with Israeli and Palestinian televisions, reported by Reuters, Secretary of State Kerry warned that a failure in progress of peace negotiations with Palestine would isolate Israel.

Secretary of State Kerry said, “If we do not find the way to find peace, there will be an increasing campaign of delegitimizing Israel in international society.”

Peace talks between Israel and Palestine have been interrupted for about three years due to Israeli continuation of construction of settlements, but they were resumed in Washington at the end of July this year.

Simultaneously with Kerry’s visit, Israel has disclosed to construct 20,000 houses anew in the northern part of Beyt ol-Mogadas Jerusalem.

Removal of Half-Century Embargo against Cuba?

The U.S. government is ready to remove the embargo against Cuba, which was adopted in 1960.  President Obama talked about it on 8.

The president said that the government has to change policies carefully and creatively.

The US economic embargo against Cuba was adopted in 1960 to retaliate against Cuba which seized the properties of US citizens and corporations.  The measures developed into a total embargo in 1962.