This information from Mr. Fulford is very interesting. - Article by Mr. Fulford supports the facts Mr. Takeshita has intuitively understood. - 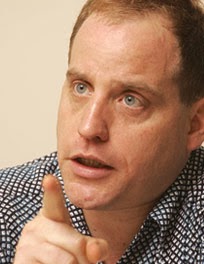 This is very interesting information from Mr. Fulford, which supports what I have mentioned up until now - the time is ripe. The sources expressed remarks such as “The Pentagon had already taken over the FEMA camps” or “…the cabal members and their families, ……… will instead find themselves confined in the FEMA camps.” These are just as I expected the future of the FEMA, long time ago. The part “a major campaign to end poverty and stop environmental destruction” corresponds to what a goddess mentioned in “Reformation of Heavenly World”: “Measures for them not to suffer any longer will be taken soon.”

There is another remark: “The totalitarian rulers of Saudi Arabia……. ‘One day the stick is in your hand, the next day it is in your ass.’” As I have already mentioned, you will see it is hardly likely that the current Saudi Arabia regime will survive in the midst of a revolution.
Additionally, there are remarks: “The coordinated attempts by cabal slave governments in Japan.” and “the Japanese Parliamentary acting troupe will be reading from a new script.” This is the same in the content as what I said: since Japan joined the Nathaniel camp on November 1, the Secret Protection Bill will be differently used even assuming it is enacted.

As I have mentioned many times, I do not reach such deductions after gaining information from Mr. Fulford. The facts I have intuitively realized are supported by his articles. This is because there are no such descriptions in his articles that Michael Green, Joseph Nye and the above-mentioned two persons sold out to the Nathaniel camp in April, in May and yesterday, respectively. And you will also understand that unless such things happen, it is unlikely that “the Japanese Parliamentary acting troupe will be reading from a new script.” If reading this information from Mr. Fulford, I believe you will fully understand my argument that Japan has already joined the Nathaniel camp.

Multiple sources say the Pentagon is moving to shut down cabal.

Some kind of paradigm changing event in the US is imminent, according to multiple sources.

The Pentagon had already taken over the FEMA camps and was going to put all the politicians from Washington D.C. there, one sourse said.

The CIA source, for his part, said they were going to shut down the US power grid on November 11th.

A top level Chinese government representative also reported that an agreement had been reached to release vast amounts of funds to finance a major campaign to end poverty and stop environmental destruction.

In response he was told that if the cabal was defeated by the White Dragon Society and its allies, the US military would receive more funding that it does now and would be asked to help in the campaign to fix the planet.

The NAS scandal is one example.

The result is heavy criticism on the US regime by supposed allies such as the German, French and Spanish governments, a clear sign the Europeans are moving closer to Russia and distancing themselves from the US.

The other big move against the US last week came when Russia sent two strategic nuclear bombers to Venezuela after which Venezuela immediately took over US owned oil rigs in the country.

The Chinese did their bit by announcing they had surrounded the US with nuclear submarines that could annihilate the entire continental United States.

They have also been aggressively investing in new energy technology and will pioneer a post-oil world.

Turkey, supposedly a NATO country, is negotiation a customs union with Russia, buying missiles from China and rounding up and removing Mossad agents spying on Iran from Turkey.

Egypt too is buying missiles and other weapons from Russia and offering the Russians a naval base.

Last week when Israeli forces attacked Syria, the US armed forces immediately informed the Russians of this fact, infuriating the Israelis and making it clear that the United States armed forces are no longer going to fight wars for Israel.

As a result that country will have to reach a deal with its neighbors and with Russia if it is to remain a viable entity.

In this plan, Israel is expected to eventually become a Jewish autonomous region inside this federation.

The totalitarian rulers of Saudi Arabia, for their part, need to remind themselves of the Arab saying:

The sources also say the cabal members and their families, who had planned to hide in underground bases while they killed everybody else, will instead find themselves confined in the FEMA camps.

The people of the world are sick and tired of the criminal behavior of the US rouge regime.

If the US power grid is shut down on November 11th, it will mean no internet, no TV and no ATMs.

If this event does happen, and if it is managed by the good guys, it can thus be used to render impotent two of the cabal’s main weapons, the control of the distribution of many and the use of mass propaganda.

The coordinated attempts by cabal slave governments in Japan, the US and the UK to drastically curtail press freedom are signs of cabal desperation, not cabal power.

The cabal appointed leaders in Canada, the UK and Japan are under attack on multiple fronts.

In Canada, a corruption scandal is closing in on Bush slave appointee Stephen Harper.

In the UK, the passage of a draconian press law has triggered a massive anti-government campaign.

In Japan, the gangsters who used to work for the cabal are no longer doing so, meaning the Japanese Parliamentary acting troupe will be reading from a new script.

That has already been seen with the announcement last week of joint Japanese Russian military maneuvers.

The end game of all this will be world peace.