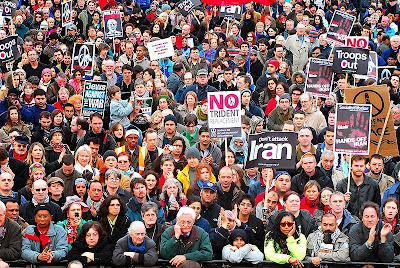 It is quite interesting. It appears to be true that “presumably, Turkey, Qatar and Jordan have broken away with fake Jews” described in the article.
There is no doubt that these three countries have sided with the Nathaniel camp. As for the latter half of the article, that is, “If Wall Street collapses,..”, if this comes true, the Secrets Protection Law will change into a law that serves to bind the bad. In other words, the U.S., Saudi Arabia and Israel have remained to be problem nations and above all we have to particular attention to the U.S.

I have been seeing how China and Russia will cook FRB while picking my nose instead of sitting on a cutting board. It seems that they will successively acquire American banks, let fake Jews the first to become daruma-dolls by binding their hands and feet and finally push them down from clouds above the hill.

To begin with, they let the world know that a girl who looks like a pretty snappy girl thanks to plastic surgery had really sagging tits like an old woman, by taking away her bra which enables breast to seem bigger. Then they open a hostess bar run based on yuan standard system, by showing off really pretty snappy girls working there. This is just how China boasting of 5000 years of history does.

Prohibition of overseas remittance by JP Morgan seems to indicate that they will stop buying if you transfer beautiful hostesses to other bars.

Since Saudi Arabia has been identified as a mastermind behind al-Qaeda, it has no choice but to decline entry as a permanent member of the United Nations Security Council. The country seems to have lost control as it was sacrificed by fake Jews. Looking at it sideways, Turkey, Qatar and Jordan seemed to lose no time in breaking away with fake Jews. It means that it is a matter of time before the Middle East sells out to BRICKs and major oil companies will be destroyed.

China and Russia, which control gold and the City, have continued to advance and they say that Russia and China, NATO and UN forces have set foot on U.S. mainland. It is a matter of time before they control U.S. forces which are in danger of being pad no salary.

Fake Jews are just like the members of the United Red Army in the Asama-Sanso incident. All they can do after attacked with iron balls and spraying water is to hit hostage Japan. Just a little more patience is needed.

If Wall Street collapses, all fake Kimuchi government, nothing but a cat’s-paw of fake Jews, has to do is to fly to the Korean Peninsula. As a result, frauds of a consumer tax hike, TPP and Secrets Protection Bill will be counted as invalid. Just a little more patience is needed.

Since it has been revealed that double typhoons are due to HAARP, they cannot induce typhoons by undersea nuclear explosion.

Japanese bureaucrats, Diet members and reporters have to be careful not to make a mistake in when to betray fake Jews so that they can go with the times of China and Russia.
Posted by Shanti Phula at 2:00 AM