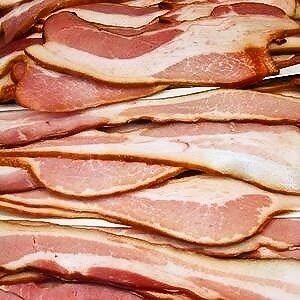 I think this is not the issue of processed meat but rather that of additives. My family and I never eat any bacon or sausage. This is because they are all inedible.
A lot of additives contained in them frighten me.
So I regard what is written in this article as quite natural.

I do not always check food products by production area and additives alone, because some food products are good to eat even though containing additives and others are inedible even though produced by purely natural ingredients.
What is important is your sensitivity to chakras.

Dailymail reports that a study finding that processed meat such as bacon and sausage can harm sperm quality will be released soon.

This study is to be presented this week at a meeting on reproductive medicine in Boston. Harvard University researchers examined the eating habits of 156 men under fertility treatment for trend test.

They have found that men who consumed a certain amount of processed meat every day had poorer sperm quality than those who didn’t.

Additionally, men who had dishes containing white fish at least every other day reportedly had far better sperm quality than those who ate it rarely.

“If we naively believe the study findings, it turns out that less processed meat intake and more white fish intake is likely to raise sperm quality, which, as a result, is good for men’s fertility. However, it is premature to reach a conclusion.” (Beauty writer)

Dr. Allan Pacey, chairman of the British Fertility Society, is cautious about the findings.
Diet with much intake of processed meat produces other health risks.
Therefore, poor sperm quality is not always directly due to specific food of processed meat.

However, Dr. Pacey also admits that a reduction in intake of processed meat may offer health benefit to men.

He says that it is known that advising men to stop high intake of processed meat may improve their health as well as be good for their fertility.

“To reduce intake of processed meat and consume a healthy diet will make them healthy and simultaneously improve their sperm quality.” (The said person)

Cambridge University researchers have revealed that the number of cases of bowel cancer, heart disease and diabetes dropped by 10 per cent if men halved their intake of processed meat.

If a married couple has difficulty in having children, why don’t you try to lessen the chances of using bacon and sausage and increase those of using white fish such as codfish? It must at least make the husband healthy.