This is the information from Masatoshi Takeshita.
(Previous post: System of Heavenly World)

"I have explained each System and dimension.  The part surrounded with a black bold line is our Sirius System (1st System). 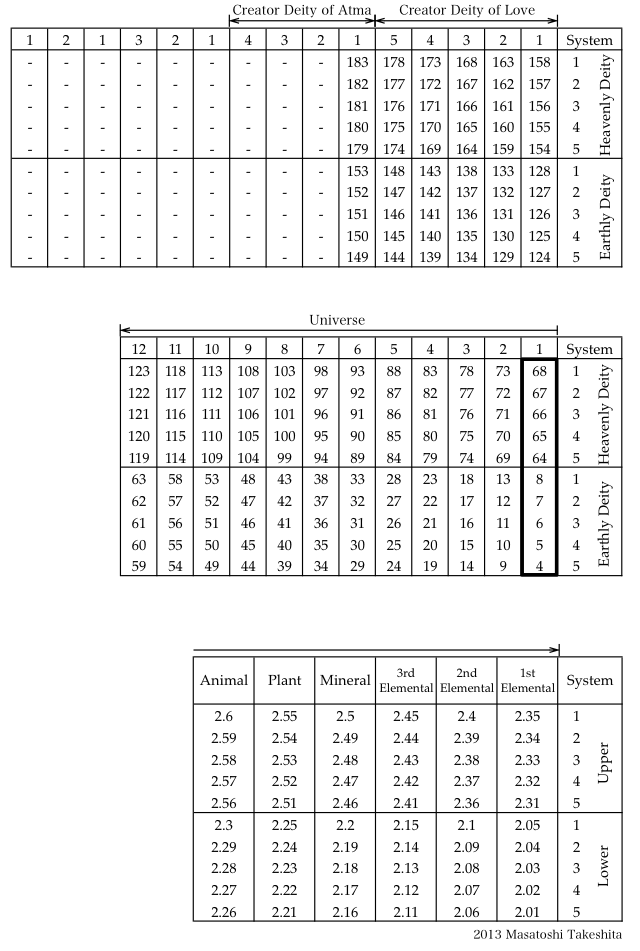 All Systems have the same structure.  Let’s take a look at the overall structure of this Sirius System as an example. 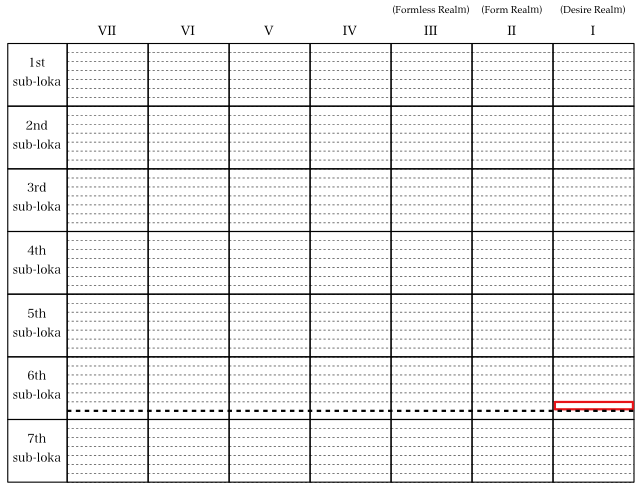 As shown in the above chart, our Sirius System is divided into seven lokas (realms) from top down (from left to right):

The leftmost vertical frame in the above chart is Satya-loka.  In Buddhism, three lower realms of the seven realms are called Desire Realm, Form Realm and Formless Realm from the bottom.  Each of the seven lokas (realms) is subdivided into seven sub-lokas (sub-realms) : 1st to 7th sub-loka.  Each sub-loka (realm) is divided into seven sub-sub-lokas.

As for the three -- Desire Realm, Form Realm and Formless Realm – of the seven lokas (realms) in the Sirius System shown in the above chart, some sub-sub-lokas are given names in Buddhism.  The following chart shows correspondence relation between each plane (realm) and each heaven in Buddhism.  Our earth is located in Senbushuu, which is surrounded with a red frame. 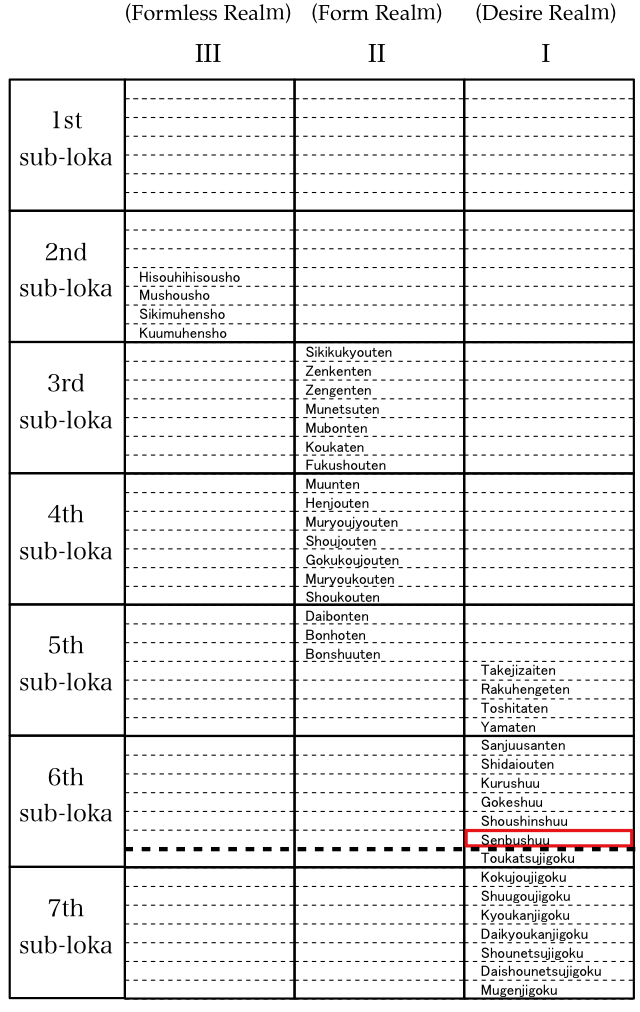 A being in the Sirius System belongs to any of Heavenly Deity 1st to 5th levels (68th to 64th dimensions) or Earthly Deity 1st to 5th level (8th to 4th dimensions).  See where the Jiva (individual soul with ego) of the being is located, and you will understand which level the being belongs to.  (In a video lecture on science of religion, I explained it by the location of Monad. 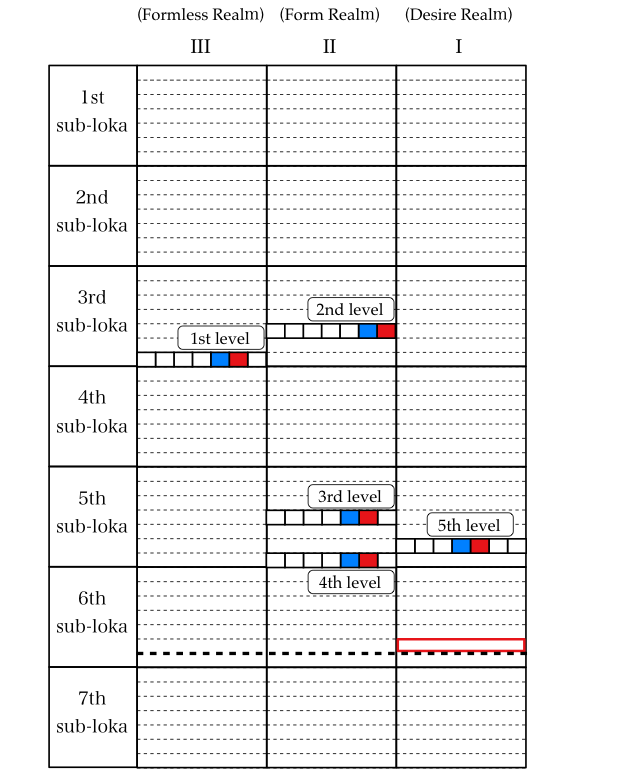 Examination of the location of Jiva (individual soul with ego) of each being makes it possible to know the level (dimension) it belongs to in this way.”