With regard to Greta Thunberg’s speech in the U.N., President Putin criticizes the “use of children and teenagers in personal interests.” / AOC Supporter: "We got to start eating babies right now to reduce carbon dioxide."

image: Author:Anders Hellberg [CC BY-SA] & Author:President_of_Russia [CC BY]
With regard to Greta Thunberg’s speech in the U.N., President Putin criticizes the “use of children and teenagers in personal interests.” / AOC Supporter: "We got to start eating babies right now to reduce carbon dioxide."

According to the first article by Sputnik, President Putin referred to the speech by Greta Thunberg in U.N. and condemned “to use children and teenagers in personal interests.” It might have seemed to President Putin that she is one of children brainwashed by such socialists.

By the way, today’s Solcha Faal information seemed to be uncanny. However, I’ve finally got clear understanding of it after reading the second article below. According to a woman who seemed to be extremely concerned about the increase in carbon dioxide, “it is good for adults to cannibalize one another    <snip>  but that’s not enough  <snip>  we have to eat babies at once.” This logic is very convenient to reptilians. It is a good excuse for the wrongdoing of the Illuminati.

According to Solcha Faal information, Christianity protects such madness. On this blog, I point out that Christianity itself was created by the Cabal and furthermore Jesus Christ who is the basis of their faith was destroyed in the reformation of heavenly world. If so, it seems that humanity will not be saved. As a matter of fact, I don’t talk about anything difficult to understand.

Divine judgement is steadily going on. Some people have been spiritually bankrupted due to evilness. We will see more and more crazy people on TV or on SNS.

On the other hand, there are few people who have good sense and live properly even under increasingly severe circumstances. They create the future of the earth. These people are the “Light of the World.”

Note: Shanti-phula has indicated some parts of the following text in black bold-faced type in red letters.

(1)
English translation of the Japanese version of Sputnik– October 5, 2019 – 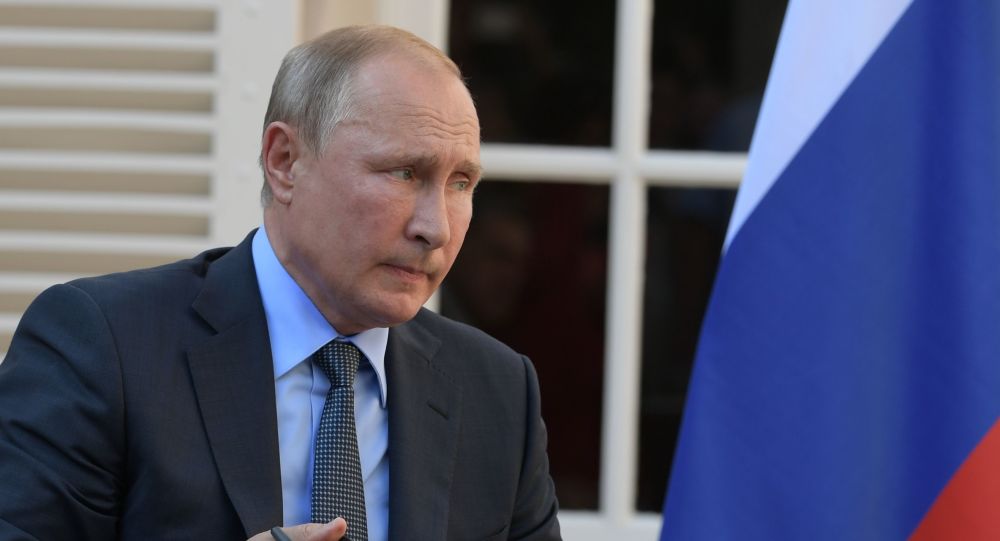 Russian President Putin told that he does not share the praise by many people about the speech in the U.N. made by Swedish environment activist Greta Thunberg, 16 and he criticizes the use of young children in personal interests.

Greta Thunberg’s speech made in the U. N. last week got a great response from the world.Thunberg accused the world leaders who gathered at the Climate Summit by saying: “you have stolen my dreams and childhood with your empty words.” She also accused them of betraying her generation by failing to tackle greenhouse gas emission.

President Putin said at the plenary session of “Russian Energy Week” forum: “I may disappoint you but I don’t share the common excitement about the speech by Greta Thunberg.”

According to President Putin, young people who paid attention to environmental issued should be supported.

“But when some is using children and teenagers in personal interests, it only deserves to be condemned,” President Putin emphasized.

(2)
English translation of a Japanese article: Trend in Japan, World and Universe– October 6, 2019 –

Democrat Representative AOC Alexandria Ocasis-Cortez, far-left environmental protectionist who promotes the Green New Deal policy (to destroy the world), held a town hall meeting on October 4. One of her supporters made an outrageous plea.
<snip>


A supporter says: “We cannot live longer because of climate change crisis. We only have a few months left.   <snip>  As proposed by a Swedish professor, it’s good for adults to cannibalize, but that’s not enough.
<snip>
There is too much carbon dioxide. We got to start eating babies right now to reduce it. I love that you support the Green New Deal but getting rid of fossil fuel is not going to solve the problem fast enough."
<The rest is omitted>

If, as the "Climate Activists" claim, we are in danger of imminent massive rises in sea levels why are Political Insiders buying $15m ocean front mansions? pic.twitter.com/34tKRjr8lF