image: Author:Mekugi [CC BY-SA] & pixabay [CC0] 1 & 2
There exist two behind-the-scenes Emperors (Messiah as Priest and Prophet) and two groups of secret society Yatagarasu!
Existence of Yatagarasu, secret society aimed at protection of two behind-the-scenes Emperors, has been categories as a kind of conspiracy theory. However, a series of books by Mr. Kanji Ochiai and claim of Kiryou kai has proved it is an absolute fact.

On the blog I’d like to get further into this fact and convey to you the information that there are two Emperors and two groups of Yatagarasu that protect each emperor.

This is the viewpoint of the Essenes. The Hata clan, immigrant clan, came to Japan with the secrets of Kabbalah and this governance system is quite natural and acceptable for the clan. If this governance system is accepted, it turns out that Emperor inevitably is Messiah as King and that these three emperors defend and maintain the national polity as Emperor the Holy Trinity. My intuition tells that Japan’s national polity will be changed in this form.

It is intuitively clear that there is one more behind-the-scenes Emperor. If you read the third, fourth and fifth articles, you can tell why. The third and fourth articles describe about the identity of Tatsukichiro Horikawa and the group that supported him.

The last article indicates why Emperor Komei divided the imperial family into front and hidden ones even by “pretending to be dead.” As described in the article, the essence of Emperor is “Priest King”. Usually, blood line is most valued. Actually, if nothing else, Emperor Komei was actually a descendant from Amaterasu-omikami, at least Emperor Tenmu.

According to the last article, the Imperial Family worried that Japan’s participation as a modern nation would inevitably lead to royal inter-marriage, which would result in infusion of bloodline of foreign royal family and destroy the conventional national polity.

I think it is quite true. However, front Emperor, Toranosuke Omuro was an adopted son of the Omuro family and he is not in the bloodline of Emperor. Therefore, Imperial Family bloodlines have disappeared.

Behind-the-scenes Emperor Tatukichiro Horikawa looks like half-white. His real mother was probably a female from the Rothschild family. Behind-the-scenes Emperor III, Goro Maeda, is said to be half-white. Imperial Prince Mutsuhito, who hidden himself in the male-lineage imperial household at Kyoto, is an adopted child and not the child of Emperor Komei. Therefore, the bloodline as Priest King has also discontinued here.

Behind-the-scenes Emperor Komei had lived long after the Meiji restoration and it should have been possible for him to produce offspring. Unless a descendant conveys the divine will, Japan’s national polity would be collapsed.

Considering that it is the path of light connecting Saihoujoudo (pure land) and this world, you can understand the importance of this shrine.

Actually, it would appear that religious rite is carried out on the level of plasma body and etheric double (light body) in this shrine.

(1)
English translation of the Japanese version of Wikipedia 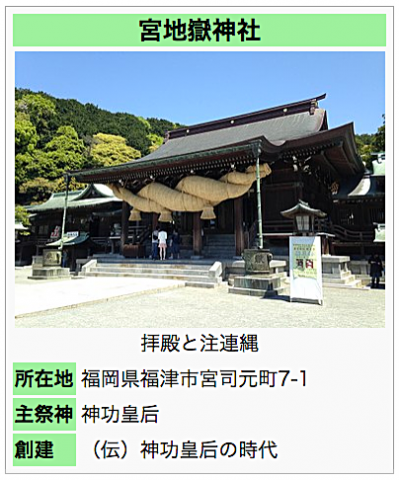 This is the head shrine of Mijajidake–affiliated shrines across the country. Like Munakata Taisha, this shrine boasts of many visitors in Munakata area. The shrine is famous for its *Shimenawa, which is said to be biggest in Japan. The **sando toward west, called “Otoko zaka”, is a about 8oo meter straight road

Note:
*Lengths of laid rice straw or hemp rope used for ritual purification in the Shinto religion (by Wikipedia)
** the road approaching either a Shinto shrine or a Buddhist temple (by Wikipedia)

Stunning view we want to see once in a life time! “Road of Light” can be seen just in February and in October!

Miyajidake Jinja has become famous for a JAL commercial film where ARASHI, a Japanese boy band, appeared. You can see the sunset over the sea shining on the road extended to a sando in the shrine. This phenomenon can be seen twice a year, only in February and in October. 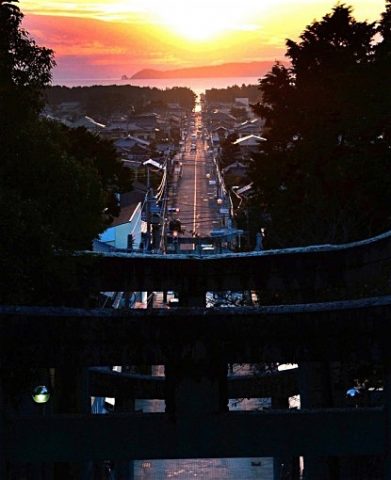 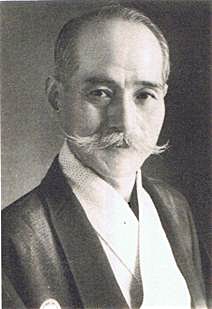 The core circle of Kyoto Imperial Palace worshipping Tatsukichiro as their leader is forces of imperial court derived from Emperor Kokaku, grandfather of Emperor Komei, and part of the Toshou clan including Takatsukasa clan, practically the same bloodline of Emperor Kokaku. Additionally, there were forces of Kishu Domain and Aizu Domain which came from Kobugattai (Union of the Imperial Court and the Shogunate) which started with marriage between Princess Kazunomiya, sister of Emperor Komei, and Shogun Tokugawa Iemochi. Implementation units under Tatsukichiro’s wing were not only Genyosha but temples and shrines based at Kyoto. Higashi Honganji and Nishi Honganji were leaders. The most powerful force of fringe groups was above-mentioned Satsuma One World, which carried out governing by Tatsukichiro while following directions of Shigemaru Sugiyama as a branch office of machine forces residing in the United Kingdom. Tanba Ooe Yamashu is an external body of Imperial Household originated from biological mother of Emperor Kokaku, Iwashiro Ooe. They engaged in intelligence activities against Imperial Household from Edo Period, led by Yoshimatus Ueda, Anafuto Village, Kameoka. Many of them were invited to go to Manchuria where they became horse soldiers or sneaked into the headquarters of Qing dynasty to prepare for state affairs. Oomoto-kyo they created became the implementation unit supporting Tatsukichiro along with Genyosha, and founded their practical branch Red Swastika Society within the republic in the Taisho era. Tatsukichiro became the President in Japan.

Emperor Komei had repeated discussions with his close aides. <snip> They agreed in that it is necessary to establish a constitutional monarchy as a new political system for our country to appear on the international stage as a modern nation among the Western powers. Based on this agreement, they reached the same conclusion that they would have no choice but to divide the imperial family into front and hidden ones in the end in order to globalize the imperial family while defending the national polity which continued to exist from ancient times. This is because Japan’s Emperor is innately national shaman who prays for the safety of people and country.

If the imperial family joins the associate of world royal families, they inevitably have to accept not only diplomacy between royal families and but also royal inter-marriage, which is common among European royal families. As a result, it is likely that if the blood line of foreign royal family should be entered into imperial line, an unbroken imperial line would lead to departure from the conventional concept of national polity.