Victims of Pedophile Priests Rise Up as #ChurchToo Hashtag Goes Viral ... “The time will come when we will be betrayed by people who we have completely trusted.”

image: pixabay [CC0]
Victims of Pedophile Priests Rise Up as #ChurchToo Hashtag Goes Viral... “The time will come when we will be betrayed by people who we have completely trusted.”
At the beginning of the article below, the translator of the article writes: “we will be betrayed at some time by people who we have completely trusted.” I think that this is the remark by Mr. Corey Goode and Mr. David Wilcock who always talk about the importance of bracing ourselves for accepting any exposed facts.

On this blog, we reveal the truth in advance with consideration of Japanese good point of non-religiosity.

For example, I think that Christians who resist Illuminati’s satanic rituals pray to Jesus Christ assiduously. Prayer properly reaches to God and reaches to St. Francis who has taken a post as Christ after the reformation of heavenly world in 2007.

However, I conveyed that Jesus himself and Maitreya who had taken a post as Christ for these 2000 years have already be destroyed and no longer exist.

I just tell the fact. However, I think that this fact is not accepted in Christianity culture sphere although it may be accepted in Japan.

Mrs. Seiko Nakanishi drew an illustration of Ra Tesh-sama, Pleiadian cosmonaut, and delivered a message from her. It turns out that aliens involved in our solar system have finally understood that information I explain about is true.

Therefore, I believe that people on earth will get to understand the truth. Time will show. However, people who have made efforts to liberate Earth may be hurt by the truth. They will exactly be “betrayed by people who they have completely trusted.” Now Mr. Corey Goode and Mr. David Wilcock are uncertain about whether they can objectively accept the disclosed truth.

Excerpt from a Japanese article of Design of Creation Society – November 27, 2017 –

*[Note by the translator]
From the article below, we can assume that the reality is far beyond our imagination. “Pedophilia culture” in outside world as well as this unscrupulous atrocity occurring “in religious world, too” have been exposed at once. This situation is not coincidence. This must be the “end-time phenomenon” which gives us a message: “Learn something from it.”
If top echelon is rotten, subordinates are naturally rotten, too. In this case, echelon means not leaders in political world but leaders in religious world who ordinary people have completely trusted and entrusted their souls to. Many years ago, David Wilcock predicted: “The time will come when we will be betrayed by people who we have completely trusted.” In an illustration (picture) a scene was used in which while a man is having extramarital sex with a woman, his wife suddenly appears. However, it is nothing compared to this betrayal in religious world. This must be a signal: “Something is fundamentally wrong. Change the world radically.” 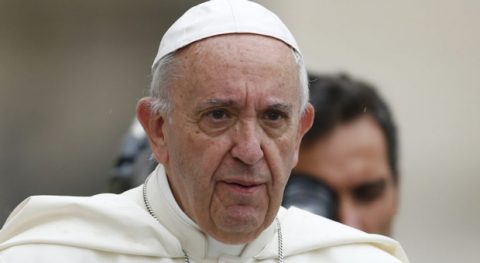 Victims of clerical pedophilia have flooded social media to reveal cases of child abuse suffered at the hands of religious figures and a new #ChurchToo hashtag goes viral on social media.

Brave victims have stepped forward to oust pedophile priests and pastors who have raped men, women, and children.

ABC reports: In the wake of revelations of systemic sexual harassment and assault in Hollywood and Washington, women all over the world are tweeting personal stories of abuse in the church to expose the religious teachings, leaders and cultures they say are contributing to sexism and violence against women.
http://www.abc.net.au/news/2017-11-24/church-too-christian-victims-of-abuse-join-social-media-twitter/9188666

Started by spoken word poet Emily Joy and writer and religious trauma researcher Hannah Paasch, the hashtag #ChurchToo has quickly become an online repository of women's — and men's — accounts of being groped, raped, coerced and disbelieved by parishioners and pastors in church communities.

"I have followed the stories of survivors online, lived them myself, and held my friends as they waded through the aftermath of their abuse and trauma, while [also experiencing] a complete lack of care and often hostility from the faith communities that were supposed to care for, support and protect them,"
Ms. Paasch, who lives in Phoenix, Arizona, told ABC News.

Barbara Roberts, the leader of A Cry For Justice, a website for Christian survivors of domestic violence, said #ChurchToo had only scratched the surface of the problem of abuse in churches, including in Australia.
"The outpouring [of survivor stories] might increase [yet] — I hope it does. But will the men who have been silently complicit with and helping to enable all this abuse change their ways? That is the big question," Ms. Robert told ABC News.