image: 1
UK Elites Push for New Laws to Lower Age of Consent to 12 Years Old  Revised child sexual consent rules cause outrage for 'victim blaming'
Although I hate to pick up this kind of article after seeing the expression of “true love” shown in the last video, this is the reality. This world is full of the opposite of love, sexual assault. It would be fair to say that sexual practice expressed in movies and pornographic videos is the very sexual violence.

As the Japanese blog translator says in the article below, “what horrifies us is that a proper sense of value is ‘undermined’” and sexual violence, which is completely crooked sexual corruption, is expressed as “sexual love.” Now people have lost how true sexual love should be.

According to the article below, “a new law for lowering sexual consent age to 12 has been proposed. In the article posted yesterday, a Catholic bishop claims that sexual consent age should be 7. These two articles show that there are very few social elite who are decent humans. We should think that they are not mere perverts but Satanists.

I can say definitely that judging from their sense of value and behavior, they cannot be considered to be humans. The concept of Reptilians will help understand them more easily. They should be considered to be Devil’s henchmen. The time is approaching when they will be completely destroyed.

Excerpt from a Japanese article: Design of Creation Society – September 20, 2017 –

*****
*[Note by the translator] Some people say: “Pedophile culture? There can’t be true. What an exaggerated story!” I wonder if the article below makes such people believe it is true. This is what happens in the U.K. We can see that the whole political world tries to stand for the elite by obscuring the definition of “mutual agreement.” What horrifies us is that a proper sense of value is undermined and crimes are gradually accepted without our knowledge, become common practice and culture. Originally “abolishment of family system” is the important pillar of Communism (which is one with New World Order) and it refers to highjack the divine world through sexual corruption. Satan knows theology better than any theological scholar and Satan is said to have cunning knowledge of how to use it to attack other scholars. Apparently, President Putin puts great value on family system based on traditional and religious values and gives a warning to the West which is running toward corruption.

British prime ministers always stand for the elite and the following statement by PM Theresa May shows that she protects the perpetrator.

British PM Theresa May: Pedophiles Should be Allowed to Adopt Children Too
http://www.neonnettles.com/features/968-british-pm-theresa-maypedophiles-should-be-allowed-to-adopt-children-too 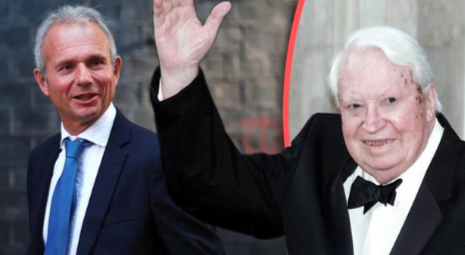 A new push for changes to the law by UK Elites has caused outrage after the proposed new rules state that children as young as 12 will be old enough to consent to sex with pedophiles.

The revised new legislation is designed to block victims of child sex abuse from taking legal action against their rapist on the grounds that they "consented".

The new revisions have been blasted by child protection charities such as Victims Support and Barnardo's, who have accused the Elite of "victim blaming" in an attempt to normalize their horrific crimes.

Currently, it is illegal for an adult to have sex with a child under the age of 16.

Sammy Woodhouse, one of the most prominent survivors of the Rotherham grooming scandal, described the revised guidance as “absolutely disgusting … I’m outraged and I definitely won’t believe in this. I’m going to continue to campaign and I’m going to ring David Lidington tomorrow,” she said.

Sarah Champion, Rotherham’s MP, said it was “despicable” and called for the justice secretary to intervene.