image: 1 & 2
Dying MI5 Agent Admits to Killing Princess Diana in Deathbed Confession – Royal families and aristocrats share darkness of mind –
I picked up an article on July 19, which says: “Mr. Malcolm Howard, former CIA agent, confessed on deathbed that he was involved in the controlled demolition of World Trade Center 7 on 9/11.” The article below is about “former MI5 operative’s deathbed confession of his assassination of Princess Diana.”

Although assassination of Princess Diana had been predicted, it can’t be possible to cover up the assassination flawlessly unless the royal family gets involved in it. The problem was “who ordered to assassinate Princess Diana.” According to the article, a hitman John Hopkins said: “My boss had received orders directly from Prince Philip.”

Mr. Hopkins said: “Princess Diana knew too many Royal secrets. She was going to go public with all sorts of wild claims." As might be expected, she was going to expose the secrets after divorce. I wonder if she tried to expose that the Royal Family members are reptilians or that the Royal family plays the central role in all Darkness including drug dealing, human trafficking, pedophilia and ritual child sacrifice.

At any rate, if these secretes had been exposed, the Royal Family should not have survived. As a matter of fact, I feel that most royal families and aristocrats in the world would be in much the same situation.

Excerpt from a Japanese article: Design of Creation Society – August 20, 2017 – 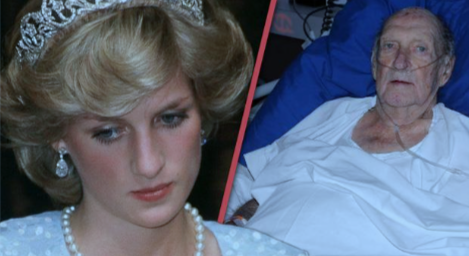 A dying British Intelligence agent John Hopkins has made a series of stunning confessions after being told that he only has a matter of weeks to live by doctors.  <snip>  80-year-old John Hopkins is a retired MI5 operative who worked as a hitman for UK Government and claims to have carried out 23 assassinations between 1973 and 1999.

Many of his top secret cell's victims were politicians, journalists, activists, and union leaders.

Mr. Hopkins claims that Princess Diana was the only women he ever killed, adding that;
"She was the only target where the order came directly from the Royal family."
http://www.neonnettle.com/tags/royal-family

When asked about how he felt about taking the life of The People's Princess, he said he felt "ambivalent" about her death, describing her as "a beautiful, kind-hearted women" who had her life cut tragically short but that "she was also placing the British Crown at risk", saying:
"The Royal Family had evidence that she was planning to divorce Charles."
http://www.history.com/this-day-in-history/charles-and-dianna-divorce

"She knew too many Royal secrets. She had a huge grudge and she was going to go public with all sorts of wild claims."

"My boss told me she had to die – he’d received orders directly from Prince Philip – and we had to make it look like an accident."

"I’d never killed a woman before, much less a princess, but I obeyed orders. I did it for Queen and country."

He claims the operation was run under strict control from Buckingham Palace in direct cooperation with the mainstream media.

The high-level conspiracy involved collusion between the media and Palace to "square their stories, make sure everybody was on the same page. It was a well-run operation."

Speaking about the conspirators in the operation, Hopkins said:

"British journalists all answer to editors who answer to oligarchs who all want knighthoods from the crime family at Buckingham Palace."

"There is no free press in Britain."

"We got away with murder."

Hopkins claims that the main conspirator in the murder of Princess Diana was Prince Philip, but said that he "will never be charged with anything, of course".
http://en.wikipedia.org/wiki/Oath_of_Allegiance_(United_Kingdom)

“If Prince Philip ever let himself be analyzed by a psychiatrist I’m sure he’d be diagnosed a psychopath. He has all the dark triad traits.”  *(psychopath, narcissism and Machiavellianism?)

Should this case ever be investigated, the most important witness would be Mr. Hopkins boss who apparently died of a heart attack in "the early 2000s".

When Hopkins was asked why he didn’t expose the plot earlier or refuse the job at the time, he explained:

"We can’t be impartial when it comes to the Royal family."

"At best I would have been done for treason, at worst Philip would have designed a grisly fate for me."
Posted by Shanti Phula at 9:49 PM