image: 1
Confession by former CIA agent finally blows up official narrative of 9/11 event
Mr. Malcolm Howard, former CIA agent, confessed on his deathbed: “I was involved in the “controlled demolition” of World Trade Center 7 on 9/11.” This is an article related to the article, which was picked up on July 17.

According to the article, Mr. Howard and other operatives started to worry because everything looked a bit too smoothly. Furthermore, since they heard that people from the street were reporting that they heard the explosions and the BBC botched their report and announced to the world that the building collapsed 20 minutes before it actually did, they “feared the public would see through the official narrative and there would be a revolution.” But “none of that happened. Almost nobody questioned anything,” he said.

This world is so distressful. This is possibly due to the ruling elite who cause such false flag operations and the worst people that take seriously apparently false official narratives by the government. However, I believe that many people, though they are not conspiracy theorist, come to understand that the 9/11 was an orchestrated event by the U.S. government.

After the article, I attach three more videos for reference, following the 1st video introduced by the original Japanese article. You must realize that the footage in the first video indicates controlled demolition now. The second video is about too early report by BBC. See the video after the 1:11 mark. The third video is about what John Kerry said: WTC7 was brought down in controlled fashion. The last video is about the testimony of firefighters who said they heard some sounds of explosions. You can actually listen to the sounds.

If anyone still believes the official narrative by the U.S. government even after seeing these videos, we can safely say that the person would be of unsound mind.

Excerpt from a Japanese article: Design of Creation Society – July 19, 2017 –

The floodgates of 9/11 truth are slowly opening.  And there’s really no stopping it in this “Internet Era”.  The CIA (and MI6 & MOSSAD) did do 9/11, as did other state actors and rogue elements within the US government.  As follows:

9/11 FACT: The Pentagon Was Hit By A Cruise Missile From The US Military Arsenal
http://themillenniumreport.com/2014/09/911-fact-the-pentagon-was-hit-by-a-cruise-milleile-from-the-us-miltary-arsenal/

The 9/11 inside job was also nuclear as proven by the photos in the link below: 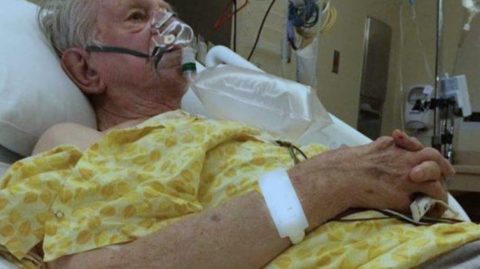 79-year-old retired CIA agent, Malcom Howard, has made a series of astonishing claims since being released from hospital in New Jersey on Friday and told he has weeks to live. Mr. Howard claims he was involved in the “controlled demolition” of World Trade Center 7, the third building that was destroyed on 9/11.

Trained as a civil engineer, Mr. Howard became an explosives expert after being headhunted by the CIA in early 1980s.

Mr. Howard says he was part of a cell of 4 operatives tasked with ensuring the demolition was successful.

Mr. Howard explains that WTC 7 was “loaded with explosives in strategic places” in the month leading up to the day that changed the course of American history.

World Trade Center 7 collapsed into its own footprint at 5:20pm, seven hours after the destruction of WTC 1 and 2.

“When the building came down, it was such a rush. Everything went exactly to plan. It was so smooth. Everybody was evacuated. Nobody was hurt in WTC 7. We were celebrating. We kept watching replays of the demolition, we had the whiskey and cigars out, and then all of a sudden the strangest thing happened. We all started to worry that it looked a bit too smooth. We watched the tape again and again and again and we started to get paranoid. It looked like a controlled demolition. We thought shit, people are going to question this. And then we heard that people from the street were reporting that they heard the explosions during the afternoon. When we were told that the BBC botched their report and announced to the world that the building collapsed 20 minutes before it actually did… At that point we really thought the gig was up.”
http://yournewswire.com/911-bbc-report-collapse-of-wtc7-26-minutes-too-early/

According to the official 9/11 report issued by the government, WTC 7 collapsed due to “uncontrolled fires” that were caused by debris that floated over from WTC 1 and 2, which had been hit by passenger planes.

Mr. Howard and his colleagues feared the public would see through the official narrative and rise up against the government, demanding to be told the truth.

“We thought there would be a revolution. It would go all the way to the top, to President Bush.   <snip>  But none of that happened. Almost nobody questioned anything. The media shot down anyone who dared question anything they were told.”

Mr. Howard claims he has “no direct knowledge” about the destruction of North and South Towers of the World Trade Center, explaining that “CIA operations are very specific” and that it is common to be working on a larger project while only understanding a small piece of the puzzle.

But he has advice for investigators seeking to understand the entire puzzle and work out who was behind the most devastating attack on American soil in history.

And all the evidence pointed to heavy insider trading around 9/11.
http://www.globalresearch.ca/9-11-attacks-criminal-foreknowledge-and-insider-tradinig-lead-directly-to-the-cia-s-highest-ranks/32323

Even CNN reported that regulators were seeing “ever-clearer signs” that someone “manipulated financial markets ahead of the terror attack in the hope of profiting from it.”

“There is only one organization that spans the entire world, and let me tell you now, it isn’t and it never was al-Qaeda.”