However, it is individuals who change the world in the true sense of the word. If I remember correctly, the Protocols of the Elders of Zion read that we have to be cautious about not several million masses but one genius. This is really true. It is proved by the fact that the Cabal has kept an eye on Mr. Julian Assange and Mr. Snowden. Director Oliver Stone calls “Mr. Julian Assange a beacon of integrity and honesty.” I think the director gives Mr. Assange a really precise evaluation.

Today’s third article is about quantum mechanics. When my son returned home for a vacation, I had a small talk with him about the viewpoint of quantum mechanics. This is absolutely my opinion, but broadening our perspective, what can happen only in elemental particles might actually happen very often also on a microscopic level. I gave him many examples. One of them is teleportation through portal.

From the viewpoint of consciousness, no individual separating from the universe exists. Therefore, change of a human’s consciousness has an influence more on the whole universe than on the whole humanity. Above all others, the consciousness of one genius has power which can fundamentally change the world. As evidenced by the example of Einstein in the world of science, the existence of only one person completely changed the viewpoint which had been globally accepted.

We always choose something in daily life. An enormous change will be produced simply by changing choice criterion from profit to truth. According to the Mahabharata, humanity used to own an atomic bomb and caused a nuclear war. They say that ancient people exploded the atomic bomb by use of Mantra.

As seen in this mythology, human consciousness has enormous power. The words of Director Oliver Stone show that such enormous power comes not from individual “talent” but from his “virtue.”

‘It's very important we hear what Putin has to say’ – Oliver Stone : Latest documentary film on President Putin to air soon

The man behind three films about American presidents, Oliver Stone, says his upcoming feature about Russian President Vladimir Putin “opens up a whole viewpoint that we as Americans haven't heard,” and could help prevent “a dangerous situation – on the brink of war.”

“Mr. Putin is one of the most important leaders in the world and in so far as the United States has declared him an enemy – a great enemy – I think it's very important we hear what he has to say.”

“I think we did him the justice of putting [his comments] into a Western narrative that could explain their viewpoint in the hopes that it will prevent continued misunderstanding and a dangerous situation – on the brink of war.”

Stone also said does not believe claims circulating in the mainstream media that Moscow allegedly passed some classified documents to WikiLeaks in a bid to influence the November US elections.

“I hold Assange [WikiLeaks editor Julian Assange] in high regard in many issues of state. I take very seriously his statement that he received no information from Russia or any state actors,” Stone said.

“For 10 years now he's been a beacon of integrity and honesty,” Stone noted. “He's been very helpful to understand the world to those who pay attention.

The video below is a trailer of this film that we fans of President Putin must see.

The film “Snowden” in which the director picks up Mr. Snowden was released in Japan, too. I heard that the movie was in the news at least by some people. I have personally examined what has been going on since Putin assumed the presidency. I never fail to see his latest movie.

This documentary film is scheduled to air as a four-hour series on “SHOWTIME”, U.S. TV station, (which distributes the video above) from June 12

Mr. Kustrica, a film director, sent a letter to President Putin  “Thanks to the Russian people, all of us are free” 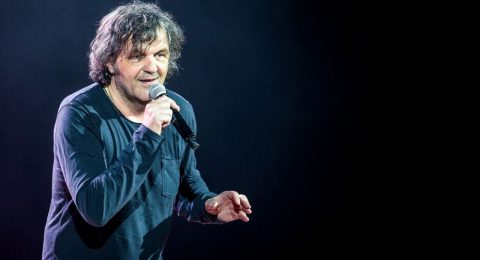 Mr. Kustrica, a film director, sent a congratulatory letter to celebrate the Victory Day on May 9 to President Putin, Russian mass media reported.

“I congratulate you, Mr. President, you are the leader of the people, thanks to which at the largest level all of us are free.”

Kustrica’s letter states with confidence what Moscow will definitely not allow the results of war to be revised, and that Serbia will help her with it.

The director stressed that if it wasn’t for the bravery and determination of the Russian people, what the world would look like now.

He also said: “it becomes ridiculous for me when, especially in the U.S. they stammer about their role in this war. If 20 million Russians hadn’t perished beforehand, who actually destroyed the enemy, the disembarkation in Normandy wouldn’t have happened at all. It wouldn’t make any sense.”

Kustrica also pointed out: Neo-colonialism and fascism appear today here and there. Only Russia remains faithful to the right cause. “To the cause of the defense of peace.

According to the previous report, President Putin signed an executive order to prohibits the use of strange baby weird names including alpha-numeral, numeral, symbol, abusive language, word meaning rank, post or position.

Note:
This article is mostly quoted from:
http://www.stalkerzone.org/kusturica-congratulated-vladimir-putin-may-9th/
(Translated into English by Ollie Richardson & Angelina Siard)
The last paragraph is translated by Shanti-Phula.