PEDOGATE: Pandora’s Box Has Been Opened for Deep State and the C.I.A. (3) – CIA agents deployed in major posts of media and Black market business

image: 1 & 2
PEDOGATE: Pandora’s Box Has Been Opened for Deep State and the C.I.A. (3) – CIA agents deployed in major posts of media and Black market business
According to the article, all of the major network anchors and writers for the newspapers of record are agents of the C.I.A. It makes a lot of sense. It clearly shows why the media are so completely rotten.

The confusion in the Middle East has caused a lot of refugees and the article reads that “the thousands of unaccompanied children flock to and across the U.S. border.” George Soros has provided refugee aid, but according to the article, it is “designed to separate the children from the parents.” Under the Obama Administration, the Mexican border was purposely opened. The article points out that it is due to a CIA-coordinated and DHS-enforced child exploitation enterprise.

It seems that the county Child Protective Services and Foster Care System are involved in black-market dealings. It seems that children are used for child labor, sexual exploitation and organ trafficking.

I hear that a significant number of foreign workers have gone missing in Japan, too. I am afraid that similar incidents might happen in Japan, too.

Note:
Shanti-phula has indicated some parts of the following text in blackface type or in red letters.

Excerpt from a Japanese article: Design of Creation Society – March 23, 2017 –

PEDOGATE: Pandora’s Box Has Been Opened for Deep State and the C.I.A. (3)

Because the C.I.A. uses pedophilia to control so many politicians, Mr. Alefantis was quite unbelievably identified as the “49th most powerful man in Washington, D.C.”

From a close analysis of all the evidence regarding James Alefantis, which is posted on the Internet, it’s now crystal clear that he WAS running a full-blown CIA black op.

From the disproportionate response to the Comet Ping Pong scandal mounted by the MSM to date, it’s abundantly clear that TPTB are so afraid of what Pizzagate has opened up.

Not only did the Washington Post publish an unprecedented hit piece against all of the major Alt Media news platforms,  <snip> .  The MSM have been recklessly relentless in labeling any news that they do not originate as ‘fake news’. 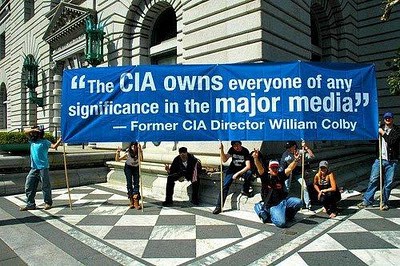 “The CIA owns everyone of significance in the major media.” – Former CIA Director William Colby –

Likewise, all of the major network anchors and writers for the newspapers of record are agents of the C.I.A. The Company of spooks is, after all, an intelligence agency and the MSM is the greatest receiver and disseminator of intelligence on the planet.  The C.I.A. is also the most prolific disseminator of propaganda and false news reports; hence, we know that the MSM is the biggest manufacturer of fake news in the world today.

This is essentially why Ms. Clinton was never prosecuted by the Department of Justice for Benghazigate, Emailgate, or Servergate, as her entire term at State was defined by gunrunning (see Benghazigate), drug-running, and human trafficking.

To a great extent this George Soros-funded human disaster was designed to separate the children from the parents.

The Mexican border is another example where the American people have been shocked to see the thousands of unaccompanied children from South and Central America flock to and across the U.S. border.

Very few understand this scam to be a CIA-coordinated and DHS-enforced child exploitation enterprise.

Not only the C.I.A. but these highly organized child trafficking operations are also protected by the Department of Homeland Security.

The real question here is why the Obama Administration has literally encouraged the mass migration of thousands upon thousands of unaccompanied children across a very harsh and dangerous border.  <snip>  What is their ultimate destination?

That brings us to the county Child Protective Services and Foster Care System that are so abusive to children it’s downright scary.  If this is where the illegal alien children are ending up, it’s now common knowledge that many are in extreme danger.  Adults looking for child slaves and pedophiles desiring young traumatized children are notorious for becoming foster parents.

There have even been cases reported that have entailed an unsuspecting politician being ushered down into a basement where a satanic ritual child sacrifice was taking place…and being filmed at the same time.

When a child sacrifice is made, the various organs are sometimes eaten and the blood is drank. When organ trafficking is the main purpose, the coveted organs are quickly shipped off to the attending physician of the latest billionaire who desperately needs a liver or kidney, pancreas or lung.  They will pay big money to acquire these organs in an expeditious manner.