I have explained that the Great White Brotherhood (Hierarchy) is the “Army of Darkness” of Sanat Kumara (Lucifer). I draw up a simple organization chart of this group and another group which they call the Cabal (Darkness). The Hierarchy, which seems to stand against the Cabal, actually makes a cat’s paw of them.  The Hierarchy is very similar to the U.S., which pretends to fight against Al-Qaeda and Daeish but actually created and controls them.
Why did Lucifer and Army of Darkness create such confusion in the universe? That’s because they intended to expand their control over the whole Milky Way Galaxy. They intended to expand such wrongdoing over the Galaxy in cooperation with the former Central Sun.
All the organizations shown in this chart are organizations of Darkness in the eyes of true deities. Apart from these organizations, there are true Andromeda Council, Pleiadian Council and Galactic Federation. Furthermore, heavenly deities exist above them. It is safe to say that best-known heavenly deities are deities enshrined in Shinto shrines in Japan.
Note that not all people who belong to these organizations of Darkness are the evil. Let’s take an example. Adama, who was the head of the Order of the Star, has been awakened to the truth and he is now in the state of complete liberation and is one with deities. Many members of these organizations of Darkness were seriously brainwashed by teachings of Darkness and believed that they belonged to Light. In the same way, not all members of groups belonging to true deities are the good. Many of them were too power-oriented to be worthy of being called deities and such members were destroyed.
Mr. Corey Goode worked for the SSP (Secret Space Program), the inner circle of the Cabal. He is a very good-natured person and seems to have got in contact with the members of SSP Alliance who rebelled against their agenda inside the SSP. The Sphere-Being Alliance Mr. Corey Goode got in contact with is a group of Space Great White Brotherhood. Cobra belongs to the Esoteric Brotherhood. The seven groups of Ancient Earth Break-Away Civilizations which Mr. Corey Goode got in contact with are the Order of the Star shown in the chart. They get in contact with various groups on Earth, one of which is the Teutonic Order. Yatagarasu, a secret society in Japan, is also a subordinate organization of the Order of the Star. It appears that positive Knights Templar belongs to this.
The persons shown in red letters in the chart are heads of each organization. I draw the second organization chart using pictures or photos in an easy-to-understand manner.  I think that MAAM TE ELLAS, Henry Breakspear and Pepe Orsini, in particular, must make you feel strange and horrified. Triangle Head whom Mr. Corey Goode claims to have met looks much better life form than them.
All joking aside, anybody who can feel vibrations might feel terrified when looking at the photo of Asket. 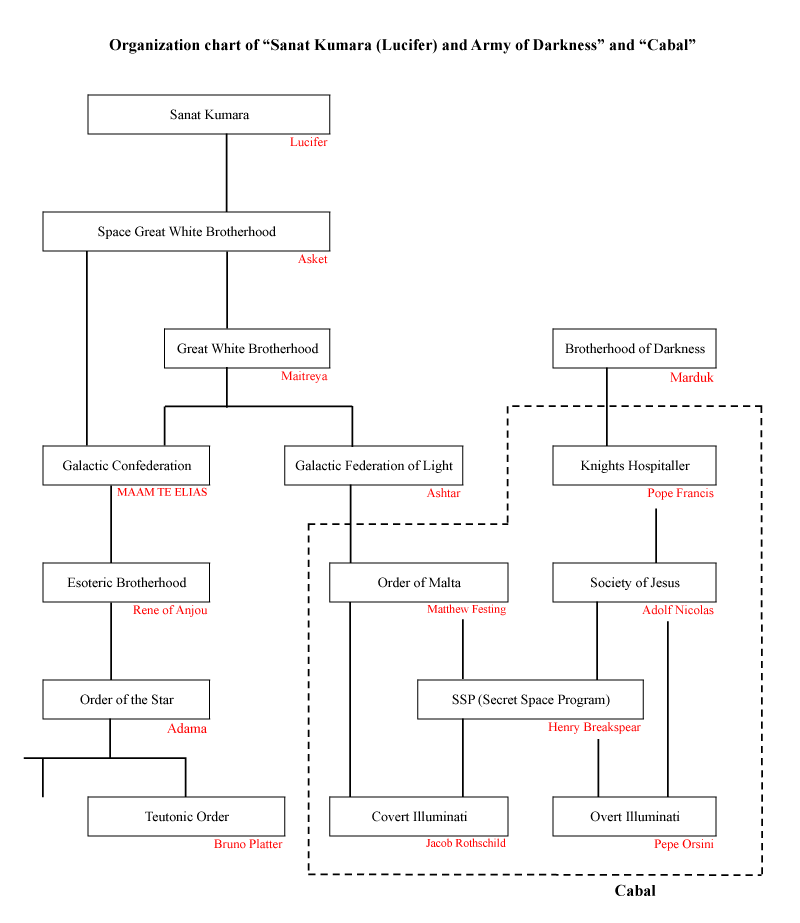 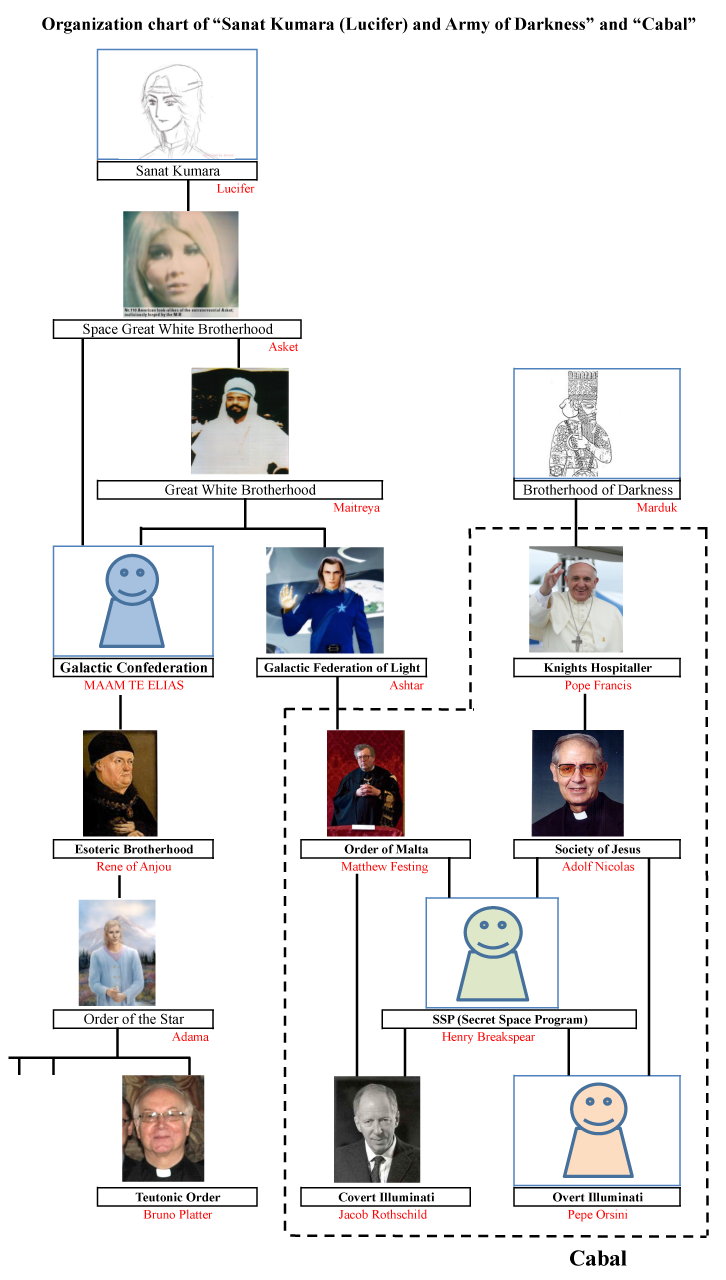