Mr. Corey Goode reconnoiters Antarctic underground base, hub for the Cabal, on board a space bus – Destroyed Cabal’s home base –

image: 1
Mr. Corey Goode reconnoiters Antarctic underground base, hub for the Cabal, on board a space bus – Destroyed Cabal’s home base –
I have already introduced these three articles below. However, I’d like to introduce them again in the form of summary because you don’t seem to notice that there is a connection among the three articles.
Look at the articles from bottom up. Mr. Fulford, in his report dated March 22, suggested the existence of a secret Nazi base in Antarctica. According to Cobra information dated March 25, the Cabal factions try to flee to the Antarctic underground base in order to avoid mass arrests. In Corey Goode Intel Update, there is an illustration of underground base in Antarctica. According to the article, when Mr. Corey Goode reconnoitered Antarctic underground base, they were shocked that “their advanced technology did not detect the presence of the Anshar Bus Craft.”
If this space bus had been really owned by Anshar, the bus would have been able to be detected by their technology. This space bus is not owned by Anshar but by the true Pleaides Council. Therefore, it is natural that they were not able to detect it.
They should not be able to detect any fighter plane owned by the Pleiades Council like the space bus.
In an article dated September 13 posted on this blog, I commented: “the Order of Malta is supposed to be eliminated tomorrow on 14 at midnight. The SSP will be eliminated on this time.”  The SSP’s home base eliminated on this time is Antarctic underground base you see in this illustration. There is nobody in the base because it has been completely destroyed.

In these briefings she learned that our recent reconnaissance flight into the icy caverns of Antarctica had highly disturbed the individuals who are responsible for security at these installations. 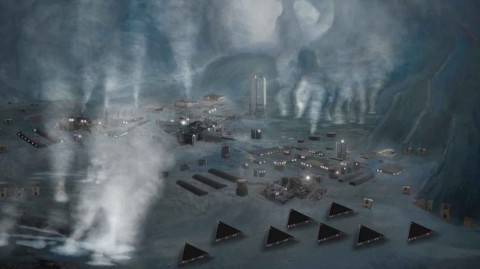 They were most shocked that their advanced technology did not detect the presence of the Anshar Bus Craft. 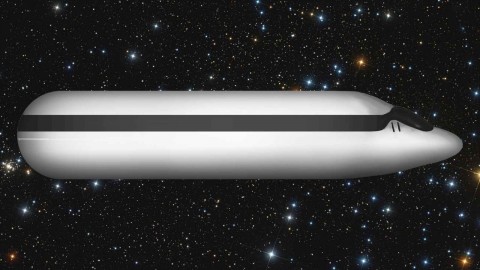 This not only had a psychological impact on those who work at these facilities, but it was communicated to me that specific areas under the ice were made public. These are ancient sites that are fairly significant on a number of levels.

The Illuminazi faction of the Cabal  *snip Their plan is to avoid mass arrests at the time of the Event by leaving their strongholds in Texas, crossing the Mexican border, flying from Mexico to Argentina and from there go with submarines to Antarctica into shallow underground bases, using old connections from the time when Nazis did the same thing in 1945: 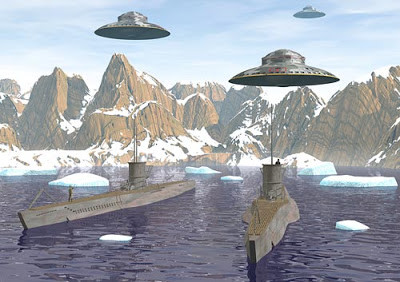 The other escape route to Antarctica goes through New Zealand and this is why the Cabal is buying real estate there fanatically:

Now CIA sources in Asia are saying their connections “who are above the government,” are all “flying South,” this week and hinted strongly that “South” referred to Antarctica. This is all very interesting because years ago Paul Laine, a source in Pentagon military intelligence, told this writer the then state of the art UK guided missile destroyer HMS Sheffield had been captured by Nazis operating out of an undersea base in the region. The Sheffield was supposedly sunk in 1982 during the Falklands war between Argentina and the UK by an Exocet missile.

This increase in highly secret activity in the Southern Hemisphere near Antarctica is somehow connected to ongoing negotiations over a gold mine in Papua, New Guinea, that Laine also indicated was the location of a Nazi secret base.

（The rest is omitted）
Posted by Shanti Phula at 2:20 AM