image: 1
Declaration of a new republic and monetary reform planned by the Cabal have been foiled by General Dunford’s betrayal
I have always predicted that a plan is in progress, which Obama will use some event as an opportunity to cancel the presidential election. This article also mentions it.
Looking at channeling sites, they report the information almost daily that Lt. Gen. Joseph Dunford will make a declaration of a new republic as soon as today or tomorrow. When nothing occurred on the predicted date, they wrote a new date by saying that the plan has been postponed many times. This sort of information is all from the Cabal (Darkness).
The Cabal has reported so tenaciously about Lt. Gen. Dunford’s declaration of a new republic and monetary reform. This shows that what I have said, “Joseph Dunford belongs to the Cabal”, is true. I gave a comment that those in the Pentagon with common sense who cajole him should detect his true nature and remove him as soon as possible.
If a declaration of a new republic is made as they plan, it will do nothing other than establishing a new government of Darkness. I think that it is a strategy which the Cabal makes as a reform.
As a matter of fact, however, something which is beyond their speculation is occurring. As I have pointed out, Joseph Dunford got involved in the coup in Turkey. However, foiled coup has made him change sides.
Checking his vibrations specifically before the date of the coup, July 15, I find Joseph Dunford a member of the SSP (Secret Space Program). However, checking his vibrations on the date when the foiled coup plot was confirmed, Dunford belongs to the SSP Alliance. As Mr. Corey Goode says, the SSP is the Cabal’s organization, while on the other hand, the SSP Alliance strives for letting people on Earth know the truth by full disclosure of information.
The sources of channeling information have no idea of the fact that Lt. Gen. Dunford has changes sides to the SSP Alliance. Lt. Gen. Dunford’s betray has derailed Cabal’s plot before an event occurs.

Note:
Sahnti-phula has indicated some parts of the following text in black boldface type or in red letters.

Excerpt from a Japanese article: Trend of Japan, World and Universe – September 17, 2016 – 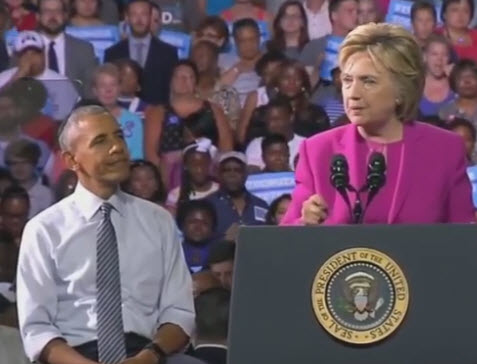 The events are all lined up, and the system is geared for chaos.

Millions of people have been driven by the media to violently oppose Trump, and may well start riots across the country if he wins the election, that is, if Obama doesn’t stop the elections first. Likewise, if Hillary is elected and take office, it could spawn a civil war, of words… or worse.

Any number of pretexts could theoretically come into play, but no scenario has become more likely than Hillary dropping from the race and stirring, well, a shitstorm like politics has never before seen.
If Hillary is too sick, President Obama could opt to suspend the election, and it could make any number of groups unleash, giving way to civil unrest.

The police state is ready to contain economic/food riots, and are also poised to use martial law to maintain order, using an iron fist.

(The rest is omitted)
Posted by Shanti Phula at 2:18 AM