The Galactic Codex has been introduced to less than 5% civilizations in the Milky Way Galaxy. – The Solar System has been accepted by the whole universe on and after April 10 when light was showered.

image: 1
The Galactic Codex has been introduced to less than 5% civilizations in the Milky Way Galaxy. – The Solar System has been accepted by the whole universe on and after April 10 when light was showered.
I have summarized the Situation Update. It refers to the petition to sign the Galactic Codex.  At the end of the article you will see the linked site to the Japanese version of the Codex.
After reading it, I felt something is wrong. The original article has the translation of the petition campaign. It says that “this codex represents the legal basis for all actions of the Confederation in this and other galaxies.”
I don’t think it is false, but such expression is far from accurate. Currently, almost no civilization has adopted this codex in the Milky Way Galaxy. Less than five percent at most of all civilizations in the Galaxy adopted this codex before the heavenly reformation.
To sum it up, the Confederation of the Milky Way civilizations with the Blue Avians as the core civilization comprised less than five percent of all civilizations in the Galaxy. In a word, a group of the Hierarchy, which comprised less than five percent of all civilizations in the Galaxy, was expelled from the remaining civilization groups. In the post, I pointed out that the Blue Avians appeared in birds because they had got trapped into Satanism. This is why I often call the “Galactic Federation” Cobra belonged to Relative Light. As a matter of fact, I described the Federation as part of Darkness. On and after April 10 when light was showered, our Solar System has been accepted not only by the Galaxy civilizations but by the whole universe.
In that sense, it can be safely said that the past Galactic Codex has no meaning at all. Our Solar System should have already signed the Codex of true “Galactic Federation.”
There are five goddesses ruling the five directions of north, south, center, east and west (ki, tsu, wo, sa and ne), who belong to the Earthly Deity 5th Level in the 1st System. The codex was signed by the center goddess. She is a woman who used to be incarnated as Empress Elisabeth of Austria.

(Note) Shanti-phula has indicated some parts of the following text in boldface type or in red letters.

Clearing of the Chimera group continues. Until now, the Chimera was controlling the flow of intel and communication between various factions inside our Solar System, threatening to activate strangelet and toplet bomb if information blockade would not be respected by all factions. This is how intel was compartmentalized.

Now this information barrier is slowly dissolving, various factions are beginning to communicate. The Pleiadians and other races belonging to Galactic Confederation are beginning to contact personnel in Chimera-controlled secret space programs (SSP) factions.

The Galactic Codex has been recently introduced to SSP factions in our Solar System and to many Earth subterranean factions as well. Galactic Codex is known and accepted quite universally among most of the positive races throughout the Galaxy. SSP factions are being educated right now but there is much resistance. 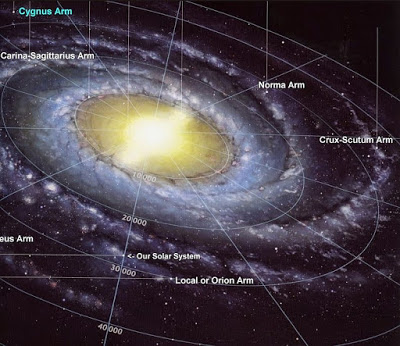 This is why the petition to sign the Galactic Codex has been created:

According to Dragon sources, communication between various factions below the surface of the planet has been initialized and healing of the split has begun. Resistance has communicated to me that they have attempted to reach out to Eastern Agarthan factions many times with mixed success.

On the surface of the planet, the renaissance of public private space programs continues. Bigelow Aerospace is now planning to build space stations for tourists by 2020:

I can now announce the new Ascension Conference, which will be taking place near Chania in Crete, close to one of the most important Goddess vortexes on the planet:

Again, lots of new intel will be released there, combined with amazing new Goddess energies that will assist in our inner transformation. You are more than welcome to join us on June 4th and 5th:

Victory of the Light!