The Event could happen at any time. – Viral Project for the Event –

image: Source
The Event could happen at any time. – Viral Project for the Event –
I thought that the Solar system plasma entity (Yaldabaoth) has already been destroyed, but it seems that the plasma body has still existed and higher dimensional bodies have been destroyed. By the time when this article is posted, Yaldabaoth and plasma toplet bombs must be disintegrated. If my opinion is wrong, I would correct it later.
If my intuition is right, this is exactly what will happen. If so, the Event will happen at any time. The Event should be induced at an appropriate time.
In the latter half of the article, you see viral project for the event. Please watch the video at the end of the article. Under such circumstances, the Even can happen at any time.

(Note)
Shanti-phula has indicted some parts of the following text in bold type face or in red letters.

Nothing is beyond our reach

Rumors have been circulating across the blogospehere lately that the Event / Reset / RV / Restoration of the Republic has begun or is already happening. Those rumors are NOT based on reality and the situation is still business as usual:
https://geopolitics.co/2016/05/08/did-obama-sign-presidential-transition-eo-specifically-for-gen-joseph-dunford/

When the Event / Reset / RV begins, it will be very evident to everyone and it will be reported in the mass media.

Before the Event can happen, the Solar System plasma anomaly must be healed, the Solar system plasma entity (Yaldabaoth) must be disintegrated and plasma toplet bombs removed. 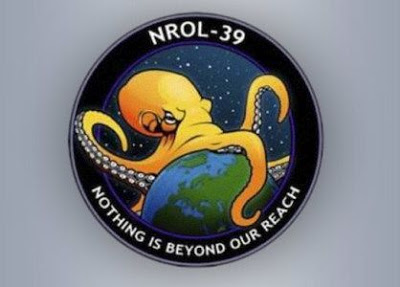 Yet it is important to be prepared as the Event will begin suddenly without any warning and here is how you can help when it happens:

http://prepareforchange.net/viral-event/
Viral Project for the Event

Here are some flyers and videos to share the core critical information for the Event quickly. The purpose here is to share them everywhere at the time of the Event :
They can also be shared before the Event to get the message out and to make sure everybody has them handy for when the time comes. 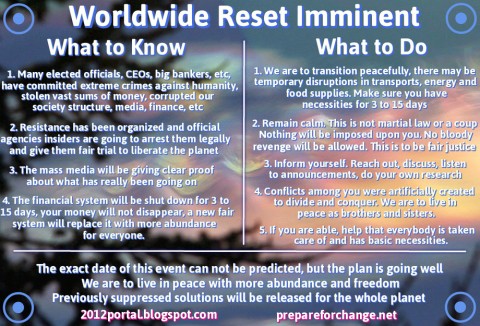