Heavenly Message by Mrs. Seiko Nakanishi 19 - History of solar system recorded in Saturn’s rings: About what is the cause of the formation of Asteroid Belt and about the Blue Avians

image: Unknown
Heavenly Message by Mrs. Seiko Nakanishi 19  History of solar system recorded in Saturn’s rings: About what is the cause of the formation of Asteroid Belt and about the Blue Avians
Yesterday, I introduced an article on Cosmic Disclosure. Mr. Corey Goode talks about what is the cause of the formation of Asteroid Belt. However, I think that a theory he talks about is wrong. So I decided to ask Mrs. Seiko Nakanishi to communicate with Saturn’s rings.
I sent a fax to Mrs. Nakanishi as shown below, which included my request to Mrs. Nakanishi as communicator and my questions to Saturn’s rings. I received the following answers to my questions. I have alternately arranged questions and answers for easier reading.
To my surprise, the contents of the answers were far beyond my expectations. As for the answer to Question 4, considering the answer to Question 3 together, this is not to say that a theory that a gigantic astronomical body (Super Earth) located between Mars and Saturn blasted and the moon drifted and got gravitationally captured by the earth is correct. Considering the answer to Question 3, it means that a theory that the moon got gravitationally captured by the earth approximately 500,000 years ago is correct.
Since I had to check on the accuracy of not only this but other answers, I asked additional questions. I’m going to post them. 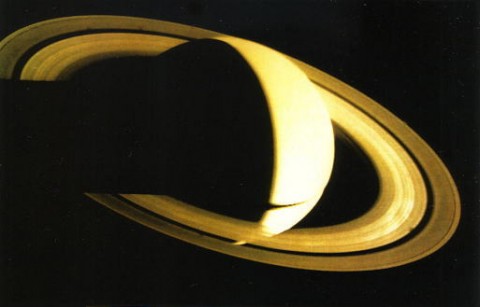 For this reason, I’d like to ask you to communicate with Saturn’s rings to confirm whether the theory is correct or not. Earth history is recorded in gigantic crystal presumably existing under the Sphinx in Egypt, while the history of our solar system is presumably recorded in “Saturn’s rings.”
Would you speak to “Saturn’s rings” and ask the following questions?
Thank you for your cooperation.

1.     Hello, “Saturn’s rings”! Please tell me your official name if you have.
: Name of Saturn’s rings: “Kiramekinowadachi”

2.     I think that we earth people are required to reach 4.0 or more evolution stage to access to the history of the solar system you recorded. Is it right?
: Right.
Is any qualification for access necessary?
: Pure hear. We judge whether to provide information to a person by examining whether he/she is pure-hearted.

4.     There is another theory that as a gigantic astronomical body (Super Earth) blasted, the moon drifted and somehow got gravitationally captured by the Earth approximately 500,000 years ago. Is it right?
: Right.
Or was the moon the satellite of the earth from the beginning?
: Wrong.

5.     I hear that there are remains everywhere in the solar system, which were left behind by people called the Ancient Builders or Guardians. Do you know what kind people the Guardians are or where they come from?
: They come from Alcyone in the Pleiades. They are characterized by excellent physical ability and intelligence and established an excellent civilization by using scientific capability.
And, when did they start building architectural structures everywhere in the solar system?
: More than three hundred million years ago.
Do you know when the Guardians left our solar system?
: It is said that they left the solar system approximately 3.5 million years ago.

6.     The Guardians seem to have returned as the Blue Avians to our Earth to help us. I want to ask you why they look like birds.
I think that they repent their deed from the bottom of heart and mend their ways now. However, they committed mistakes in the past and got trapped into Satanism. I suppose that this is why they transformed their figure like this. Is it right?
: Exactly right.