image: 1 & 2 & 3
New Republic Report: Operations to regain sovereignty continue successfully. Warning against CGE / Mr. Scalia dies. – No scenario for mass murder anymore, Light workers to be judged
I think that this might be an ultimatum to the Obama administration. The U.S. is steadily preparing to make a declaration of New Public. We know about the consequences. They seem to “wholeheartedly encourage that justice be brought-forth in a peaceful manner.” Conversely, when action is required, they stand by to realize it.
I think that there is no scenario for mass murder of ordinary people by FEMA (Federal Emergency Management Agency) anymore. I feel as if we saw Japan just before defeat in the war.
Those who are unlikely to mend their ways are being destroyed one after another. At 9 p.m. today so-called Light Workers are to be destroyed. Of course, some good-natured people among them are excluded. However, most of Light Workers, who have been heavily brainwashed by CIA, cannot get out of an illusion that the Obama administration is the good. As a result, they continue to give support to evil and they are to be destroyed tonight. Their etheric double and Mayavirupa (plasma body) will disappear. Except for those who have microchips physically buried in the brain, this judgment will have all forms of psychic power including communication ability disappear.

Before we may begin, I solemnly swear to tell the truth, the whole truth and nothing but the truth, so help me God.

On behalf of the citizens of the Constitutional Republic of the united States of America,

A major victory has been brought upon We The People. Operations to regain sovereignty over the current and illegal corporate governing entity continue successfully. A Midwestern state, which we cannot disclose at this time has successfully disconnected from the corporation and is now for the New Republic. Two more states are in the process of disconnection, one Western, one Southeastern.

The corporate governing entity (CGE), also known as the UNITED STATES OF AMERICA, INC. is showing it's muscle to the sovereign American people. Fellow dedicated American patriots have been and are being illegally arrested for crimes null and void. The CGE have made their intentions clear in Oregon, they can and will expire those who oppose them.

We do not support the foul actions of violence. Diplomacy continues against the CGE to cease and desist their cruelty and violence among We The People, but they do not and will not listen. Now although diplomacy may continue to fail -- we wholeheartedly encourage that justice be brought-forth in a peaceful manner. Although, peace may only go so far as the time for action grows nigh.

To We The People, diplomacy will continue against the CGE. But do not wait for us, the fate of this country lies completely in your hands. Do not be afraid -- in the honest words of Thomas Jefferson, "When the people fear their government, there is tyranny. When the government fears the people, there is liberty." If you deem that justice can't be brought-forth in a peaceful manner and that action is necessary -- the military is with you. They know who they are and they know who is in control. We are all here to fulfill our Oath to serve and protect in a moments notice. We await you, We The People -- to give us the command.

To the CGE of foreign origins, prepare as the true eagle will fly once again.

Signed by the Representatives of the New Republic and Approved by the Interim President. 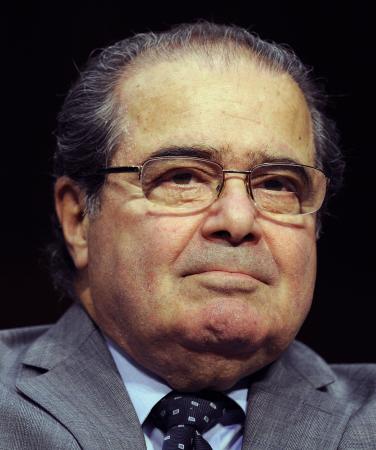 On 13 US Supreme Court Justice Mr. Antonin Scalia was found dead at a ranch in Texas where he stayed. He was 79 years old. AP and other media reported it.

The Supreme Court comprised of nine judges is divided into conservatives and liberals and important lawsuits are settled with 5-4 in many cases. If President Obama appoints a successor to Mr. Scalia, it will greatly influence the future direction of the Supreme Court. On the one hand, appointment requires the Senate in which the Republicans hold a majority and inevitably arguments will arise. Choice of Scalia successor appears to be a big argument for the 2016 presidential election to be held in fall.

According to the local newspaper in Texas, Mr. Scalia stayed at a ranch in Texas from 12. When he did not show up in the morning on 13, a person associated with the ranch went to his room and found him dead. Although the cause of death is not revealed his cause of death, it seems that he died a natural death.
(New York, Reporter Daisuke Nakamura)