Heavenly Message by Mrs. Seiko Nakanishi 18 - Situation of Fairies in Garden and Tsukemono-ishi

image: Source
Heavenly Message 18 by Mrs. Seiko Nakanishi - Situation of Fairies in Garden and Tsukemono- ishi
On January 28 I received a fax from Mrs. Seiko Nakanishi, which described how fairies in her garden were. However, I postponed posting her article. That is because I thought it was better to report the progress of important events which occurred behind the scenes from January 28 until yesterday, in real time as far as possible.
This article is about “*Tsukemono-ishi.” He seems to have become a fairy in the Plant System after achieving evolution and exist as a spirit body in our Sirius System. I think that after receiving education necessary for fairy, he will be incarnated to be plant.
Yoga Sutra 1-21 says: “Those who pursue their practices with intensity of feeling, vigor, and firm conviction achieve concentration and the fruit therefore more quickly.” Tsukemono-ishi achieved enlightenment after assiduously chanting Gayatri Mantra and Mantra of Love for about 40 days. 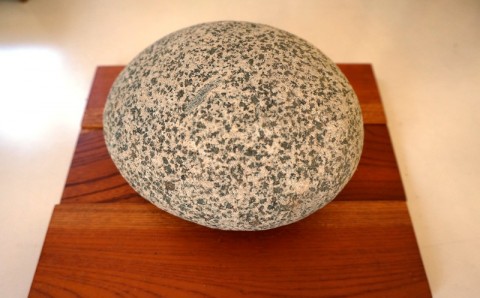 I couldn’t give you a report about fairies in my garden because I recently kept busy with this and that.
Three months have passed since chestnut fairies “Kuri” and “Kore” left my garden at midnight on October 26 last year.
After that, various fairies came to my garden one after another. They assiduously chanted “Gayatri Mantra” and “Mantra of Love” and they also left in less than one month.
I am not so sure about where they come from but it appears that recently they come from the natural, vegetable or mineral world in most cases.

I’d like to give some examples as follows:
*“Rain” on November 18, 2015
This fairy came in rainbow-colored shirt on a rainy day. She had blue eyes and silver hair.
*”Lily” on November 14, 2015
She is a fairy of diamond lily (pink flower), potted flower. She had pink whole body with blue eyes.
*”Momiji (maple leaf)” on November 17, 2015
She came on a red leaf.
She wore a skirt with a design of maple leaves showing gradient colors.
She had brown eyes and hair.
These three fairies left on December 1, 2015.

*Five cute fairies came together on December 4, 2015.
They were string bean quintuplets (planted in my vegetable garden).
They were squealing with delight.
*Tsukemono-ishi” on December 7, 2015
I’d like to talk about the encounter with him.

It was December last year.
I had never thought of making pickled vegetables for last ten years or so. I suddenly thought of making pickled Chinese cabbages.
However, I could not find any weight stones placed on pickles because I left it unattended for a long period of time.
Reaching back into my mind, I searched a place where there should be weight stones.
Finally I found two stones, big and small, as if cuddling to each other, in a corner on the deck in the garden. The stones brought back the sweet memories of the past when I made pickles with my mother in an instant.

The cuteness of the small round stone, in particular, and its smooth texture gave me such a smashing blow that I gazed it with astonishment.
I gazed it, thinking of “this is such a cute and beautiful stone. Why didn’t I recognize it?”
Suddenly I heard a murmur “I am Tsukemono-ishi” and I was surprised again to hear it.
“What was it that you said? You really knew that you were a “Tsukemono-ishi”?”
“Yes, since a long time ago.”
“I’m sorry. Since I haven’t made pickled vegetables for a long period of time, I have completely forgotten about you. When I found you a little while ago, I was very surprised to find you there. You are round and so cute.”
“It’s OK. I don’t care about it because you immediately remembered me. You were kind enough to wash me clean with water. I feel refreshed.”
“Didn’t you feel lonely because you were in a corner of the garden for a long time?”
“No, I never felt lonely. I enjoyed talking with all – bees and ants, sometimes lizards, wood louses, butterflies, child flowers, the sun, the moon and stars. All are my friends. So I didn’t feel lonely at all.”
“Then you feel comfortable outside, don’t you? Which do you like better, outside or inside the house?”

At that time I already decided not to make him a weight stone, instead to put him at a place in a room where he would like, in the same way as “Onigiri” placed in a room inside Mr. Takeshita.

“I’d like to be in a place from where I can see Seiko inside your house.”
“I see. How about on a table beside by the window temporarily? You can see the garden and I sometimes walk by”
“I’m happy. I like here.”

Ever since that time he continued to assiduously chant Gayatri Mantra and Mantra of Love on the table by the window every day.
He devoted himself single-mindedly to chanting mantras.  When I talked to him, he sometimes never replied to me and kept silent as if he confined himself to a stone room.

On January 23 I touched my palm on him and called out his name. But there was no reply. On the morning of the previous day I exchanged greetings with him as usual. Parting always comes all of a sudden.
Without exchanging goodbyes, “Tsukemono-ishi” suddenly left me. Every time I see the stone, which is no longer “Tsukemono-ishi,” I cannot help but have a deep affection for him.

When I read an article dated January 25 titled “[Dr. Cleve Backster] Plants has also feeling – Straightforward plants andminerals, and dubious and complicated humans –,” I wanted you to know my cute and straightforward “Tsukemono-ishi.” So I introduce him on the blog.