The efforts to stave off the solar super flares and killshot went on from the second half of 2012 to the first half of 2013.
Once again, to begin with, I would like to review the issue of huge solar flares, such as the ‘kill shot’, as I explained it in the last post.

This time, we introduce Dr. Brown’s remote viewing experiment performed on June 1, 2013, noon. According to the results, it looks like something outrageous is going to go on in the world in the near future:

He explains: There is going to occur huge solar flares.

Earth will be assaulted by impacts of these solar storms, with major earthquakes, tsunamis, volcanic eruptions occurring here and there across the world.

The maritime areas will be all devastated.

1. Sydney Opera House
The building remains, though hit by a tsunami. Around the area, a host of refugees are streaming out of Sydney on foot toward an inland desert.

2. Key West, Florida
No one is seen after this area was hit by a huge tsunami. Some buildings barely remain.

3. United States Congress Building, Washington D.C.
Washington D.C. looks no longer like a city after being hit by a huge tsunami as well. Buildings remain, but there is no sign of human presence.

4. Vaitupu Island, Tuvalu, South Pacific Ocean
There was a scene where people were striving to escape from the island for their life.

6. KITV Building, Honolulu, Hawaii
The building of the broadcast station remained, though hit by a tsunami. People were seen as well, though in a considerably hard situation where no food and water were available.

Between History and Prediction: Ed Dames’ Remote Viewing Information (2)
(Excerpts from http://shanti-phula.net/ja/social/blog/?p=36604, Yasu no biboroku : rekishi to yogen no aida 10/31/2012)

・Regarding a series of solar flares of considerable magnitude termed as ’killshot’ I have so far warned of, they are predicted to irradiate Earth around 2013, according to the remote viewers.

・When they irradiate Earth, the water sources across the globe are dried up, so it becomes very difficult to secure water and food.

・In any case, the time to minimize this damage has already run out. The global collapse caused by a killshot has become a matter of time.

The above articles inform us of such grave impacts of a killshot as will be destructive enough to get rid of 90% of the present humanity without resorting to World War Ⅲ.

In order to mitigate the damages to a maximum extent, the bottom line was to “communicate to deities and our brothers in the universe your sentiment of gratitude for their assistance” since the damages on Earth could not be avoided in any case, as explained in our previous post “Reformation of Heavenly World 37.”
In fact, pure-hearted people must have prayed to deities without protest by reference to our information, such as Serena’s visions or relevant articles on Shanti Phula’s Blog on Current News regarding the descent of deities from higher Systems by means of their spaceships. And yet, I do not know if people of Earth are ill-natured or perverse, but more of them won’t squarely appreciate whatever information is offered on Shanti Phula’s Blog.
So far, in order to cover up the truth about UFOs, the global elite has constantly concealed the fact aliens are present, have already come to Earth, are actually living among people of Earth, and the like. The mass has been controlled with information manipulation so as to feel as if persons treating seriously UFOs, aliens, free energy, etc. are inferior in intelligence due to their credulity. Vast masses accommodate such brainwashing to admiration, so they have no longer become able to distinguish between disinformation and authentic information about UFOs.
Accordingly, alongside with information on UFOs, information about malicious plots and plans has been posted on Shanti Phula’s Blog on Current News.

In these circumstances, Dr. Steven Greer’s “Disclosure Project”, as we introduced it in an article below, is particularly important.

What is unbelievable to me is that there are really people who judge Dr. Greer is a liar, to see and listen to him on this video. For humans know from instinct who tell the truth and who lie. So conversely, I myself do not trust people who believe Obama, not Dr. Greer. It will be nothing but an immeasurable ignorance if multitudes of people on Earth believe in the words of those in higher positions such as a state President as if the rest of humans are playing games. If you see politicians, those in power, and the like for what they are, it is clear they are telling lies at all times. In the early period, most UFO contactees were obscure persons, such as farm workers, house wives, etc. As a general rule, a large majority do not believe in their testimony. From the standpoint of aliens, though, it should be natural to contact honest persons who never tell lies. Here also, the difference in basic values between the aliens and the present humans on Earth becomes clear.
For all information provided on this blog, these general tendencies of earthlings did not show much change. And while the same effort had been continued, things remained unsettled within tight time constraint. So, on February 9, except a part of people of Earth who were pure-hearted, it was decided to end the great mass of them.

At present, one out of 1,000 humans on Earth keeps his or her soul remaining. So far, earthlings who lost their soul have retained their ether body (ether double). But now, as a result of judgment by deities, almost all of these people have had their ether double extinguished with the exception of some who live with sincerity.

It was these gentry that hindered the salvation of Earth by blocking energy to be sent from deities and our brothers in the universe. They only sneered at information on UFOs and free energy as well as maneuvers aimed at covering up their presence. For this reason, deities decided to get rid of these evils.

The effects have appeared immediately, and higher dimensional spiritual energy can now be poured on Earth.

This account on February 9 is not very detailed or clear, but at that time, one out of 1,000 people kept their soul remaining in the Sirius System, as explained in an earlier post. In “Reformation of Heavenly World 32”, I told about how this execution took place. While the globalist powers had their soul extinguished, the target this time was extended to include ordinary people with their soul already extinguished.
With this execution, the energy blockages were now removed, so Earth got ready to receive energy for salvation. I quote from my diary of February 9:

“During my walk, around 0:15 p.m., spiritualization of Earth reached completion.” 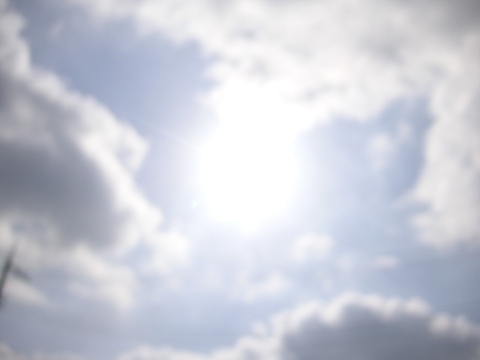 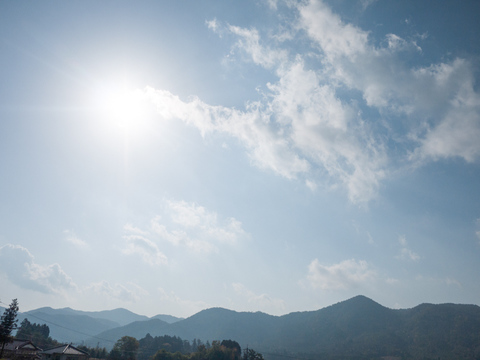 The vibrations of the Sun, the Earth and the Moon synchronize with one another to the point where they can be termed ‘three sisters’. As the vibrations of the Sun were enhanced on February 10, so the vibrations of the Earth and the Moon were enhanced in the same manner on the same day. However, every time various sad events had occurred, Earth’s chakras in the nerve plexus had been lowered to the level of Anahata chakra now and then. In such a case, I had helped and encouraged Earth not to be entrained by these events. It seems like She had got the hang of it day by day, becoming less and less disturbed by them. It was on one of those days that I received from Mrs. Seiko Nakanishi her illustration of the Linga Sarira of Earth. 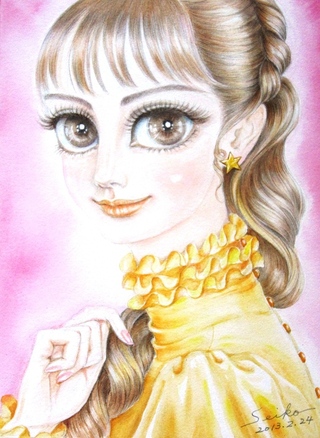 This illustration is admirable; it represents very well the Linga Sarira of Hanatachibana-no-himemiko (Earth). Though I have never seen Her through my incarnated consciousness, I intuitively know it exactly looks like Her. As She has been alive since before the birth of humanity on earth, I do not know how many hundreds of millions of years old She is in global time. However, if her youth is measured in the scale of the 100 years, she is a beautiful girl at the age of 10 years. Indeed, her presence deserves the name of “mother” for us humans, but actually her appearance is 10 years old in terms of human age. As is clear from the illustration, you will see how well She has become.

An enigmatic object shows up in an image captured by a solar observation satellite. The image of this phoenix-like enigmatic luminary has been released by NASA. What is this? 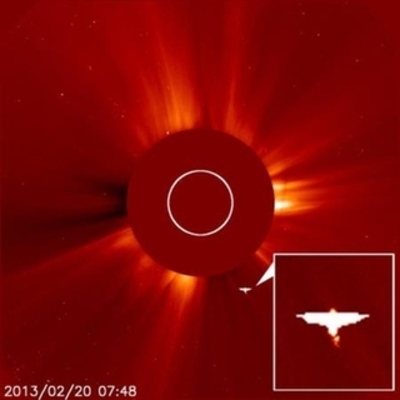 February 26, 2013, 11:41 a.m. -
“Thank you for waiting.
I am captain of this space ship, Yorokobi-takaku-utau-mikoto.
We have been investigating the solar corona. This is in order to check the explosion of solar flares.
It seems like we can prevent the occurrence of super flares one way or another.
However, the results depend on the consciousness of humanity to a large extent. So I hope you will continue praying with as much sincerity as before.
This is a UFO. Seen from the side, it would be recognized as such.
The crew members are 12,000 deities, including myself.
So, please give my best regards!”

Two days after Hanatachibana-no-himemiko (Earth) was depicted by Mrs. Seiko Nakanishi, the above correspondence arrived from Yorokobi-takaku-utau-mikoto, the 1st Heavenly Emperor of the Heavenly Deity 1st Level in the 5th “Creator Deity of Love” System (178th dimension). With this, a prospect emerged for avoiding superflares one way or another.