As I explained in the last post “Reformation of Heavenly World 35”, the Armageddon on Earth (World WarⅢ) was finally avoided in accordance with the words of the goddess when she appeared in Serena’s vision on October 23, 2012. However, in parallel with this critical period, the warning about a dangerous threat ― as difficult or even more difficult to avert ― had also been signaled by deities and aliens many times. This was the warning about the eruption of a “super flare” or an unusually large solar flare, as well as the “killshot” in which are produced a series of solar flares of considerable magnitude (though not as great as super flares).

Thanks to Serena’s vision, I came to understand the threat of solar flares did exist. My research on this issue resulted in the following article posted on Shanti Phula’s Blog on Current News in April, 2011 (whose excerpts are shown below).

“Serena saw how a number of cities would fall apart simultaneously, as was depicted in her visions on April 5. I was interested to know, based on scientific knowledge, whether or not these cities could become ruined nearly at the same time. However, now it has turned out to me that such events are likely to occur with a sufficient probability.”

...the burst of activity is only the start of the upcoming solar maximum, due to peak in the next couple of years.
...if something similar [to such strong geomagnetic disturcances in 1859] happened today, the world's high-tech infrastructure could grind to a halt.
... the big fear is what might happen to the electrical grid, since power surges caused by solar particles could blow out giant transformers. Such transformers can take a long time to replace, especially if hundreds are destroyed at once, said the University of Colorado’s Baker...

NASA scientists are predicting that a solar storm will knock out most of the electrical power grid in many countries worldwide, perhaps for months.

What would happen to nuclear power plants worldwide if their power - and most of the surrounding modern infrastructure - is knocked out?

Nuclear power companies are notoriously cheap in trying to cut costs. If they are failing to harden their electrical components to protect against the predicted solar storm, they are are asking for trouble...

Don't pretend it is unforeseeable. The nuclear power industry is on notice that it must spend the relatively small amounts of money necessary to prevent a widespread meltdown from the loss of power due to a solar storm.

The threat scientists warn of in this article is real and imminent. However, it does not seem like electric power companies will take measures to reinforce the emergency power systems to cope with blackouts in the nuclear power plants worldwide.

Normally, this is the case where institutions such as NASA should issue warnings many times and address emergency tasks. However, part of the global elite have the ambition to get rid of 90% of the entire human population on Earth by means of WWⅢ, so they presumably hope solar flares will cause catastrophes. In these circumstances, they cannot listen to the warnings amenably while thinking to take refuge in their underground shelter, of course.
Deities have been sending messages to humanity on Earth, one after another. The messages from deities and aliens which I am now introducing are the ones Ms. Seiko Nakanishi directly received [and interpreted] during her correspondence with them.

“Wake up promptly, all humans on Earth!
I warn you!
Do you want the Earth ruined?
We are concerned and watching you.
You must stop the operation of nuclear power plants immediately.
All nuclear power plants on Earth!
Act now, before it’s all too late.
The universe is on your side.
You will rejoice in your action if you start to act with courage.”
July 6, 2012, 5:59 p.m.

This correspondence is from Takaki-mikura-noboru-mikoto. I’d like to introduce the deity as he was depicted in Serena’s vision on July 10, 2012. 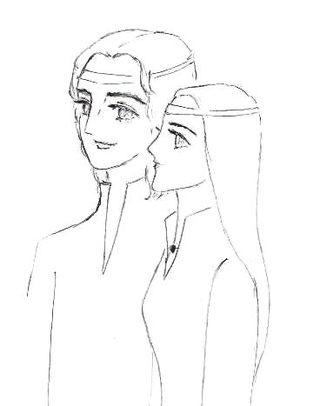 “The male deity of this couple is Takaki-mikura-noboru-mikoto, the First Heavenly Emperor of Creator Deity of Atma 1st level. The female deity is the Second Heavenly Emperor, Hikari-kagayaki-michiru-miyahimemiko.”

To my surprise, a UFO emerged at the occasion of London Olympic opening ceremony with Takaki-mikura-noboru-mikoto and his wife, Hikari-kagayaki-michiru-miyahimemiko, and other deities inside the vehicle. The following is the summary of an article containing a video and a correspondence on this topic.

Bringing in this article on the UFO that emerged at the opening ceremony of London Olympic, I asked Ms. Nakanishi to focus her consciousness on the UFO and get a correspondence.

She got a message from Matsukaze-wataru-mikoto, a male deity in the 8th System. It seems like this space ship took on Creator Deities of Atma 1st level such as Takaki-mikura-noboru-mikoto and Hikari-kagayaki-michiru-miyahimemiko, Tsuchioto-takaku-hibiku-mikoto and Tachibana-kaoru-miyahimemiko. These four deities appeared in Serera’s visions on July 10. Tachibana-kaoru-miyahimemiko is the wife of Tsuchioto-takaku-hibiku-mikoto, the goddess figuring in ⑦.

The message from Matsukaze-wataru-mikoto was as follows:

“I see a very beautiful light. Our task is to bring our massage to the one that has this light: Nuclear power generation must be done away with by any means.

Act promptly.
The trial will be over at the minimum cost.
I bless your efforts.”

Later, messages telling the Earth was in crisis arrived from various planets.

“I am in grief and sorrow. It’s hard on me!
Take off this pain from me and make the world a peaceful place!
Stop all wars and environment destructions immediately!”

“People on Earth, become aware of your state promptly!
Find out a safe way for you as soon as possible!
Otherwise, there will be no future for Earth.

Does not any one hear this voice? ― Earth is in danger!
She is in crisis!
There is no time for you to engage in wars!
There is no utilizing nuclear power for peaceful purposes! ― Awake promptly!
Now is the time for humanity to make a move in concert!

We are watching, concerned over you.
Save Earth!
Do not ruin the beautiful planet!
She is the most beautiful of the planets.

Awake promptly before it’s too late!”

As I wrote in “Reformatino of Heavenly World 34” on the topic of a Dialog with Earth, Her grief and sorrow was close to the limit endurance and something had to be done as soon as possible. However, since the efforts to avoid WWⅢ had to be prioritized at that time, there was no choice but to ask Her to bear the situation for a bit more time. Precisely at the time it seemed to me to be certain that WW III would be avoided, as explained in the last post “Reformation of Heavenly World 35”, I became clearly aware of what crisis to avoid next. 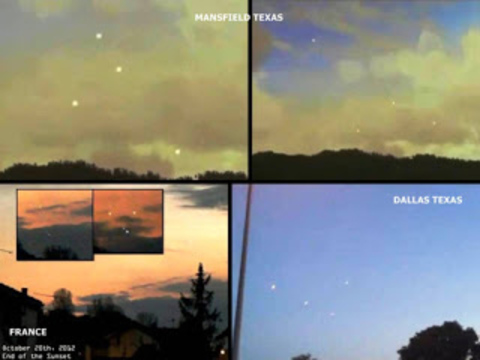 “We are from the Antares Star Cluster.
We have come to warn you, humans on Earth,
to stop nuclear power generation promptly!
Your brothers in the universe are concerned from the heart.
Please spread this information widely.”

This is from “Kumo-takaku-noboru-mikoto” in the 12 Systems. He wished me to communicate this message to Mr. Masatoshi Takeshita. (Seiko Nakanishi)

It is probably because the crisis is actually imminent that deities repeatedly warn us humans on Earth to stop nuclear power generation. The crisis anticipated to occur seems to be large-scale blackouts caused by super flares and the resultant meltdown of nuclear power plants.

The moment I became aware of the imminence of such catastrophes and the necessity to make efforts to avoid them, the following correspondence was received, showing clearly such was the case (for further details, refer to the original article):

“We are concerned over the future of the planet Earth and surveilling the situation constantly. In the near future, super solar flares are predicted to assault the Earth, causing global-scale cataclysms.

In particular, the meltdown of nuclear power plants is the most dangerous. You won’t make it in time unless all their operations are stopped immediately. (Yamanoue no Okura)”

“Now is a dangerous time. So we made attempts to gather attention to UFOs and our presence. Stop nuclear power generation across the globe immediately!”

His name was “Takakisora-no-mikoto”. The number of crews was 13 (from the 9th System).

When it was found that World War Ⅲ was avoided in all probability, the next crisis of super solar flares was found imminent. However, how to avoid this was unknown at that time. My thought was that if they were unavoidable, the damages should be minimized.